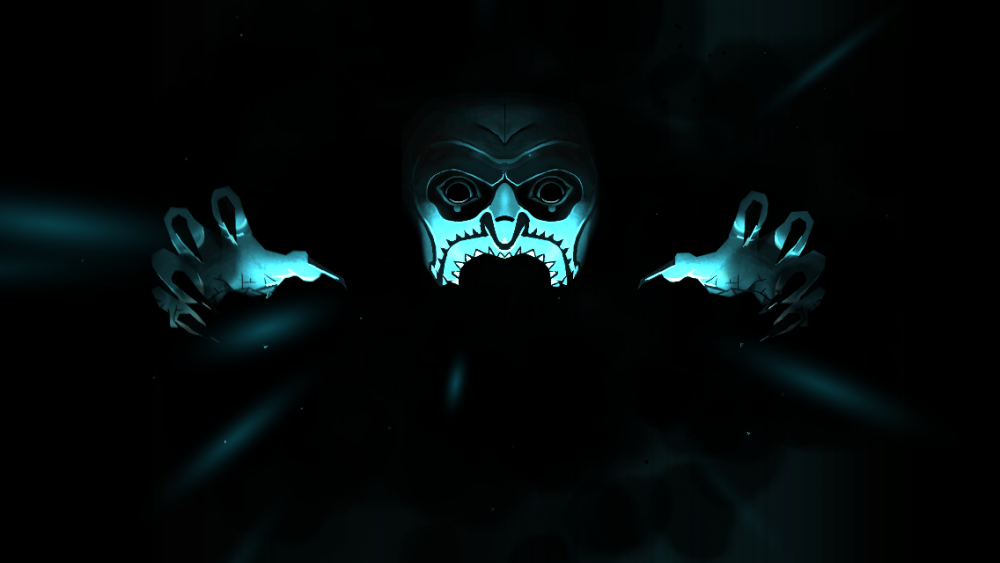 When it rains it pours, and in the fast-moving world of iOS gaming, the weather is consistently torrential. We’ve donned our yellow raincoats and braved the monsoon to bring you our monthly gaming rain check.

As usual this month’s deluge has it all - narrated shapes, Game Boy inspirations, a knife-wielding octopus, snow and games that are impossible to describe in two or three words, so I won’t even try.

Read the blurbs, check out the trailers, and pound away on the links to grab anything that floats your boat! Also be sure to check out our Top 10s for June, April, March, February and January.

Also, we have our Top 10 Best Free iOS Games of May live, too.

10. Table Tennis Touch (Yakuto)
There are already some solid table tennis games on the App Store, but Yakuto’s iteration takes the sport on iOS to a whole new level. Table Touch Tennis caters for both purists and fans of crazy minigames. The visuals are frighteningly close to photorealistic, the animation is smooth and the physics do exactly what you would expect them to do to ping pong balls.
Grab It Now

9. Kiwanuka (CMA Megacorp)
A strange and beautiful mix of magic and Lemmings, this is a puzzler in which you’ll create bridges and ladders from your band of intrepid citizens, guiding the way with a lightning staff wielding wizard. Rescuing prisoners and leading your lost crowd to freedom, Kiwanuka is unique, original and executed with a fantastical dreamy quality.
Grab It Now

8. Record of Agarest War (HyperDevbox)
Fans of deep strategy-JRPGs rejoice. With more than a hundred hours of gameplay, and a storyline that spans multiple generations of in-game characters, there is enough meat on the bones of this beast to satisfy even the hungriest adventurers. Interspersing grid-based strategical gameplay with free-movement sections - and full video cutscenes - if you’ve done everything there is to do in Final Fantasy Tactics, this should be high up on your list of what to tackle next.
Grab It Now

7. Thomas Was Alone (Bossa Studios)
Originally created by Mike Bithell and making a big indie splash on PC, Mac and PlayStation, Thomas Was Alone is a great fit for iOS. Who would’ve thought plain 2D shapes could be imbued with so much personality and cause gamers to care so much about their plight? The visuals and the puzzle-platforming alone have enough charm to win the day, but throw in genius storybook narration by British humorist Danny Wallace, and you’ll soon discover why this has already become an indie classic.
Grab It Now

6. Globosome: Path of the Swarm (Navel Games)
The idea for this exploratory action game spawned from the 2012 short film Globosome, written and directed by Sascha Geddert. The film’s themes delve into the similarities in how humans and bacteria develop - an unusual inspiration for a platformer. Rolling along and feeding on your environment in order to replicate and increase your swarm, Globosome draws out the theme of achieving through the power of community - its tools being lush platform environments and imaginative obstacles.
Grab It Now

5. OTTTD (SMG Studio)
Over The Top Tower Defence actually does the term “over the top” justice. Destroying creeping baddies sends body parts flying to the four corners of the compass, which is already a head start down this path of justification. Not satisfied with limiting its scope to cartoon-stylised mutilation and Tower Defence, SMG has also included an RPG element that has the player choosing from different classes of hero and upgrading their skill trees and abilities. Throw in elements of RTS, forty different weapons and a sense of humour that ties the whole package together, and you've got the most original tower defence game to grace the over-crowded genre in a long time. Oh yeah, watch out for the chopper-riding octopus. He’ll come at you with knives.
Grab It Now

4. 2-bit Cowboy (Cascadia Games)
Mix together Game Boy visuals, platforming mechanics inspired by League of Evil, and metroidvania level-exploration - all doused in an Old West theme - and you have 2-bit Cowboy. This fantastic 2D action-platformer offers up plenty of exploration for curious gamers in each of its twelve large levels. Ride horses, bulls and mine carts, collect rewards by completing missions found on wanted posters, and unlock thousands of combinations of outfits for your cowboy or cowgirl. It’s the first ever Westernvania.
Grab It Now

3. Battleheart Legacy (Mika Mobile)
Stripping away the excellent party system of Mika Mobile’s Battleheart and replacing it with a more standard RPG formula was a brave move that might have easily alienated fans of the previous game. But the developer has pulled off this bold move with grace. The original’s real-time combat system has been refined, and players can now concentrate on upskilling their hero using more than 150 skills across 12 different classes. An open world to explore, gorgeous graphics and fluid touch controls make this a must-have adventure for RPG fans.
Grab It Now

2. Botanicula (Amanita Design)
Playing as a band of adventuring insects and plant-creatures, you’ll embark on an adventure to defeat the parasites that are depleting Botanicula’s world of magic-infused nature. Amanita Design has followed up its previous title (and genuine classic) Machinarium with yet another beautiful work of art. The visuals and puzzles feel like they have been drawn from a well of symbology filled with the waters of dreams and the subconscious. Czech band DVA supply the music, too, and the resulting collaboration is a masterpiece of sound and light.
Grab It Now

1. Last Inua (Glowforth Game Studio)
Last Inua was the feature game in Grab It Magazine’s Episode #4, and garnered a near-perfect review score of 4.5 out of 5 stars, from reviewer Chris Stead. His verdict for Glowforth’s debut title concludes; “A super polished journey into an Inuit folktale that plays as good as it looks and sounds even better. Highly Recommended.” Last Inua’s rich adventure is painted from the heart, exploring the relationship between father and son, atop a canvas of folklore and tight, focused platforming. A worthy number one spot in another month where picking just ten games from so many fantastic releases is an enviable first-world problem to have.
Grab It Now