The news that the blockbuster Halo series is doing away with splitscreen gaming is a savage blow to the fans, the brand and the future of our industry. Until recently, Halo 5: Guardians was one of my most anticipated games of the year. Until I found out that you would be unable to play the campaign in splitscreen co-op. At first I thought it was a joke. I went around asking people on the E3 show floor, “did you know about this?” Some people did and sighed with resignation. Others didn’t, and were quick to join in my disillusionment.

Halo is splitscreen co-op - that’s what the brand represents. Yes, it has an amazing, rich sci-fi universe to immerse in and explore. Yes, it has a beloved cast of characters led by the iconic Master Chief, and a language that’s crossed into the grander gaming landscape. Yes, it has a fantastically executed and stunningly fun multiplayer component. But more than all those things combined - the thing that lifted the IP off shelves and dragged a whole console along with it - was being able to play it all, with a friend, on the couch.

I’ve played every Halo game to date to completion with the same friend. As we’ve grown older, it’s been harder to make the time, but I’ve held off turning a new entry on for up to year waiting for a chance to us to play the game together on the same couch. Not online – together. With beers, pizza and a whole weekend off.

Because co-op isn’t a mode – it’s a culture. It brings with it a comradery that goes beyond the game. It breaks the fourth wall as you work together to beat its challenges and share the experience; debating each narrative twist and turn. People who play same couch co-op could easily play by themselves, or online, but they choose not to. They go to the extra effort of investing in that culture, because the enjoyment is unmatched. Especially in a game where so much of the story is emergent, driven by your unique interactions with the game’s AI ecosystem.

Halo did that better than any other title I’ve played before. It didn’t short change you on its story, its gameplay or its visuals, as it always understood it was servicing fans of co-op gaming. It knew the greatest Halo stories wouldn’t even star Master Chief.

They were the ones where you’re left fighting off a whole arena of Covenant alone because your friend has run the wrong way and ended up at the start of the level. Where you’ve left your colleague to draw all the fire so you can try to sneak around behind the enemy’s position to get to the next checkpoint. Where all the neighbours can hear is “dude, I’m upstairs. Dude, look for my marker, I’m this way,” or “come pick me up, I’ve lost my Warthog.” 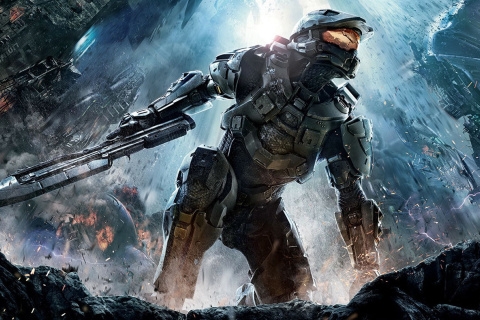 Now 343 Industries has killed it all. Halo 5: Guardians has no splitscreen co-op – for this developer, it would seem splitscreen gaming is just a mode. Something to be culled in favour of maximising visuals and creating greater scale. Read this recent developer blog for yourself – 343 Industries just don’t get it. The developer believes that previous Halo co-op experiences were weak as it was truly just a single player game, and only now - by taking it all to dedicated servers and upping the scale – is it delivering real Halo co-op.

In the Halo 5 behind closed doors session at E3 2015, the developer tried to convince us of this. The representatives spoke about how they had created these really smart AI teammates that can revive you. Or how you can order an AI to revive another AI in your squad. Or just order your AI to do stuff in general. Geez, how generic. How lame. How boring. Why would I want the AI involved at all when I’ve spent over a decade doing all that same gameplay with a friend?

Then they wafted on about how awesome it will be when people can just drop in to your game world and take over an AI, and then leave and it won’t affect you at all. That just sounds truly horrible. Why would I want to experience random sections of the game with random people? How’s that going to come close to matching the thrill of playing through the whole storyline with a close mate on the same couch? Of being able to tell stories about our escapades years later.

It gets worse. This game “was built from the ground-up for Xbox One” so the team “can push innovation,” which means 343 Industries hasn’t even built splitscreen campaign capabilities into the code for Halo it plans to use across this whole generation. This extends to online multiplayer, where the ability to play multiplayer with a friend as a guest has been removed – possibly the second best feature of Halo.

“Our decision was driven by a desire for scale, fidelity and focus to ensure that we would deliver the best quality experience possible. With Halo 5 we are delivering massive scale environments, improved AI behavior, increased visual and gameplay fidelity… something that truly takes advantage of a new platform. Many of our ambitious goals for Halo 5 would be compromised in a split-screen setting and the time spent optimizing and addressing split-screen-specific issues would take focus from building other parts of the game. Game development is a balancing act of resources, time and technology, and in this case we made the tough decision to sacrifice something that’s been near and dear to us all.”

How could they get it so wrong? This quote from the developer blog speaks to the lack of understanding 343 Industries has for what Halo is truly about for millions of its fans. Visuals, AI, scale - all those things are important, but they all come secondary to keeping Halo’s soul intact. And that meant keeping splitscreen gaming.