Featherweight Games may want to go up a weight division. The little Australian two man indie team, alongside partner in crime and veteran local developer Dan Graf, have a heavyweight hit on their hands. While massive sales numbers are nothing particular new with free mobile games, passing the 50 million mark is still a huge win for such a small little team and one worth celebrating.

Yes it's true; you can make a little game in your home in Australia and go global.

In Rodeo Stampede – Sky Zoo Safari (which is the full name) your goal is to populate a zoo with wild animals, in order to attract more visitors and earn more money. This in turn can be used to upgrade your enclosures. However, capturing these wild animals involves riding your way through nature, leaping from one animal’s back to another in an attempt to tame them. All while trying to avoid obstacles and not fall off. Viewed from an isometric view and with a range of environments and animals to discover, it’s far from the world’s hardest game. However, by combining this addictive, arcade action with a Zoo Tycoon-like management layer has obviously proved to be a big winner for gamers.

In an interview on the GameHugs podcast, developer Dan Graf – who previously worked with other Australian global success stories Fruit Ninja and Jetpack Joyride developer Halfbrick – confirmed that the game has passed the milestone. It is also confirmed on his Linkedin profile. He didn’t confirm how many of those downloads were on iOS and how many were on Android, but he did suggest the game is seeing around 10 million downloads a month.

The game is seeing continuing free updates, too, with the most recent in January adding a new Tundra Zone, 50 more animals and Chinese New Year themed map, animals and hats. The team is also working on an update for Valentine's Day. If you want to see what Rodeo Stampede is all about, you can download it on iOS here. 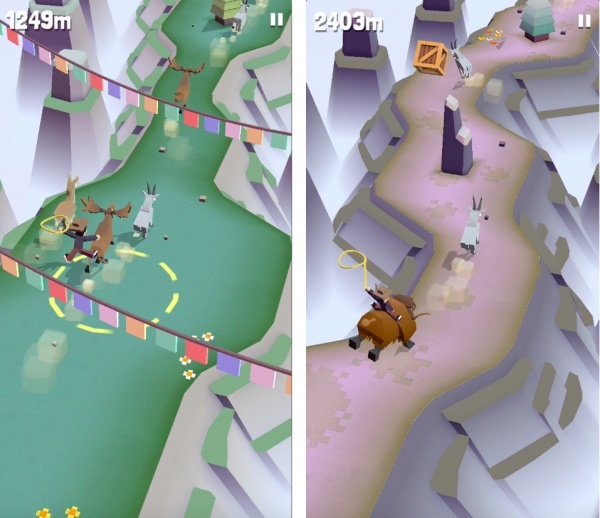