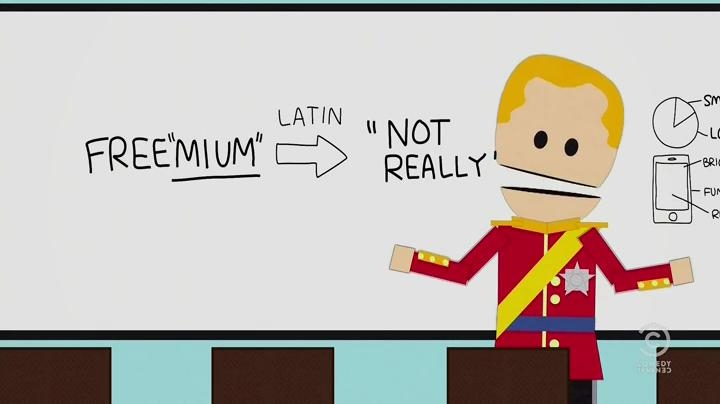 Earlier this year, I wrote an opinion piece asking whether Apple should be held accountable for shifty pricing practices. I’m sure we’re all familiar with the sort of games being referred to here. A shiny new “free” game pops up on the App Store, only for it to be riddled with intrusive IAPs or advertisements. Clash of Clans, The Simpsons: Tapped Out, and Family Guy: The Quest for Stuff all come to mind. As I previously suggested, both developers and Apple need to shoulder some of the responsibility for these woeful pricing strategies.

Although I personally find this pricing/sales model quite distasteful, that’s not my main gripe. Rather, the heart of the matter has to do with transparency. Advertising a game as “free” only for large portions of the game to be locked behind a pay wall is misleading at best and blatant false advertising at worst. A game such as Touch Force, which is advertised as “free,” can only been enjoyed for around 3 minutes before needing to fork out real money to continue playing. By any standard of reason, that is completely outrageous. South Park may have been on to something.

These advertising practices were considered serious enough to receive the stony eyed gaze of the executive body for Europe, the European Commission. As of March, the Commission had announced a raft of plans to tackle misleading advertising and dodgy pricing practices of players in the “App Industry.” At the time the outcome was on a knife edge: who would budge first?

Interestingly, about a week ago a fairly small (yet not insignificant) change appeared in front of our eyes. Previously when you went to download a free game on the App Store, the button would read “Free.” However, that has now been changed to “Get.” Presumably, although it’s not entirely clear, this change was implemented in response to the aforementioned legal threats looming on the horizon for Apple. Undoubtedly, it’s a small win for consumers.

But that, in itself, is also a problem. It’s only a “small” win. At least conceptually it is now clearer that the game I am about to download is not necessarily free. Apple seems to have also gone a step further, requiring developers to include a comprehensive list of IAPs within their game. This is a very good move. But it's still not entirely clear what the impact these IAPs will have within a game. What exactly am I “getting” here? Am I downloading a game featuring largely cosmetic IAPs that won’t necessarily affect the flow of the game? Or is it a game that is basically unplayable unless I fork out my hard earned cash?

I selected a game at random from the front page of the App Store called Global Assault by Kongregate. The cost of the IAPs range from $3.79 to $129.99 (Australian dollars,) featuring generic titles like "limited time pack" and "crate of volts." How am I supposed to make an informed judgment about the necessity or pervasiveness of these IAPs based on their titles alone?

What we need to see from Apple is even more stringent guidelines on the type of information that developers have to offer alongside their App. A brief description of each IAP is a good start. A more detailed outline of the necessity of these IAPs would be even better. Perhaps even a disclaimer should be offered if advertisements will pop up mid game. Some people might decry these measures as going overboard. But for once why can’t we let consumers decide whether or not to use the information? Full disclosure and greater transparency allows for more informed decision making.

But let’s not let developers off the hook either. They also have a role to play in fostering better pricing strategies. Personally, I would much prefer the option to pay for a game upfront to unlock the entire experience, rather than acquiring it for “free” and then pay through the nose for IAPs or be inundated with advertisements. Indie developers like SMG Studios (One More Line) get this. Unfortunately, this idea is more of a long shot given that consumers seem relatively comfortable paying exorbitant amounts of money collectively for IAPs.

So how should we view these recent developments? It may be baby steps, but changing the classification of games from “free” to “get” is a win, however you might look at it. But let’s not stop there. If we want genuine and radical change, we need to keep calling out both Apple and developers to provide us with better information so that we can make more informed purchase decisions. Voting with our wallets or deciding not to download that "free" game is one way to get that attention.