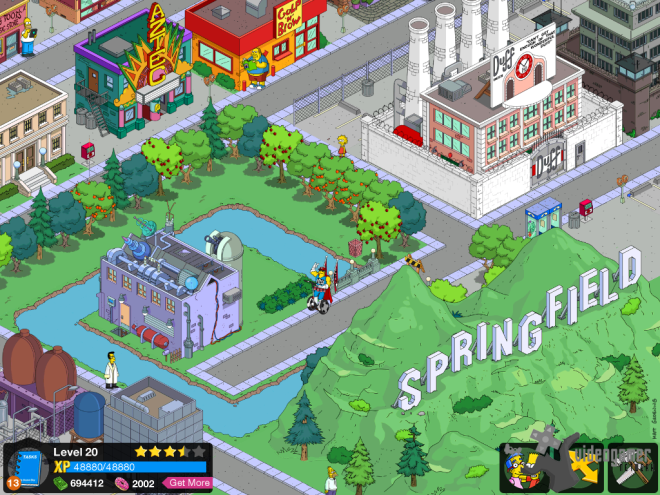 Are we about to see a radical shake up in the way mobile games are priced? If recent events in Europe are anything to go by, the answer is an emphatic yes.

Is it free or not?
The European Commission – the executive body of the European Union representing the interests of Europe as a whole – has announced plans to tackle misleading advertising and pricing practices of players in the "App Industry." This follows a raft of complaints from consumer groups all over Europe.

The Commission, in particular, singles out the issue of games being advertised as “free,” when they often entail in-app purchases (IAPs.) Here’s what they said:

"The use of the word 'free' (or similar unequivocal terms) as such, and without any appropriate qualifications, should only be  allowed for games which are indeed free in their entirety, or in other words, which contain no possibility of making in-app purchases, not even on an optional basis."

I’m sure we’re all familiar with the sort of games being referred to here. I recently picked up the vertical shooter Touch Force, which is advertised as “free.” However, this free play only extends to the first boss, lasting around 3 minutes. This certainly feels like blatant, misleading advertising. Others, like The Simpsons Tapped Out are more subtle, masters at dangling the carrot and adding perceived value to high-end IAPs.

The Commission is also exploring other common concerns raised by consumers including; direct exhortations to children to buy items in a game, automatic debiting of customer's payment accounts without explicit consent and the lack of easy communication channels (e.g. email address) to contact “traders.”

Pointing the finger.
Until we see a firm resolution on these matters, it’s worth doing some navel gazing and asking the question: who should be held accountable in the “App Industry?”

Developers must shoulder some of the blame because it is their role to set the price of their games and IAPs. In seeking to foster customer loyalty, developers should take the high road and be completely transparent in their pricing structures.

However, it is the “tech companies” like Apple and Google that are ultimately responsible for the content on their respective App Stores. It’s not good enough for a company like Apple to wash its hands of the matter and shift the blame elsewhere. At the very least, these companies should be seen to be working in good faith with consumers on these matters.

Let me draw an analogous example. Until recently, Microsoft employed a “points” system for its online Xbox service. Prices for games, videos and other apps were denominated in points (e.g. 1000 points) rather than real currency. An exchange rate was used to convert actual prices to their equivalent points. These points could only be purchased by consumers in blocks. There simply was no justification for the use of this points system, aside from obfuscating the true purchase cost. The system lasted many years and it is only recently that Microsoft has switched to a real currency system.

We’re currently in a similar situation with mobile gaming. There is no possible justification for games to be advertised as “free” whilst containing invasive IAPs. It is misleading and false advertising in its purest form, designed only to obscure the true cost of a mobile game. This can only lead to a perception that companies like Apple are trying to pull the wool over consumer’s eyes.

Watch this space.
We’re still very much in a “watch this space” mentality, with the Commission recently meeting with Apple and Google, consumer protection authorities and policymakers to discuss clearer guidelines. Given the complexity of the sensitive issues being dealt with, I wouldn’t expect to see a final conclusion from the Commission any time soon.

But as is often the case in sensitive consumer matters, regulators from multiple jurisdictions will no doubt be keenly watching these proceedings in Europe with interest. After the dust has settled, don’t be surprised to see consumer bodies in a raft of other countries begin to seriously engage the public and technology companies on pricing issues and advertising. We may even see a barrage of legal cases against Apple and Google seeking compensation for the cost of misleading IAPs.

And in my opinion, fair enough. The system is well overdue for an overhaul, and change only ever comes kicking and screaming.