The possibilities are endless if Magic: The Gathering were to ever branch out into other franchises. 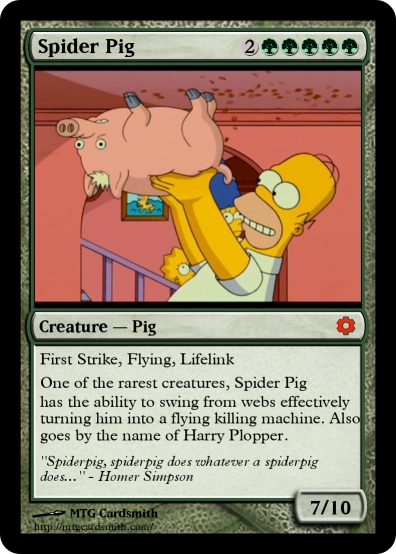 Collectible card games (CCGs) are so damn hot right now, with the likes of Hearthstone and Armello making massive waves throughout the industry. However, the undisputed king of CCGs still remains Magic: The Gathering. Since launching in 1993, the Magic series has grown in leaps and bounds. One of the biggest changes to come to the series occurred a few years ago when Magic made the jump from being a pure physical-based card game to entering the digital world. It has even reached the point where Magic is going to be turned into a movie, penned by one of the writers from Game of Thrones. You can try out the latest iteration of Magic for free on iOS by picking up Magic 2015.

Magic 2015 was our massive cover story in Episode 6 of Grab It. In a world exclusive feature, we talked to Wizards of the Coast about the making of this latest digital iteration of the classic formula and delved deep into the origins of the phenomenon way back in the 1980s. We also reviewed Magic 2015, awarding it 4.5 out of 5 stars, calling it a genuine Magic experience that is welcoming to newcomers whilst providing strategic depth for veterans. If you want to read a snippet from our huge feature article, check out our story on Why Humans Will Always Defeat Terminators At Magic The Gathering.

With too much free time on my hands, I got around to thinking the other day - what if The Simpsons had their own Magic card set? Well thanks to the awesome website MTG Cardsmith, I didn't have to imagine for long. With an extensive arsenal of Simpsons knowledge up my sleeve and 30 minutes of my time, I put together a sample of Simpsons Magic cards. Personally, I really liked how they turned out!

So, what do you think of my efforts below? Should The Simpsons have their own Magic spin-off? What other shows, games or movies would you like to see turned into Magic decks? I might even get around to turning some of your best responses into Magic cards.

Also read: Our exclusive Making Of interview with League of Geeks on Armello, found in Episode 8 of Grab It. 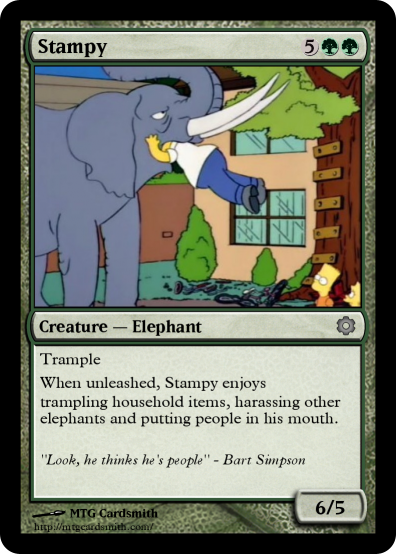 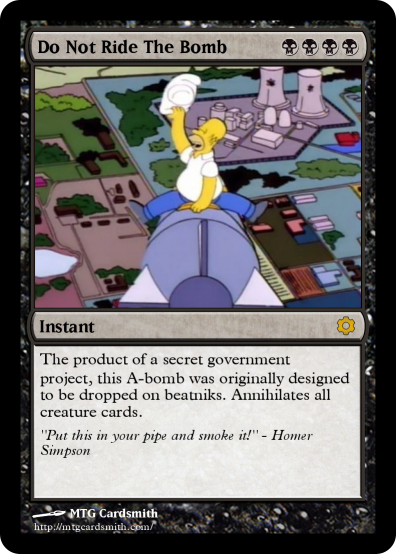 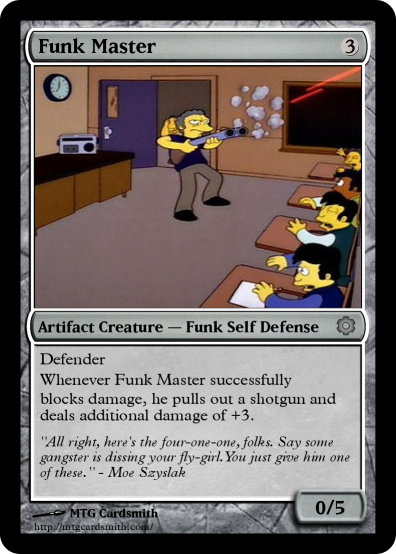 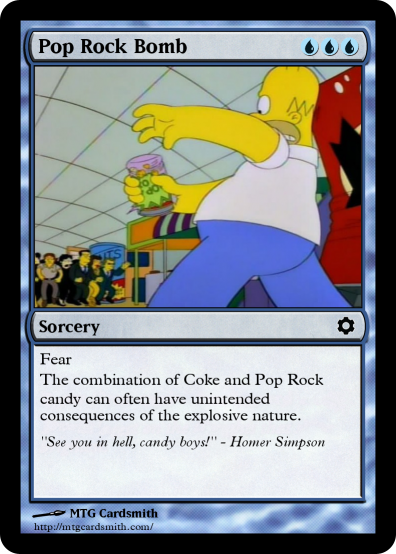