It's hard not to cheer for Australia's relatively small indie game development community, which punches well above it weight in consistently delivering global blockbusters despite internet speeds you'd lament in the nineties and a famously squeamish classification board. This past weekend, the nation celebrated Australia Day the only way it knows how - beer! - so we thought it was a great time for us all to celebrate the fine work of its developers. Looking through this list, it's encouraging to think so much gaming goodness can come from a country with a population of a little over twenty million. Without further ado, check out this great lineup: 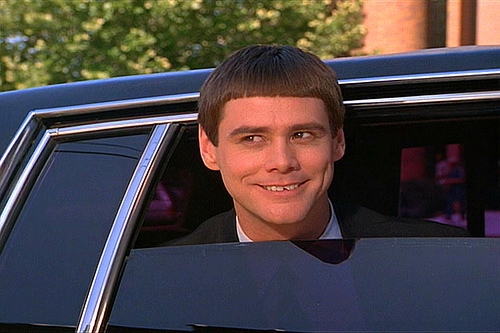 Halfbrick Studios:
Surely you've heard of a little game called Fruit Ninja? Releasing in 2010, Halfbrick Studios found huge success with this fruit slicing classic. It's to the studio's credit that it hasn't just ridden on the coattails of that game’s success and tried to rely on a flurry of themed sequels. Instead Halfbrick has gone on to create a truly diverse body of work that now includes Jetpack Joyride, Band Stars and Fish Out of Water, amongst others. Its most recent offering, Colossatron, is again unlike any of its previous games, and is most easily described as a modern take on the old mobile game Snake. With layers of depth waiting for those who scratch below its casual surface and the usual Halfbrick polish, it adds to the belief that any Halfbrick game is now an App Store event. What will they come up with next?

Defiant Games:
This studio is also based out of Brisbane, the same city as Halfbrick Studios, so we're thinking maybe there is something in the water there that reacts to game developer DNA. Ski Safari brought these Aussie developers to the world's attention in early 2012. It's a fantastic auto-runner with a lot of charm, and has received constant updates ever since release. The developer has most recently partnered with the Adventure Time cartoon series to create the spin-off Ski Safari: Adventure Time. Defiant also has Heroes Call in its catalogue, which is a solid action-RPG, and the planet-hopping action-puzzler Rocket Bunnies. Currently Defiant is working towards the PC release of Hand of Fate, an intriguing looking card battling game, and given its history, we anticipate seeing an iOS port or spin-off in the future.

FireMonkeys:
In 2011, two successful development studios in Iron Monkeys and Firemint combined to form the formidable Firemonkeys. Between them they have a significant back catalogue of games that have greatly impacted the App Store. Flight Control and Real Racing from Firemint, and Mass Effect: Infiltrator and Dead Space from Iron Monkeys to name a few. Since its capture by publisher Electronic Arts, Firemonkeys has released Real Racing 3, a free-to-play racer that is a great "example game" when you need to show someone just how powerful your iDevice is. Real Racing 3 has a huge selection of cars, weekly racing events and regular updates. Firemonkeys is also looking to distance itself from a rocky start with Real Racing 3's IAP model by listening to what the series' fans want. If it passed you by at release, it is worth giving it another chance, as it is almost unrecognisable from the game that originally released.

BeerMogul Games:
With a name that makes us thirsty, developer BeerMogul Games found its way into our 50 Best Indie iOS Games of 2013 list with Formula Legend, a game we reviewed in our free sample issue. The developer's F1 management sim got a good launch off the line and continues to grow in depth as BeerMogul tinkers under the hood, adding new features on the request of a dedicated player base. The studio founder, even dropped past at Christmas to give us his top 10 games of 2013 list.

Kumobius:
A three person game studio based in Melbourne, Kumobious was founded in 2011. For a small three person team they've already made some good sized waves on iOS with three big hits in three productive years. There's Time Surfer, a game combining the physics mechanic of Tiny Wings with time travelling. Then Bean's Quest, a polished retro platformer with 50 levels and great replay value for those who love their speedruns. It was the success of Bean's Quest that provided the nudge they needed to turn making games into a full time occupation. The team's latest release, Duet is a step away from the brightly coloured and traditional gameplay ideas of Kumobius' previous games. A minimalist and artfully designed skill based puzzler with an entrancing soundtrack, it's been doing the rounds and earning plenty of kudos.

Mu & Heyo:
A two man team also based in Melbourne, Mu & Heyo's release from late 2013, Boson X was a behind the back runner with a psychedelic twist. Think Temple Run on LSD. Reviewed in Grab It Magazine’s free sample issue, writer Jesse Miles gave it 4.5 out of 5 stars, praising it for its “surreal art direction and high intensity gameplay.” What next Mu & Heyo? Perhaps there are some clues in founder Ian MacLarty's Top 10 Games of 2013.