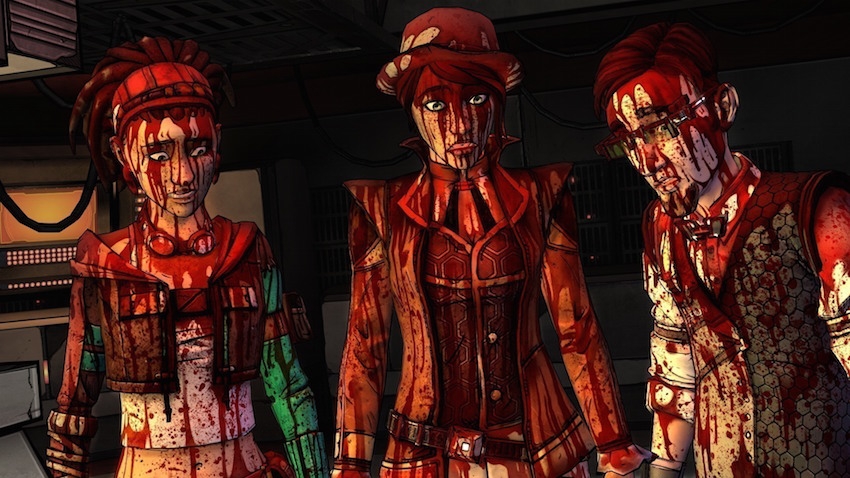 Note: If you haven't yet, check out our review for Episode One of Tales From The Borderlands, Zero Sum.

Since the first episode of Tales From The Borderlands we’ve had two entries in Telltale’s Game of Thrones series. Don’t get me wrong, I love the steady flow of Telltale games, but it does feel like quite a while since I first set foot on Pandora with Fiona and Rhys. With Atlas Mugged we’re given a noticeably shorter stint on Pandora that still manages to delve further into each character, expand the roster of likeable characters, and improve upon what is some of the best video game humour in recent memory.

When I reviewed the first episode of TFTB, Zero Sum, back in January, I complained about the Borderlands franchise exploiting the deceased villain, Handsome Jack for all it was worth. I’d like to apologise for those concerns. Because, the second episode of Tales From The Borderlands escalates the funnies to a whole other level, and much of it is thanks to the “ghost” of Borderlands favourite asshole, Handsome Jack.

Atlas Mugged follows on directly from the final moments of Zero Sum. Fiona, Rhys and the rest of the crew have just stumbled upon some vintage Atlas technology, and Rhys has found himself as the unwitting host to the spirit/hologram of the ex-Hyperion overlord, Handsome Jack. Without spoiling too much, Rhys is the only one who can see Jack. This lends itself to some of the episode's most gloriously lowbrow jokes - and handsome Jack isn’t the only antagonist in Atlas Mugged.

A few characters return from the first episode and even more aggressors are added to the lineup. It’s a rare occasion when the ragtag group of con artists and Hyperion scum meet anyone with an inch of sympathy for their self-inflicted predicament. And Fiona is still in fine form during the flash-forwards as she continues to debase Rhys’s claims to heroics. Atlas Mugged does a great job of reminding you that, outside of your little team, you are the bad guy. Then again, everyone is a bad guy on Pandora I suppose. 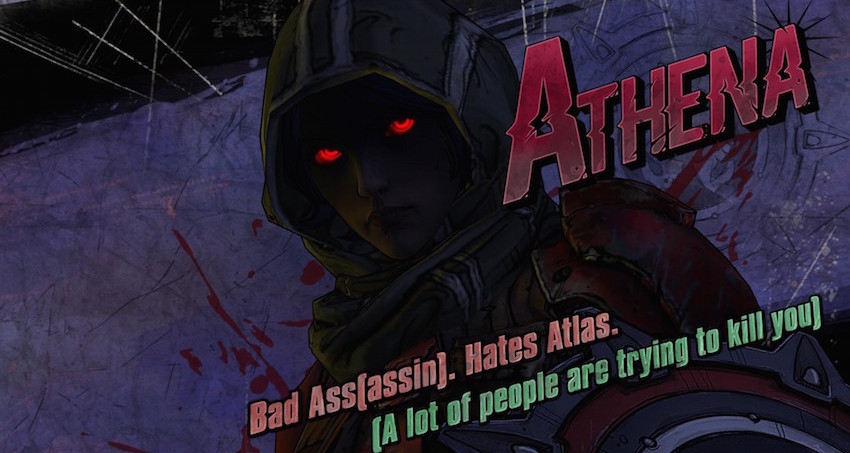 Except for one. The splendid and ever loyal automaton, Loader Bot. Yes, Loader bot is back. Players immediately fell in love with the robot and Telltale took notice, because in Episode 2 Telltale has expanded its role, really making it feel like part of the gang. Admittedly, Loader Bot is used multiple times to get the player out of an otherwise hopeless situation, and treads closely to Deus Ex Machina territory. Luckily, Telltale reins it in a bit towards the end of Episode 2, and the characters are forced to duke it out on their own.

With the number of people who want your head expanding, Atlas Mugged shows how the characters struggle as the walls are closing in. You’re immediately asked to gamble with fate, and in my situation, the risks I took paid off. Decisions from episode one echo through Atlas Mugged in a variety of interesting ways, and you’ll be thankful (or in some cases, regretful) for the decisions you made. Though, with that said, Atlas Mugged never seems to reach the same heights of the thrilling action as the first episode. Though there are a few scuffles and desperate flees for survival, nothing quite matches the exhilaration that was felt at Bossanova’s Death Race, or choosing your arsenal with Loader Bot and decimating waves of bandits. Instead we get a more layered exploration of each character’s personality.

Again, this is all dependent on the choices you make. But, whereas in Zero Sum I tried to shape Rhys into an optimistic Hyperion tool, and Fiona into a no-nonsense badass, I felt compelled to give Rhys a bit of grit, and to soften up Fiona a little in light of certain events. As Rhys, you’re given the opportunity to idolise Handsome Jack, but given his current state I decided it would be fun to berate him at every chance I got. As a result, I got some fantastic banter between the two as Jack grappled with his situation. And given the final scene with Fiona and Sasha’s mentor, it falls upon your shoulders whether to stoke Sasha’s vengeful fury, or to encourage a more compassionate point of view. I decided upon the latter due to a mid-way reveal that will certainly have a large impact in episodes still to come. 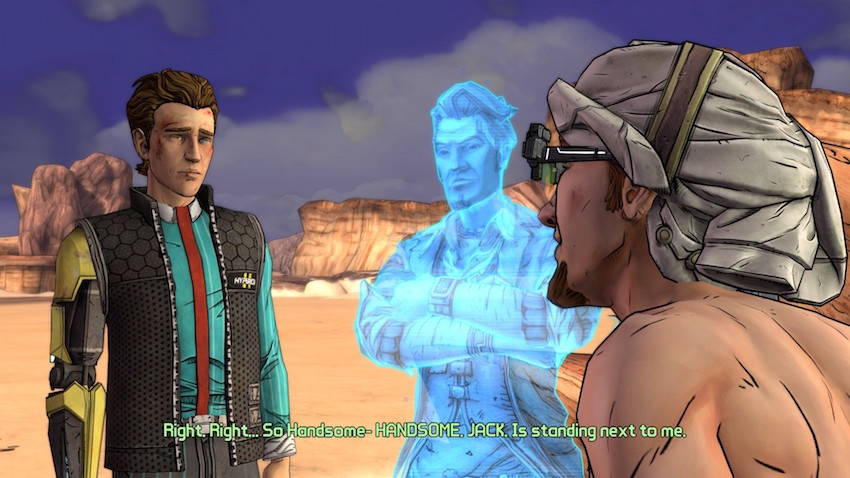 Speaking of episodes to come, the one thing I can’t really get on board with yet is Fiona’s stockpile of money and resources, and I’m beginning to wonder if my time would be better spent being a little more frivolous. I was given the opportunity to upgrade part of my inventory in Atlas Mugged, and although I’ve stockpiled my cash like a Pandorian Mr. Krabs, I could never afford the high tier products. Other than cash, I don’t think there’s anything you’ve procured that comes to any use in Episode 2 (except for one story related item towards the end).

Rhys’s echo eye is also of infrequent use in Episode 2. In Zero Sum, there were many scenes where you could switch on the echo eye to scan your surroundings. Sometimes it was of use, and at others it just provided funny little bios on random objects. Either way, I felt it was a sweet addition that added another layer to the gameplay and it just doesn’t pop up all that often. Although, free-roam scenes rarely do and this could simply be a product of the shortened playtime. There are a few little things like this that fall to the wayside in Atlas Mugged, but thankfully the story benefits and it all feels like primer for some epic episodes in the future.

Tales From The Borderlands: Atlas Mugged, although a brief foray into one of Telltale's most exhilarating series, is an addition that manages to amplify the comedy while also doing justice to each character’s arc. And although its combat scenes never quite live up to the grand spectacles of the first episode, there is still plenty to love about our second outing with the hapless vault hunters.

References:
- Tales From The Borderlands
- Game of Thrones