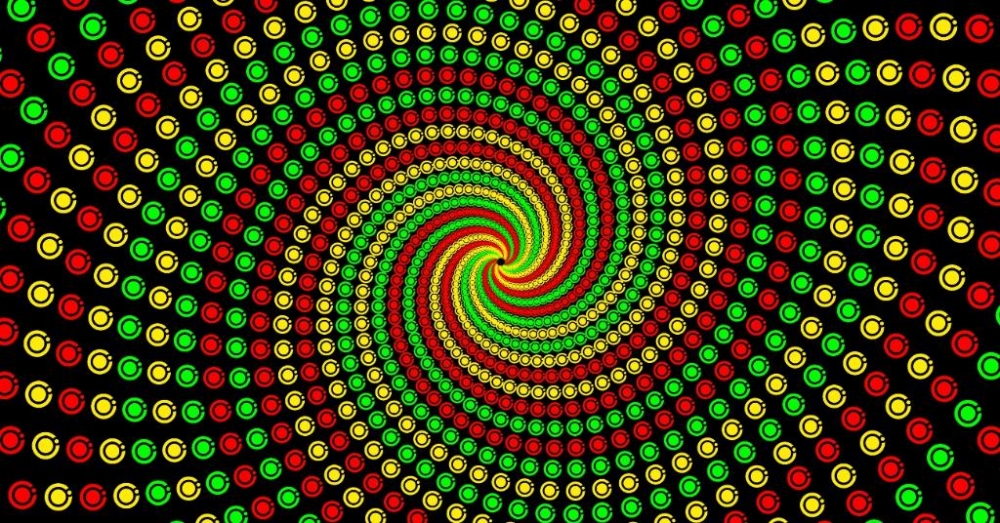 2014 was a cracking year for intriguing puzzle games on the App Store. Our inquisitive minds and twitch reflexes were treated to the likes of One More Line, Avoid Sensory Overload and Lex, even while our patience was pushed to the very limit. Already this year looks to be shaping up nicely with what might be the first big puzzle game to suck up our precious free time - Satellina from indie dev Moon Kid.

Satellina defies easy classification, but is best thought of as a raw, twitchy, stripped back puzzler. It’s not easily comparable with other puzzle titles out on the market, but if you combine the successful gameplay elements of Threes! with the survival elements of Helix and add a bunch of charm to boot, you’re heading in the right direction.

You're tasked with guiding a little circular avatar around the screen to collect orbs, traffic light coloured in green, yellow or red. However, you can only grab the green orbs whilst avoiding the other colours, otherwise game over man. Once you grab the full set of green orbs, the yellow orbs turn green while the red orbs turn yellow and so on.

Of course, nabbing the green orbs isn’t as easy as sneaking off with an apple pie, cooling softly upon a windowsill. Each level is, in itself, a trippy puzzle with a kaleidoscope of multicoloured orbs flying around in every direction - I assume it's what it must be like inside a hippy's dream. I found the puzzles to be genuinely fun to navigate and most were quite visually impressive, too. You’ll need a sharp mind, keen eye and deft touch to complete some of the puzzles, although it’s nice that the difficulty never ramps up to the point of being frustrating.

Each stage has five puzzles of varying difficulty and they need to be completed in two and a half minutes to unlock the next stage. In total there are 50 levels (10 stages comprising of five puzzles each). When all is said and done, it should take you around 20 minutes to finish the game. I would like to have had the opportunity to play a few more levels as it felt like I had just started to find my groove when it all ended. That being said, there is some replayability with online leaderbaords allowing you to pit yourself against other players.

My main gripe with Satellina is that, with only 50 bite-sized levels, it’s a shame that some puzzle ideas are recycled a number of times. I found it difficult to shake off a sense of déjà vu, particularly when some of the later levels bore more than a passing resemblance to levels I had played not five minutes earlier.

For a first outing, Satellina is an incredibly solid effort from developer Moon Kid. It’s a game that has the potential to appeal to a wide audience and one that could easily eat up a large portion of your time if you do get sucked into competing with other people via the leaderboards. With such a strong start, I’m excited to see what the future holds in store for Moon Kid.