After 20 long years, does Gabriel Knight still stack up as one of the best adventure games of all time? 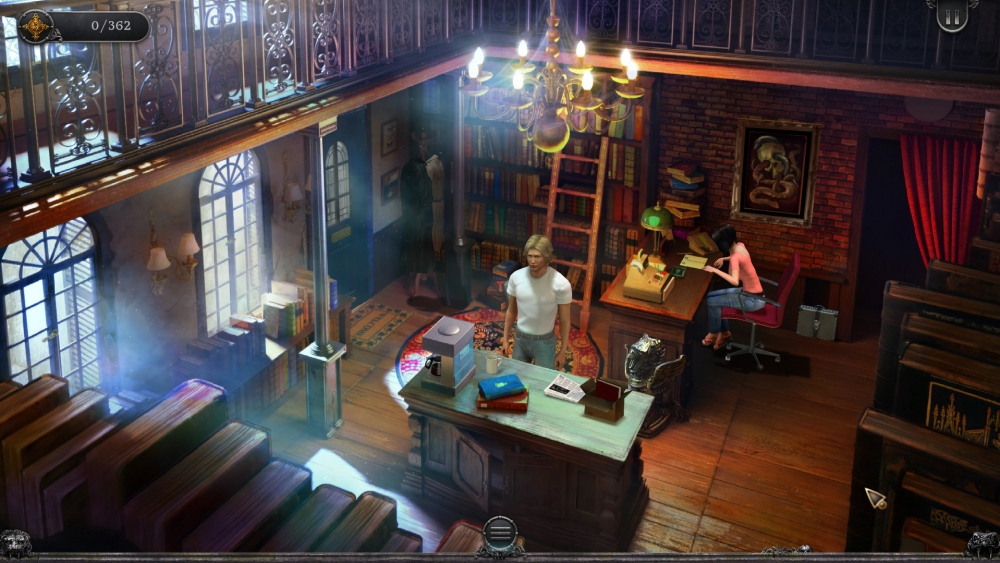 Over the past few years, the announcement of the latest “classic game” to be remastered has become as predictable as an annualised entry in the Call of Duty series. But when done right remasters have a lot to offer, appealing to rusted-on fans while hopefully bringing new converts into the fold. So what happens when a facelift is applied to a 20-year old game like Gabriel Knight: Sins of the Father? Is it a feeble attempt to turn back the clock, or a masterpiece of the finest calibre? Well, just like any sort of cosmetic surgery, Gabriel Knight may look beautiful on the outside but it doesn’t always mask the underlying flaws.

As far as remakes go, I was blown away by how drop-dead gorgeous Gabriel Knight looks. In fact, it might be one of the most beautiful looking mobile games I have ever played, which is quite an amazing feat considering the original was released in 1993. The remastered artwork uses such a rich colour palate that it really brings to life the vibrant atmosphere of New Orleans, even while highlighting its less attractive side.

For a similiar game read: The Blackwell Trilogy Review

If you want to see how far the game has come, one of the excellent new features is the inclusion of the original concept art in the in-game journal (along with interviews and other behind-the-scenes material). This is a game where graphics truly do matter. The attention to the finest artistic detail in the remake creates a sense of immersion that could never be achieved with the blocky, pixel graphics of 1993. A sunny New Orleans park buzzes with colourful activity and even more colourful characters, while a grisly murder scene is as disgustingly detailed as you might imagine. Pinkerton Road has set the bar for what a remake should look like.

Speaking of which, even after 2 decades, the noir-inspired detective story, setting and atmosphere of Gabriel Knight remains up there with the best ever conceived for an adventure game. Spread over a 10 day period and set against the backdrop of New Orleans, the titular author Gabriel Knight gets sucked in to an investigation involving a series of Voodoo-esque ritualistic murders. It is such a rich setting to tap into, dripping in culture and mystique that pulled me and refused to let go. I get the same feeling when I watch the James Bond movie, Live and Let Die, or even playing the Monkey Island series. 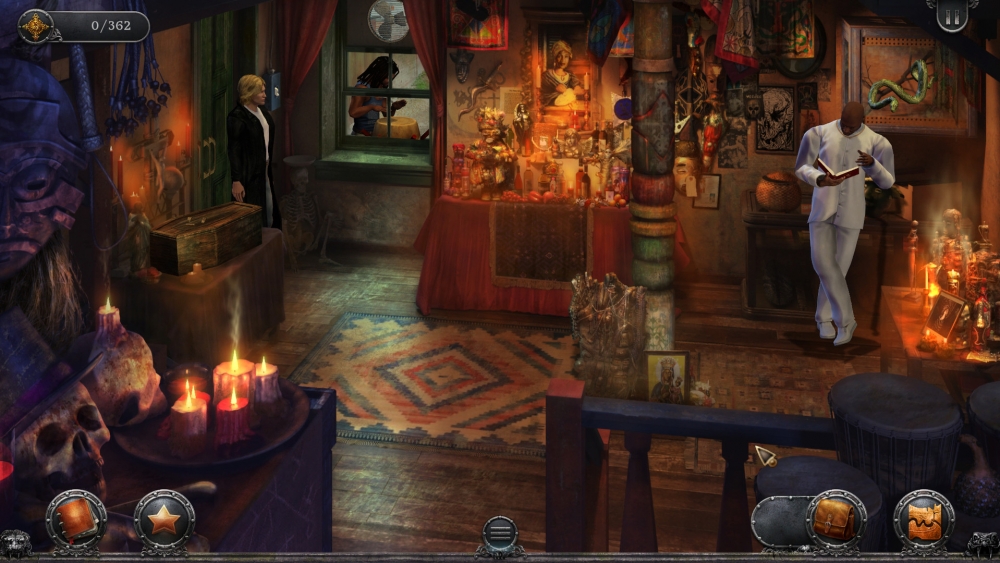 But, as is the case with cosmetic surgery, good looks (and a good story) is only going to take a game so far. Playing through Gabriel Knight reminded me why traditional point-and-click adventures have largely died out. Sure, there’s been somewhat of a renaissance in classically-inspired adventure games in recent years. But the key word here is “inspired”.

Gabriel Knight is hard. Like really, frustratingly hard. Patience is truly a virtue in games such as these, as the logic connecting the use of items and puzzles is often obscure. Even finding the items needed to proceed is teeth-gritting stuff, requiring a lot of “out of the box” thinking. You’re a far smarter person than me if you had the foresight to lead a performing mime across a park, who will in turn distract a police officer, so you can then listen to his squad radio to learn the location of a murder scene. That sort of “logic” permeates the whole game.

Softening the impact somewhat is the inclusion of a tiered hint system. Without this hint system, I would have hit a brick wall multiple times and resorted to Googling the answers. Unfortunately spending so much time in the hint menu lessened my immersion in the game. This is really regrettable because it reduces the core premise of playing an adventure game for fun to going through the motions of proceeding from one puzzle to the next.

The soundtrack and voice acting is also one of the weirdest I’ve come across. So many times the voice given to a character didn’t seem to match up with what I thought they should have sounded like. A subjective point, for sure. But it meant that I was never really able to adjust to the slow New Orleans drawl of Gabriel Knight. Even the narrator sounded like the Voodoo lady from Monkey Island. The accompanying soundtrack was also just plain strange, surely a throwback to how things were done in the 90s. At times I simply couldn’t reconcile how the music for a scene matched up with the atmosphere. 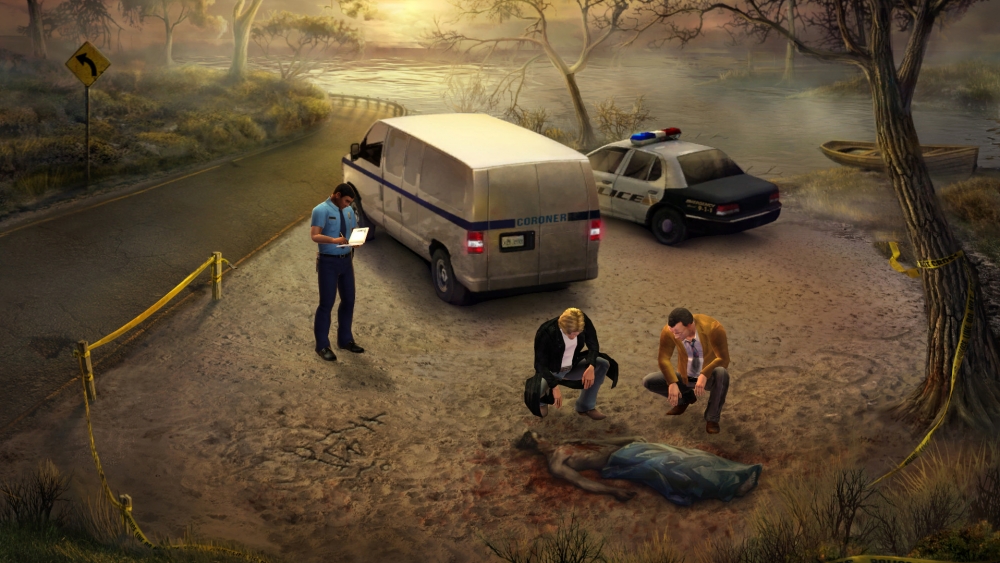 The pricing of the game also leaves a lot to be desired. In fact, I am not a fan at all at how Pinkerton Road has structured the cost. As mentioned, Knight’s adventures are spread over a 10 day period. Day 1 of the game is free, with in-app purchases for Days 2-3 ($2.99), Days 4-6 ($3.99), and Days 7-10 ($3.99). But just because the game happens to be neatly structured in this way doesn’t make it a natural segregation for multiple paid "episodes". Gabriel Knight was originally designed as one game, so that’s how it should remain. By all means, charge an upfront price of $9.99 if that’s what the fair price is for all the work that has gone into the remake. But drip feeding small incremental IAPs across a game that should be considered as a whole feels slightly shady.

Gabriel Knight left me with such a roiling hodge podge of competing emotions, that I truly found it difficult to score. On the one hand I was dumbstruck by the stunning graphics, (re)captivated by the engrossing story and loved the inclusion of the additional behind-the-scene features. But the frustrating puzzles and the odd soundtrack detracted from my overall experience.

For a similiar game, read: The Detail - Episode 1 Review and Episode 2 Review

I feel pretty confident in saying that the game will be appreciated by fans of old school adventure games and those who appreciate a great story. Being able to replay one of the most iconic adventures of all time played straight to my nostalgia of simpler (thought not always better) times. But for adventure fans who didn’t grow up in the 90s, the game is a much harder sell. My concerns about the pricing notwithstanding, given that Day 1 of the game is free, I would heartily encourage adventure fans everywhere to give Gabriel Knight a go and see what makes it the equivalent of a literary classic of the gaming world.