This noir adventure from A Crowd of Monsters brings thrills to PC and Xbox One. 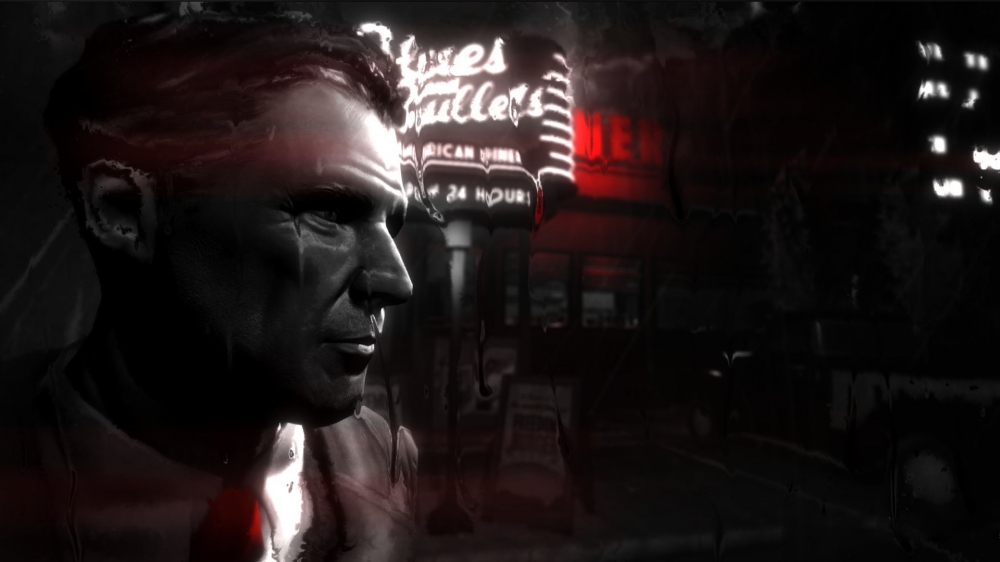 Blues and Bullets is the gaming equivalent of Frankenstein; a strange mash-up of bits and pieces that manages to form something greater than the sum of its parts. It seriously feels like someone at A Crowd of Monsters threw a bunch of random story ideas and gameplay elements at the wall to see what would stick. But, you know what, it works. In fact, it more than just works. Blues and Bullets is shaping up to be one of my favourite games of 2015.

Trying to describe Blues and Bullets is no easy task. Like an overpacked burrito, the team at A Crowd of Monsters have taken an incredible amount of inspiration from some of their favourite games and stuffed it into their own experience. Expect to find plenty of nods to genre classics like Max Payne, BioShock (now available on iOS), L.A. Noire and even James Bond. But at its very soul, Blues and Bullets plays out like a hard-boiled, detective novel with more than a dash of Frank Miller-esque noir inspiration. We've seen it all before, but this one is special.

The story itself is a weird alt-history mash-up of historical and fictional events, in a similar vein to Quentin Tarintino’s Inglourious Basterds. We take control of the historically famous detective Eliot Ness - head of the infamous law enforcement team The Untouchables - who managed to bring down one of the most notorious gangsters of all time, Al Capone. But in this alt universe it is now 20 years later, Ness is no longer a detective and Capone has just been released from gaol. Reluctantly, Ness gets dragged back into the game when a bunch of crazy cultists begin kidnapping children for their demented rituals, including Capone’s granddaughter. Capone enlists the begrudging help of Ness to track the cultists down.

I found the pacing of the story to be, at times, quite jarring, and needed to remind myself at numerous points that A Crowd of Monsters was presenting me with an alt historical narrative. At times the story would plod along with its roots deep within factual history, but then suddenly veer off into uncharted territory. The closest comparison I can make is with the BioShock universe, which can feel both plausible yet surreal at the same time. In fact, there are plenty of nods to BioShock. In one sequence, Ness visits Capone at a hotel that has been built inside the historically accurate Hindenburg Blimp, which resides above the clouds. The hotel is owned by none other than an A. Ryan. 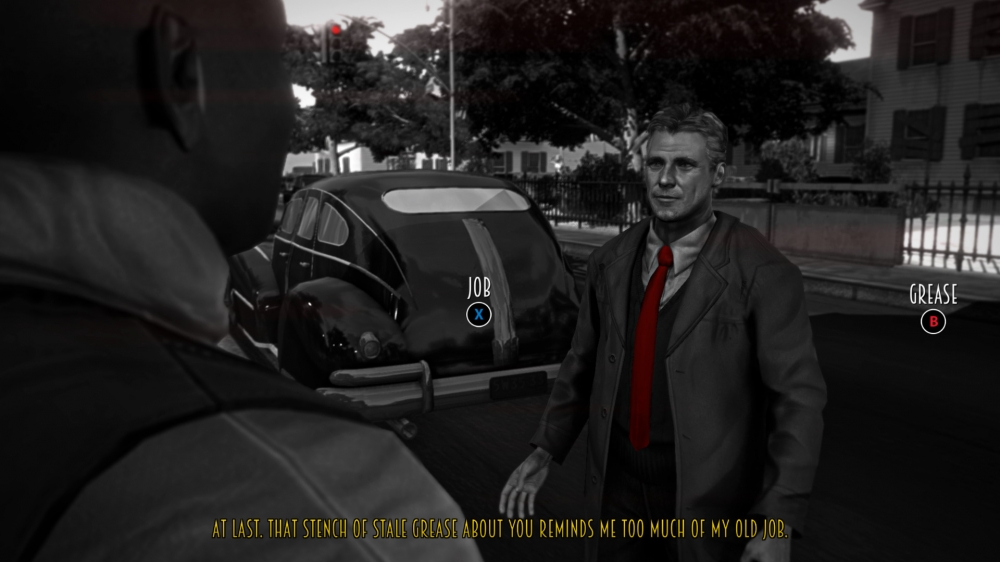 Blues and Bullets incorporates a similar style of interactive storytelling popularised by Telltale in games like The Walking Dead, The Wolf Among Us and, most recently, Game of Thrones. In other words, be prepared for plenty of hotspot quick-time events with morally ambiguous choices. Whether my personal choices affect more than just a fleeting, superficial variation in dialogue remains to be seen. Nonetheless, A Crowd of Monsters has seen fit to throw in a number of other interesting gameplay mechanics that offer up a nice change of pace, like some free-flowing shoot out sequences.

Also read: Our review of a similar game, The Detail (Episode One Review, Episode Two Review)

But one of my favourite parts of Blues and Bullets comes later in the game. Just when I thought things were starting to stagnate, the case took a rather unexpected (and extremely graphic) turn for the better. Seriously, you may not want to eat lunch after you reach this particular section. You'll know it when you come to it. I don’t want to spoil too much, but this turn of events brings about an intriguing little detective sequence.

Similar to the "piece together the clues" elements in games like L.A. Noire and The Trace, Ness has to investigate a crime scene and reconstruct what may have taken place. It’s not difficult in any sense of the word, nor can you fail it. But it’s a welcome inclusion, especially as I was not expecting anything new to be introduced that late in the game. I hope that A Crowd of Monsters brings this feature back in future episodes, perhaps with some more depth such as a sense of risk and reward. 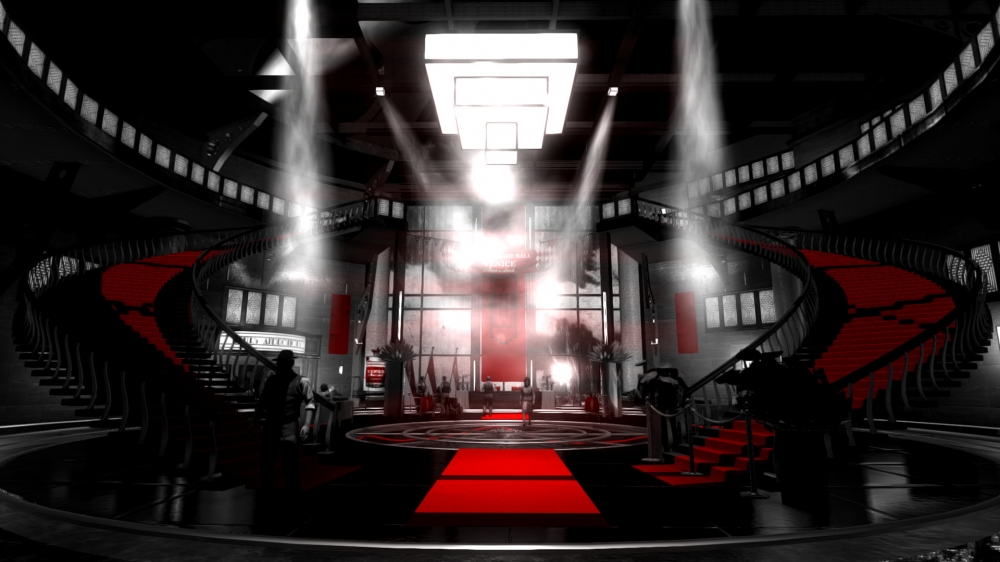 As a noir-inspired game, Blues and Bullets is predominantly washed out with black and white environments. But don’t let that fool you into thinking it's bland, because Blues and Bullets is an incredibly sharp looking title. One of the only colours used (and used often) is a deep, royal red. In true Frank Miller (Sin City) and Schindler's List style, most scenes are punctuated with red, whether it be blood stains, spilled wine or items of clothing. The colours offer a sharp contrast, often highlighting a piece of the narrative better left unsaid. As the saying goes, a picture says a thousand words.

The classy artistic style manages to convey much about Ness’ character, probably more than mere conversation could. After putting Capone away 20 years ago and now being required to work with him, Ness has a lot of demons to overcome. A particular arty scene captures Ness’ inner turmoil about the hold his past has over him, while agonising over what the future may bring. How does Ness reconcile his by-the-book code of morality against a sense of pragmatism? What about his sense of loyalty against his burning desire for revenge? I was awestruck over how much I learnt about Ness merely by clever use of colour.

Like the proverbial bull, Blues and Bullets: Episode One has shot out of the gates. But to keep that momentum going, A Crowd of Monsters needs to focus on a few key things. It needs to keep the story moving along at a cracking pace, continue using interesting gameplay mechanics like the crime scene sequence and ensure player choices are meaningful and impactful. After seeing what is on offer, I'm fully confident that they can do all those things. For me at least, the next episode could not come soon enough.

You can grab Blues and Bullets here.