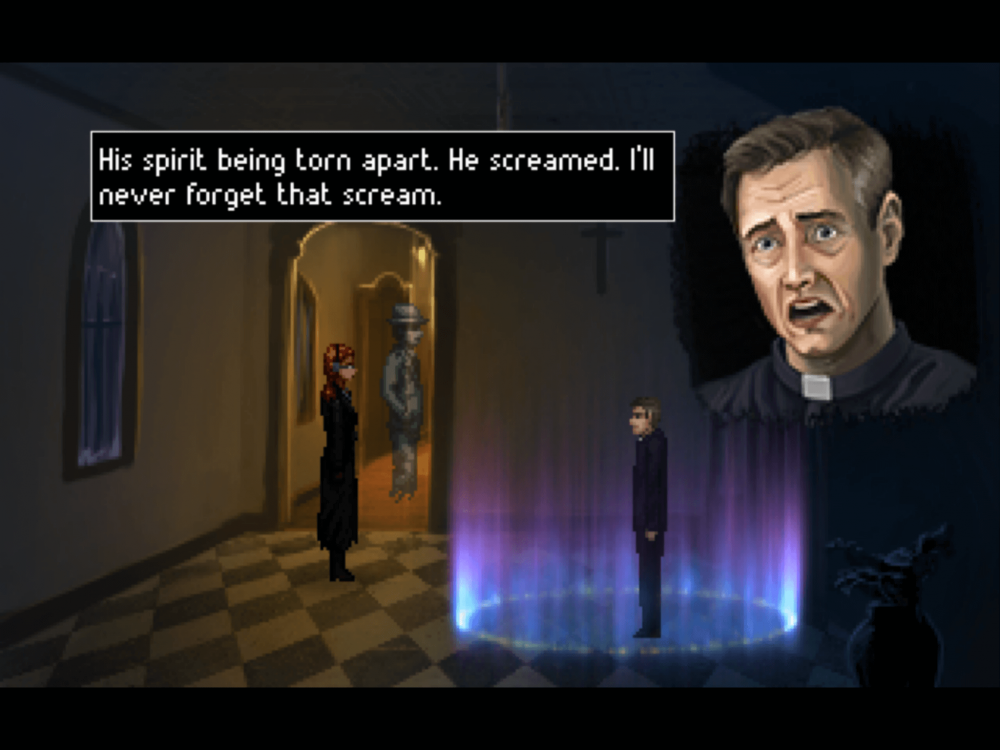 The Blackwell series has always welcomed newcomers with open arms but Epiphany, more than any of game in the series, is fan service in the purest form. With a decent chunk of backstory built up over the course of five games, newcomers will likely understand very little about what is going on. That doesn't mean you won't enjoy yourself. But if that is you, please do yourself a favour and start from the very beginning; it will make the final conclusion even more satisfying. For those of us who have stuck it out from the very first game, Epiphany offers a salivating conclusion, bringing back characters and story threads long thought forgotten. And this is where the Blackwell series has always shined, weaving together a fascinating tapestry of characters and offbeat plot lines that come together sometimes in the most unexpected ways.

In Epiphany, Rosa and Joey return for one last hurrah. This time around, the spirits they are seeking to save are being ripped apart into nothingness by a malevolent force. Yes, fathoming the idea of nothingness is as disturbing as it sounds. It's difficult to say much more without ruining some of the surprises, suffice to say Epiphany offers one of the best stories in the series, on par with Convergence.

The Blackwell series has always prided itself on appealing to connoisseurs of old school adventure games, whilst (mostly) stripping itself of the frustrating conventions of those games. Paired back inventory management and the ability for Rosa to keep track of her progress on a smart phone infuses a clever modern twist into an aging genre. Not much has changed in terms of gameplay since Blackwell’s inception - poke, prod, investigate and deduce. There are a few small neat inclusions that improve the experience, like the ability to call a character from another room, but Epiphany is a Blackwell game through and through. I say that in the best way possible as Wadjet Eye Games found that sweet spot long ago.

Having played all five Blackwell games in a relatively short time period, it gave me the unique opportunity to see how series has matured. In particular, where the series has grown the most is in its portrayal of Rosa and Joey. Were the Blackwell games to have stopped after one or two entries, it could easily have left the impression that they were nothing more than one dimensional characters, defined by their ability to trade quick witted barbs and smart alec remarks. 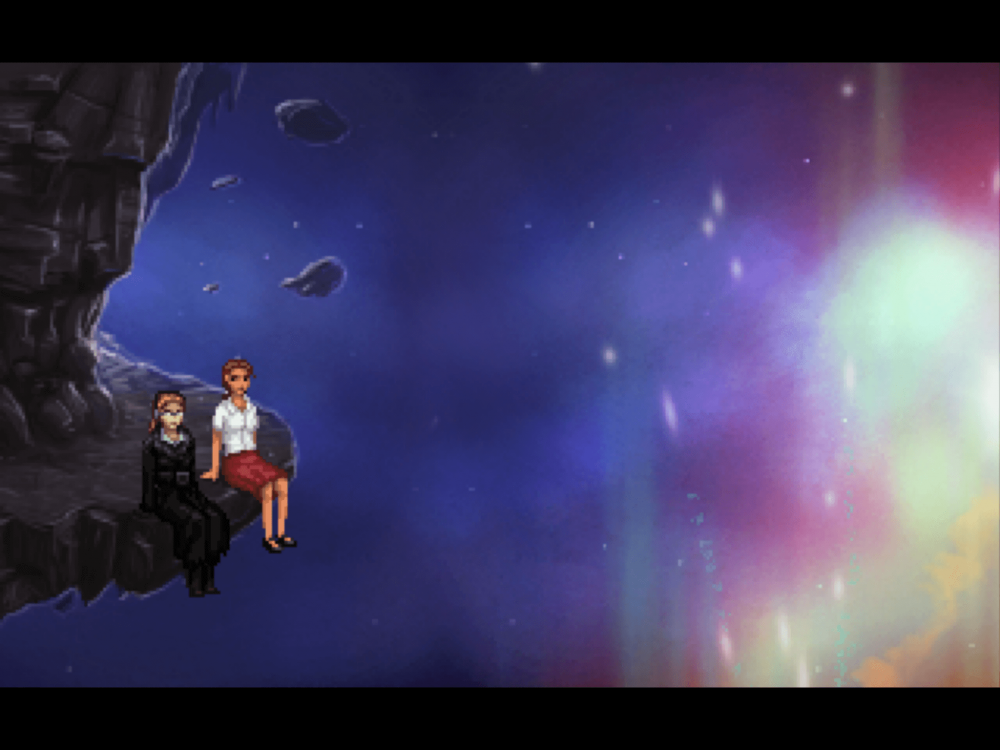 But in a series that touches on the sensitive issues of life and death, and what may lie between, it is perhaps unsurprising that we see Rosa and Joey more fully fleshed out. Epiphany builds upon Deception by adding even more layers of complexity and depths of thoughtfulness to their characters, both in their interactions with each other and the world around them.

A few scenes deftly unpack Joey's backstory further, unmasking some of the pain and regret we long suspected was there. At another point, Rosa and Joey must deal with the prospect of helping a murdered child move into the light. A life brutally cut short well before its time. It's hard to imagine even the prickliest person being unmoved by such events. So perhaps the joking exterior is their way of dealing with issues that many of us would crumble at? In any case, these issues are tackled with a deftness in Epiphany that I hadn't come across in the series to date.

As gripping as I found the story to be, it wasn't until the final act that Rosa and Joey's true relationship is laid painstakingly bare. Underneath the superficial hardened exterior lies a touching friendship that we knew was there all along. Unearthing that relationship is thoroughly satisfying which makes the ending even more powerful. 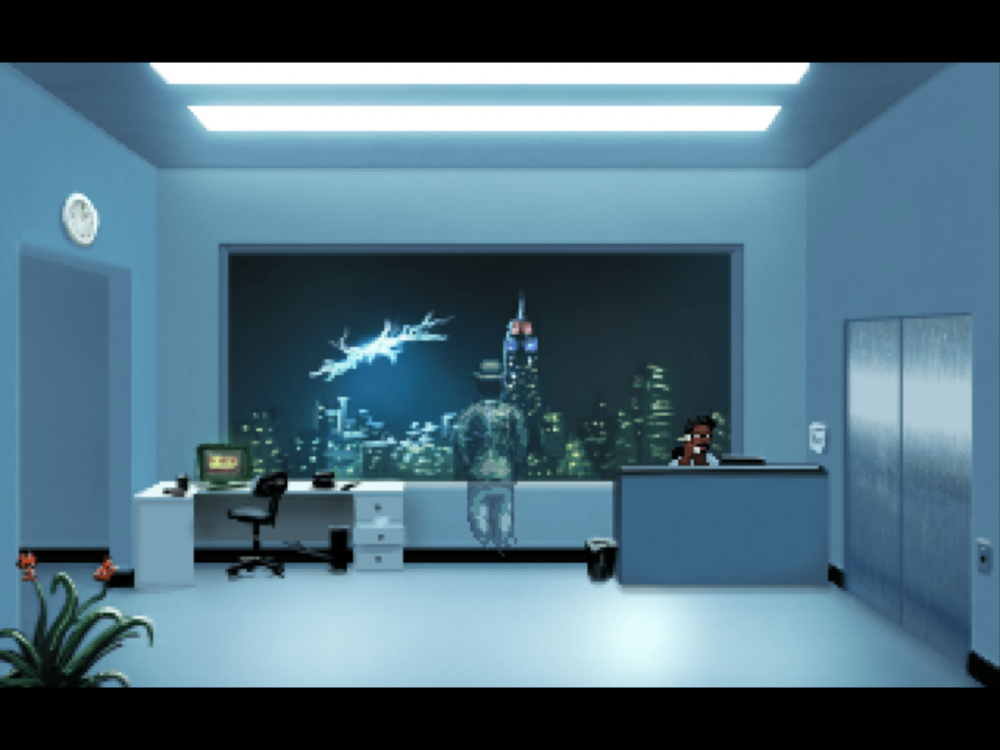 So let's talk about that ending. Truly, the ending packed an emotional punch the likes of which I haven't felt for some time, surprising me when perhaps it shouldn't have. It was incredibly fitting and simply felt right, which I certainly don't want to ruin. Suffice to say that a long standing black mark hanging over Rosa finally is drawn out. Having invested in these two likeable characters over the course of five games, I felt genuinely sad that I wouldn't be setting out with them on any more adventures.

At the end of the day, I think this is the highest praise I could ever give to a game. Though the series is certainly not perfect, I didn't realise how emotionally connected I had become to Rosa and Joey until the realisation that their adventures are now over. I will greatly cherish the time spent in the Blackwell universe and will be dwelling on some of the more poignant questions of life and death for some time to come.