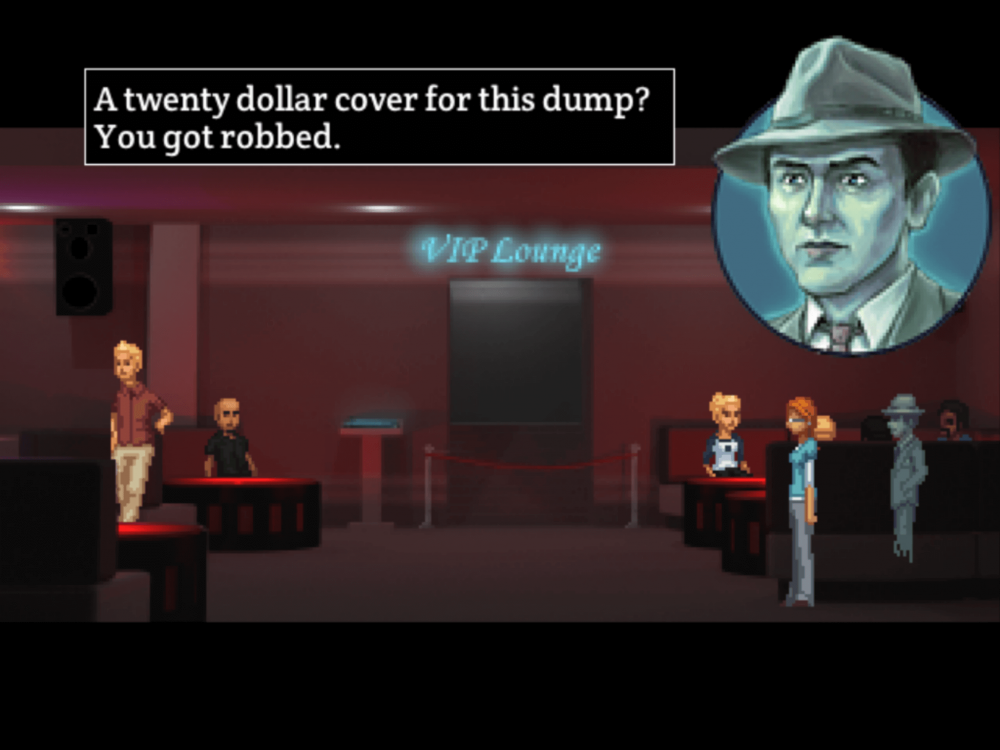 The story arc of the previous three Blackwell games was wrapped up in Convergence, so Deception kicks off with Rosa and Joey again at the helm, but this time caught up in a new mystery. Rosa has been contacted by an old co-worker who implores her to investigate a case on his behalf. Without giving away too much, the trail quickly becomes littered with bodies and a stack of ghosts, all revolving around a mysterious cult leader. I enjoyed the way that the story was gradually pieced together, not always taking the expected path.

As a stand-alone adventure, I found Deception to be solid enough with a satisfying ending that left me hanging out for the next game. But, admittedly, I did miss the story of the previous few games. And while an unfair reaction, it's one I found difficult to resolve while playing Deception. For people new to the series, Deception will likely offer a satisfying experience showcasing the best elements of adventure games of yesteryear. But having played the previous three Blackwell games, I know that the series is capable of more than what’s on offer. 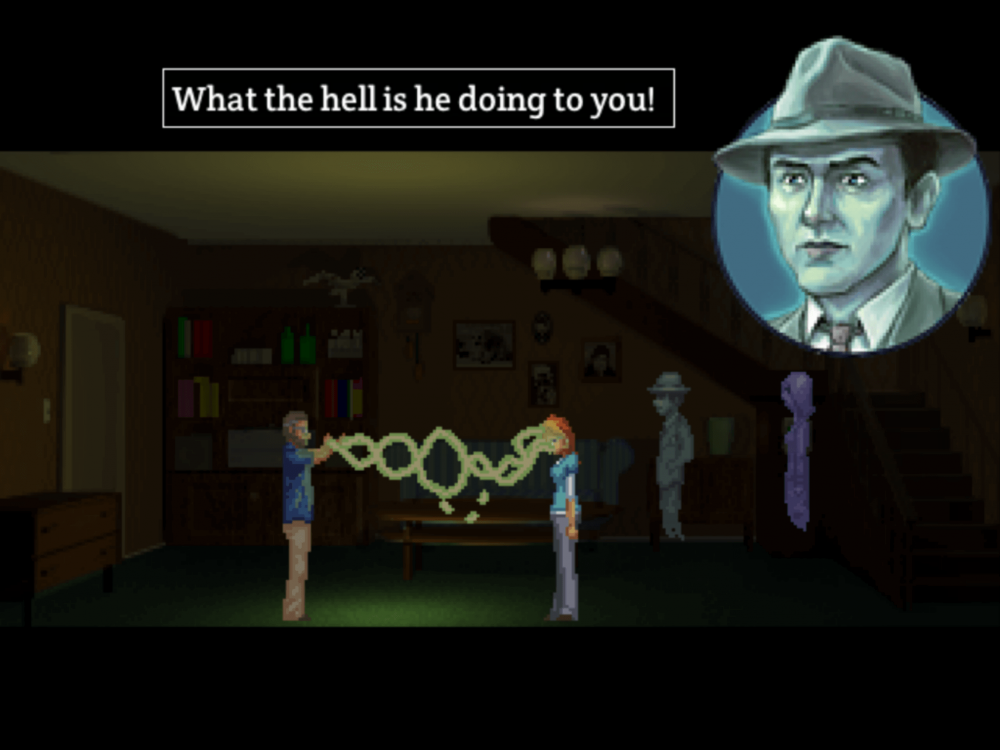 I was also struck by the lacklustre visual effort. Deception still captures that timeless retro pixel art style very well, but compared with Convergence, the look is not as crisp, nor are the environments as varied or colourful. Similar to Unbound, the developer has returned to a more sombre, dark noir-inspired setting, with the game largely taking place over the course of a single night. This, in itself, is not a bad thing, but having tasted the variety and colour the Blackwell series is capable of, I lamented a return to darker times.

The puzzles too can be a bit of a mixed bag. In addition to collecting the usual quest items, Rosa can use her smart phone to keep track of her investigations, piece together evidence and search the internet for clues. It’s an enjoyable inclusion that offers a nice change of pace from the usual inventory/journal management of adventure games. Unfortunately, it’s an element not utilised enough. For the first few hours, I found the puzzles to be far simpler than in previous instalments and not nearly as inspired. With few locations to visit and fewer items to interact with, the solutions are often as transparent as a family ghost and rely too heavily on backtracking to previously visited areas.

For an alternative game, read: Blues and Bullets: Episode One Review

That is, until around half way through the game where the pace really kicks up a notch. It’s like the writers had a surge of inspiration, with the logic behind some of the puzzles becoming much more thoughtful. It was at this point that I had to start thinking outside the box and take notice of every piece of information that came my way, like a random quote on a poster or how to use a glow-in-the-dark business card. I found these puzzles to be the most enjoyable, as I felt smarter having solved them - I wish the whole game featured puzzles like this rather than just the latter half.

At a technical level, the port to iOS has been achieved admirably. Everything works as it should and I came across no bugs of note. The more I play point-and-click (or perhaps a more progressive term is “swipe-and-tap”) adventures, the more I have come to appreciate the natural home they have on mobile devices. If you’re tossing up which platform to play Deception on, go for the mobile version purely for the convenience and simplicity.

Despite my mixed feelings, I do want to emphasise that Blackwell Deception is an incredibly solid adventure game. Though it may not be the strongest in the series, it still provides a very intriguing and ultimately satisfying story for long-time fans. It is also the title that I’d recommend any newcomers to dive into, as it is more approachable in its design and narrative than the grander trilogy.