Rarely a day goes by that we don't awake at Grab It to find some pretty interesting things in our inbox. Today's bounty was slightly more intriguing than others.

Ever since Nintendo dropped its recent bombshell on the gaming world, announcing a deal with free-to-play mobile giant DeNA to bring Nintendo IP to smartphones and tablets, speculation has been rife on what the first game might look like.

These teaser images sent to us from Hipster Whale might bring a resolution to that speculation. In what looks like a possible cross-promotional deal between Nintendo, DeNA and the Crossy Road developer, it seems like the biggest indie hit of recent months might just be about to super-size its already considerable success.

Could this just be the first in a long line of Nintendo characters to come to this mobile-friendly Frogger remake? It's a tantalising prospect. It even looks like the image below carries on the game's tradition of different characters causing fun side-effects in the surrounding environment.

At the time of writing there is a Nintendo Direct scheduled to land in just over twelve hours time, so we're wondering if these leaked images are a teaser of a full announcement. Crossy Road would be a great place to start for Nintendo to start rolling out its plan of mobile games promoting classic IP; it's hugely popular, high quality, and has an aura of indie street credibility that might help some of the critics get over that feeling that Nintendo has sold out in its deal with DeNA.

In another recent announcement by Hipster Whale, no less than 17 new characters are on the way in an imminent update, so time will tell as we check the date and keep our fingers crossed for tomorrow's news if these are all pieces of the same puzzle or not. 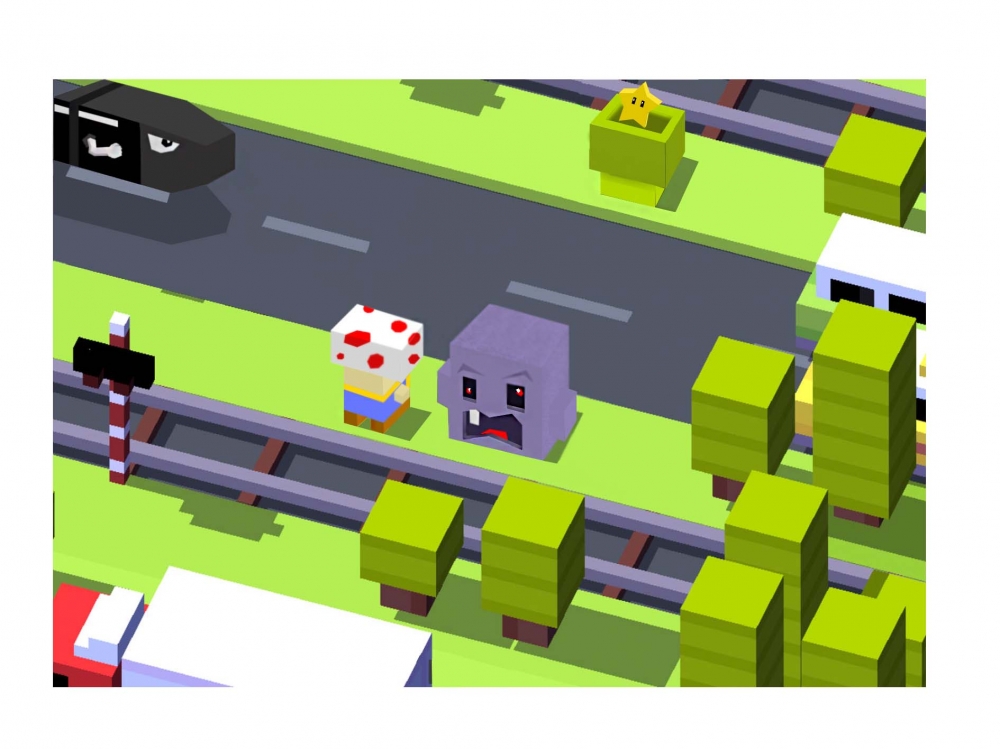