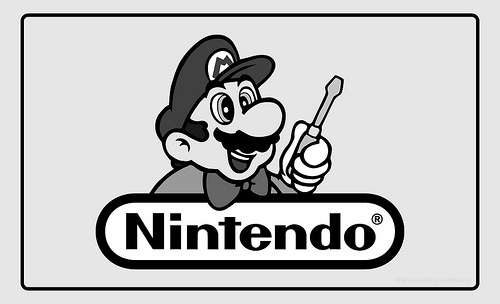 In what seems like a bid to quell the nerves of investors, Satoru Iwata announced during a press conference that the company would be entering the mobile market with a new partner, DeNA. The details are still a little hazy, however, Iwata has stated that no existing Wii U or 3DS titles would be ported to the mobile space, but that all existing IPs and characters will be available for use by the mobile company. During that same press conference, Iwata has announced new hardware, and in true Iwata fashion that hardware has a codename, Nintendo NX.

DeNA are a Japanese mobile portal responsible for games like Star Wars Galactic Defense, Blood Brothers 2, and a heck of a lot of other mobile fluff. And in addition to helping Nintendo create content for the mobile world, it will also help develop a new Nintendo membership program designed to replace Club Nintendo. This new membership system will cover your Wii U, 3DS, smart devices, PCs and the new hardware, the NX. Similar to the user friendly environment Sony has created with its cross-buy and cross-save functions across its gaming devices, this new Nintendo membership will create a connection between Nintendo and each individual consumer, regardless of the device in use.

Why DeNa? Well, Iwata had little to offer on that front, except that a lot of mobile developers came knocking on Nintendo’s door, and DeNA just happened to "keep knocking." Let’s hope that kind of persistence doesn’t translate into an army of Nintendo branded Candy Crush clones. 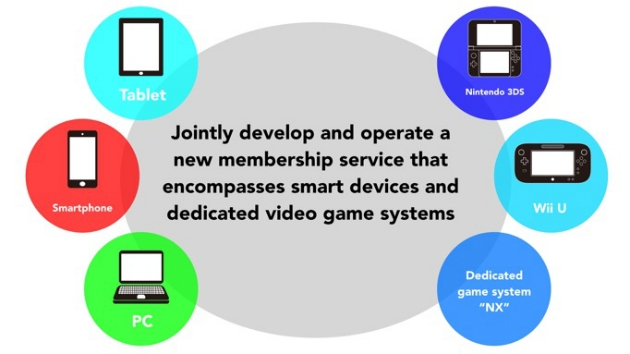 Though it’s fair to assume that the Wii U’s poor sales encouraged the development of the new hardware, it seems that whatever the NX is will coexist with the Wii U and 3DS as a dedicated game system that is separate from the mobile realm (see the picture above). But, that doesn’t necessarily mean that the NX won’t be hardware designed to harbour the incoming mobile games, just that it won’t be a multi-purpose gadget like the iPhone. Is there more to the fact that Nintendo announced this new hardware alongside the new partnership – an iPod Touch for the Nintendo ecosystem possibly? Or is it Nintendo’s way of reassuring concerned fans that it's not selling out.

That’s about all we know about the NX at the moment, but Iwata did suggest that the NX will redefine entertainment in the way that Brain Age and Wii Sports did, and that the new hardware and mobile games will "expand Nintendo’s gaming population." What that means won’t be clear until next year when more details on the hardware are released. That’s a long time to wait. Let’s hope Nintendo spills some more information before the year is out.