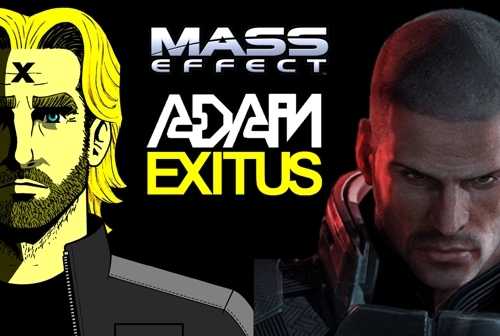 Author Nicholas Abdilla has just released his new sci-fi novel Adam Exitus through Amazon and iTunes today, and it’s one for the sci-fi buffs. The first entry in what will be a 10-part series, it’s based on the author’s own original comic strip, and it’s reminiscent of the work of Philip K. Dick and Timothy Zahn. Filled with imaginative alien technology, strange creatures from far-off galaxies and one of the greatest vessels in sci-fi history, Adam Exitus will hopefully find an audience.

Abdilla is a renowned gamer who also created the comic series Game Guy, as published in Game Informer Australia. So during a recent interview as part of the promotional lead-up to the book’s release, he was asked how gaming had impacted his novel. Here is how the conversation went: