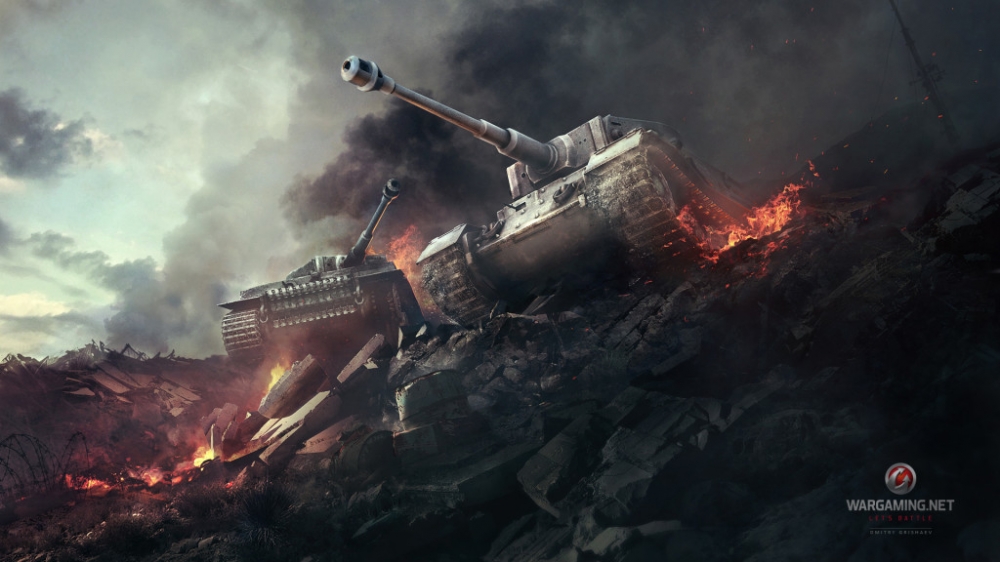 It’s halfway through the year, can you believe that? 2014 is racing along in record time, but it remains a year landmarked by a consistent run of great games. Each month we bring you the best games to enjoy on your iPad and this month is no different: below you’ll find 10 great experiences that won’t set you back a cent to play.

If that is not enough for you, why not check out the top 10 best free games of May, April, March, February and January. Plus, if you want to keep your finger on the pulse of all your iOS gaming news, be sure to sign up to our newsletter.

10. Wrong Way Racing (Jared Bailey)
Developer Jared Bailey has built a strong catalogue of quirky, retro doses of arcade fun, but this latest release is out there even for him. Just as it says on the box, Wrong Way Racing has you controlling a little car going clockwise on a Daytona style oval circuit, while the rest of the grid goes anti-clockwise. Tapping the screen allows you to change lanes, avoiding the impending collision. As the cars get faster, your ability to react to the changes becomes a true test of your eye-to-twitch-fibre communication system, while the inevitable crash lingers in your bones as the pixelated drivers burn alive. There’s very little to this game, but you’ll play it way more than you should.
Grab the game now.

9. Danger Rabbit (Flow Spark Studios)
Danger Rabbit wants to get from one side of the world to the other and he is not stopping for anything, be it cliff, stinging bee, air vents and plenty more. To get the little fellow there, you are empowered to draw springy planks on the screen that he will bounce off. How you angle these and the distance you allow Danger Rabbit to fall defines the trajectory and height he’ll bounce, and various obstacles and collectables tempt you into trying risky routes despite the threat of running out of planks (pushing you towards IAPs). Well-presented and nicely executed, this is engaging gameplay that shows surprising variety in its settings and power-ups to happily satisfy a quick fix gaming session.
Grab the game now.

8. Jupiter Jump  (Noodlecake Games)
In the tradition of single tap titles like Tiny Wings and Flappy Bird, this fast-paced endless hopper has your little 8-bit space dude crash-landing on the titular planet and making many big leaps for mankind across its surface in the hope of achieving a high score. You die a lot, as these styles of games are happy to remind you, but boy is it addictive. Partly this is because of its relentless pace, but the game also tempts you into danger by giving you a higher score if you only just miss one of the many deadly mines as you tap the screen to plummet back to the planet’s surface. Everything is doused in retro, making Noodlecake’s game a cheery and well-implemented slice of interstellar fun.
Grab the game now.

7. Cally's Caves 2 (Jordan Pearson)
On paper, a little pixelated girl with blonde pigtails setting out to rescue her kidnapped parents doesn’t sound like a brutal gun-fest that will test the depth of your platforming skills. But here we are. Jordan Pearson’s delightful sequel Cally’s Caves 2 brings 16 unique weapons, 20 enemy types and six challenging bosses to its old-school table, as well as rolling in some levelling-up RPG mechanics for good measure. There’s a surprising amount of content here (some 100 levels!), and the attention to detail everywhere does a great job of sucking you into long sessions of play. Collecting coins to spend on boosters adds a bit of strategy, too, and it even comes with a rocking soundtrack. A bit of gem!
Grab the game now.

6. Super Gravitron (Terry Cavanagh)
Beginning life as a minigame in Terry Cavanagh’s excellently hard platformer VVVVVV (there is six Vs there, if you can uncross your eyes long enough to see it), Super Gravitron manages to be even harder in its standalone release. In fact, harder still than the man’s original claim to iOS fame, minimalist classic Super Hexagon. The extraordinarily simple premise has you dragging a little stick dude as he bounces up and down in an enclosed tube-like space. This area then fills with sidescrolling squares and you must dodge them for as long as possible. Sounds easy, but the random positioning and speed with which these squares appear will test you to within an inch of smashing your tablet. So it’s one of those games. Crazy hard… to put down.
Grab the game now.

5. Damn Little Town (Illya Sikeryn)
This neat little board game is played in two phases. Players place tiles to lay out buildings and pathways while populating them with settlers. Once the board is laid out, the town is then overcome by evil and players must evacuate their settlers to the temples in the corners of the map. The attraction of games like these - evidenced in Damn Little Town - are simple rules that once learned, open up to reveal strategy and complexity. At the moment Damn Little Town can be enjoyed in single player mode against AI, or as a multiplayer experience by passing the device amongst friends, and developer Illya Sikeryn has plans to update this little gem to include online multiplayer soon.
Grab the game now.

4. Rival Knights (Gameloft)
Virtual jousting is as close as you would ever get me to this medieval extreme sport, and Gameloft has done a great job of capturing the intensity of this insane pastime of yesteryear. The graphics are cranked up to Infinity Blade levels, with sun glinting off armour, whilst horse hooves pound realistically in your EarPods and motion-captured knights crash convincingly to the ground. The components of a good joust are simple - use timing to get the best possible start, mash a bar as it fills to maximise your run speed and aim your lance at the end, correcting for your horse’s constant movement. However, they all come together to create an addictive experience as you compete to unlock better mounts, armour and lances. Be wary of the currencies and timers, but don’t let them put you off this very polished and triple-A take on iOS jousting.
Grab the game now.

3. Sky Force 2014 (Infinite Dreams)
If you love vertical scrolling shooters, then you should be downloading Sky Force 2014 whilst reading the remainder of this top ten as you’re in for a real treat. The genre has always been a great fit for iOS, and developer Infinite Dreams is making the most of modern touchscreen tech, milking the horsepower to create stunning weapon effects, explosions and enemies. These are then painted over a canvas of sparkling oceans, islands and tropical beaches. There are a couple of touch control options, and the accuracy the genre demands is thankfully not compromised by either choice. It is F2P, with the expected timers to navigate and currencies to collect in order to upgrade your ship, but even without alleviating them with IAPs, Sky Force 2014 still brings a whole lot of shoot ‘em-up goodness to your day.
Grab the game now.

2. Angry Birds Epic (Rovio)
Angry Birds Epic is Rovio’s third tilt at working within the Angry Birds universe, sans slingshots. After the vehicle crafting puzzler Bad Piggies, and the kart rolling Angry Birds Go, Rovio surprised us again by creating this RPG adventure as it successfully eases newcomers into the genre’s mechanics without ostracising veteran RPG fans in the process. Thankfully, Rovio has also managed to pull this off without implementing an IAP structure that hamstrings the gameplay. Check out our review for the full details, but suffice it to say that this pirate themed slice of turn-based battling is a polished, fun and satisfying experience for RPG fans old and new.
Grab the game now.

1. World of Tanks Blitz (Wargaming)
Already a phenomenon on PC and Xbox 360, World of Tanks brings its random battlefields of mid-nineteenth century warfare to iOS in style. Only minor concessions are made – such as smaller maps and player count – to fit the mobile environment, with smartly implemented touch controls keeping the core experience intact. Over 90 tanks can be earned and customised, and while the relatively sluggish combat may annoy fans of twitch shooters, the quickfire multiplayer battles churn you into new games so rapidly its addiction forming. This is one of those free games where you get a heck of a lot for your zero investment, which is what you’d expect from our number one free game of the month, right?
Grab the game now.

Also; read our world exclusive making of feature on World of Tanks Blitz in Episode 5 of Grab It.