Ahead of our full review of The Shadow Sun, which will appear in Issue 1 of Grab It Magazine, on sale late January, we thought it timely to have a look at some of the genres of role-playing games, as there are many different styles. The App Store is thriving with quality RPGs and The Shadow Sun is already available for purchase, so you can jump straight in by grabbing it here: Spoiler Alert - It’s fantastic!

**You also may want to check out our Top 50 iPad Indie Games of 2013, which includes a number of RPGs, and our celebrity top 10s from developers like Ryan Payton, founder of République developer Camouflaj**

Welcome to Part 5 of our of our ABC of RPGs. We've already looked at WRPGs, KRPGs, MMORPGs and JRPGs. Today we take a brief look at ARPGs, or Action-RPGs.

In the larger world of PC gaming, World of Warcraft from developer Blizzard Entertainment is easily the most well known in the MMORPG genre. It is another of their series of classic IPs, Diablo, that plays its counterpart in the the world of ARPGs, displaying all the traits typical of the form.

Most notable is the isometric viewing angle - a "security camera" view looking down on your character and a portion of the surrounding area, slightly angled. This angling effect was born out of a need from early games in the sub genre to imply a third dimension. But as technology progressed, and sprites were replaced with polygons, 3D melded with this isometric view to show parallax scrolling effects, adding depth and height to the levels.

Although collecting loot (weapons, armour, rings, amulets, gold, etc) is a staple of RPGs in general, it's core to playing ARPGs. Loot can be bought from town merchants, or by slaying enemies who will then sometimes drop lovely shiny things for your enjoyment. A large portion of your time will be spent comparing new to old, to determine if it will improve your character’s stats, or if it should be sold back in town. Buying and selling at in-game shops is another common element. Combat in is in real-time, and often involves over the top attacks and spells, that grow as your character levels-up and acquires more formidable equipment.

The resulting stew created by these  ingredients make for a tasty and engaging format. And there are some great examples available on iOS. A true classic of the genre, starting its life on PC, is Baldur's Gate, and it and its sequel have found their way to iOS in the form of Enhanced Editions. These are a great place to educate yourself on the roots of the subgenre.

Another easy recommendation is Iesabel from developer Forever Entertainment. On newer devices with graphics set to maximum, it is a stunning example of an ARPG. You'll be treated to fields of grass waving with passing breezes, sunlight through trees lighting the forest floor, loads of enemies and quests, and loot, glorious loot. Other noteworthy games to keep you busy are the Dungeon Hunter series from developer Gameloft, and a new arrival, Archangel, a fun hack'n'slash action-fest.

With this series on RPGs I’ve usually been ending with a line that teases the topic for the next part. But I can’t think of the right strategy to tease part 6. Hmmm… or can I? 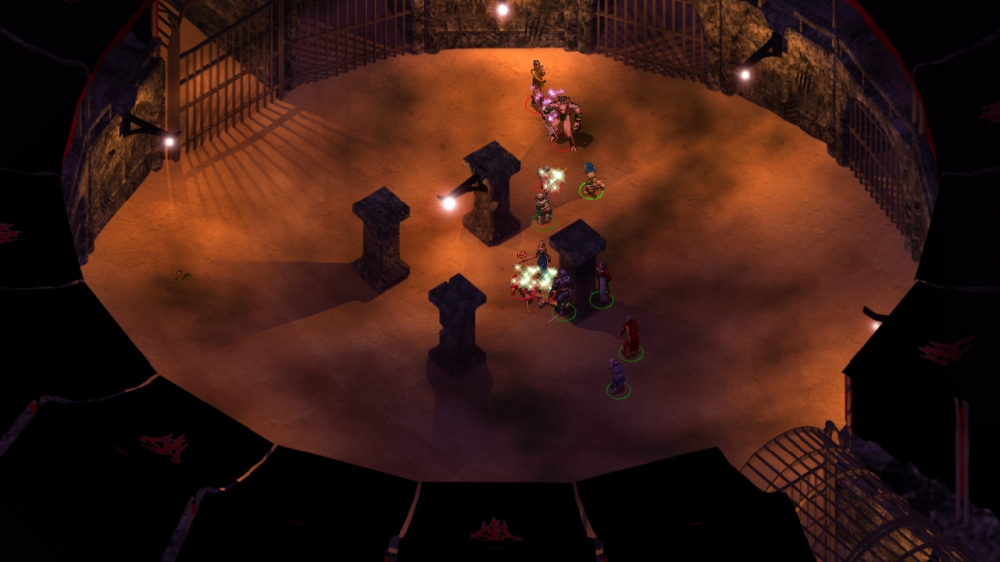