About a decade ago the gaming industry had a massive love affair with WWII. Medal of Honor, Call of Duty, Battlefield, Company of Heroes and Hearts of Iron are just a few games that rode the tidal wave of popularity until the bitter end.

Once our passion for historical warfare subsided, it was replaced by something which captured the brain dead imagination of developers and gamers everywhere - zombies. The popularity of zombies has burned even brighter than that of the World War, invading games for the better part of a decade. Not only have zombies/walkers/undead been the focus of countless games, they've also shambled into experiences with completely different settings - did you ever seriously think Red Dead Redemption would get a zombies-inspired DLC?

But all good things must come to an end and we must be surely nearing the “life” span of zombies being a viable theme in games. So what is going to replace it? I’ve been barracking for some time now for pirates. Recently, I even outlined my Top 10 Best Pirate Games Of All Time. After Assassin’s Creed: Black Flag released, I thought that more devs would jump on the bandwagon. But it’s not looking hopeful at this stage, with few studios willing to walk the plank.

So after careful consideration, I have revised my prediction. I now think that cyberpunk is going to be the next hot gaming trend. Not convinced? Let me outline my case. 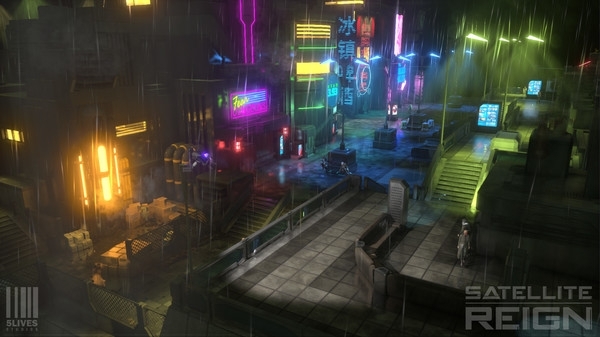 In short, cyberpunk can be thought of as a sub-genre of science fiction that focuses on a dystopian future. In this future, artificial intelligence and cybernetics often take centre stage, but not to the benefit of humanity. Society is typically ruled by authoritarian governments or mega-corporations, with lower caste civilians trodden underfoot. Visually, cyberpunk is often easily identifiable with sterile and rigid cities lit up in a garish glow of electronic and neon lights (see picture above).

When talking about cyberpunk, the film Bladerunner is often mentioned in the same breath. This cult movie from Ridley Scott is the perfect example of what a cyberpunk future might look like. If you want to check out some authors who are often considered trailblazers in the cyberpunk genre, look no further than William Gibson, Bruce Sterling and Neal Stephenson.

Cyberpunk has the potential to be one of the greatest ever trends in the relatively short history of video games. There is almost limitless potential to tap from this genre. The characters and stories that could be told from the unholy union of artificial intelligence, cyber genetics and humanity is mind boggling - just look at the five decades of cyberpunk literature that devs could draw on. And they won't be stories that we have heard countless times before in other games. The wonderfully rich universe that Eidos Montreal created in Deus Ex is but on example. 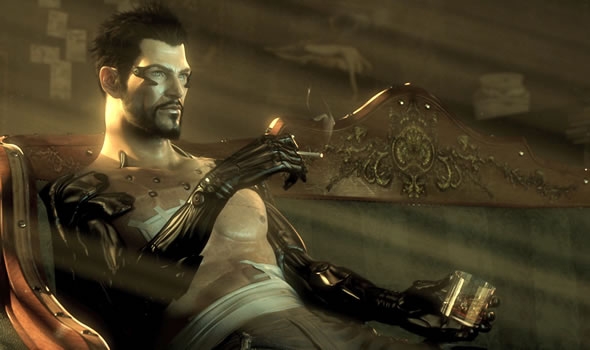 Part of cyberpunk’s appeal is that it often describes a future that isn’t outside the realms of possibility. This makes for uncomfortably compulsive gaming. Could the future described in Deus Ex actually occur? Could genetically enhanced agents roam the streets doing the bidding of a powerful CEO of a mega-corporation, a la Syndicate? The endless possibilities make cyberpunk a great fit for a range of genres – shooter, real-time strategy, RPG, point-and-click, gamebook, adventure and more.

Although cyberpunk games have been around for awhile, I think the critical and commercial success of Deus Ex reignited our passion for the genre. Since then we’ve seen other high profile games also leave a lasting impression like Shadowrun Returns. In the near future, we can also look forward to games like the point-and-click adventure Technobabylon (read our preview) and the spiritual successor to Syndicate Wars, Satellite Reign (read our preview).

However, I think the catalyst for developers to jump on the cyberpunk bandwagon will be the release of Cyberpunk 2077 from CD Projekt Red. The beloved indie studio behind The Witcher series has a lot of standing in the video game community, both for releasing some excellent games and for standing on the side of the fan in the DLC debate. Although details of Cyberpunk 2077 are relatively scarce at this stage, I am supremely confident CD Projekt Red will release a game that the mainstream gaming community will devour, igniting the passion for the cyberpunk games. For now, you can check out the teaser trailer below.

So what do you think? Is it time to move on from zombies to the next big thing? Do you agree that cyberpunk is a real contender? If not, what genre would you love to see popularised in games? Sound off in the comments below.