Gamespot editor Dan Hindes is putting his money where his mouth is, making the switch from critic to creator with retro stealth platformer Wildfire. 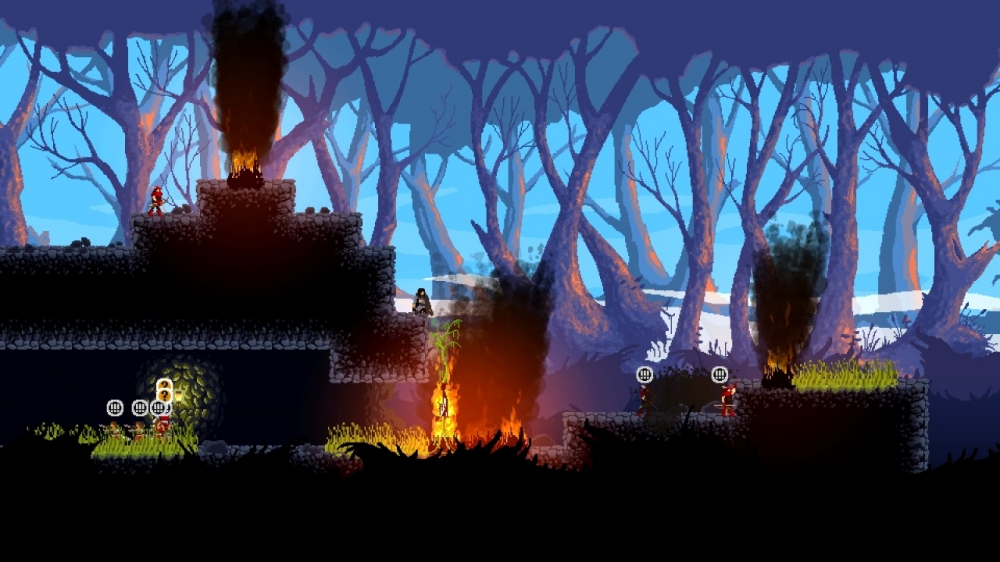 As a fellow member of the relatively small games journalism clique here in Australia, I’ve known Dan for a number of years and I enjoy the way he talks about the industry. I’ve never worked with him directly, but when I hear him address a crowd at a panel or speak to him, I get the impression he understands not only good gameplay, but the machinations and politics of games media. As the regional face of Gamespot, he’d have to, right?

With this in mind, I welcomed news that a Hindes-led indie project called Wildfire had hit Kickstater. It’s not a Gamespot project, instead operating through Hindes’ side initiative Sneaky Bastards - a well-presented site that aims to be “the definitive hub for all things stealth gaming.” However, his main role cannot be ignored and with these two channels combined he has a loyal fan base of gamers already in the bag and a direct portal to an audience thirsty for quality gaming. On paper it’s a slam dunk campaign that is the stuff of dreams for 99% of other crowdfunded projects.

I was very impressed then to find a playable alpha build freely available on the Kickstarter page. It’s a class move, giving punters more to go on than reputation before laying down their faith in cold hard cash.

Wildfire comes across as a passion project from a true fan of stealth gaming. It distils the strengths of the genre into a very pure concept and then builds a sandbox around it in which players can experiment. It doesn’t necessarily change the platformer universe with eye-opening new gameplay mechanics, but I love how it constructs a specific ruleset and then challenges the player to manipulate it in the context of ever evolving level complexity. This is how the very best titles from the era its SNES-inspired visuals and SFX honour cemented their place in our history.

The genre’s best thrive on getting sound, line-of-sight, limited resources and lighting to impact on gameplay, and then allowing the AI to react intelligently to these pillars. Our little hero dude is trying to get through a medieval/gothic inspired landscape filled with patrolling enemies armed with the ability to throw fire (at first) and water (later in the game). The environment features a number of objects that can be lit, exploded or melted, as well as bottomless pits and pools of water to use to your advantage.

Running and landing from big jumps emits sound – visualised by a pulse of blue light – but you can minimise this by walking or falling into grass. You can also hide in the grass, climb up vines, slide past obstacles and eventually ride on smoke clouds to navigate the world. You come across fire sources (and later water) as you go, and a tap of the left-mouse button is all it takes to pull this element into your body, at which point you can then launch it anywhere.

I highly recommend playing the alpha yourself; the tutorial is well-conceived and the gameplay basics quick to pick up. But even this early, it’s clear that Hindes and his crew haven’t over-pumped the concept and it feels wonderfully raw.

Starting a fire will provide smoke obscuring you from view. It will cause the AI to panic and run or otherwise distract them, allowing you to construct a plan for getting past and to the next screen. However, anything that catches on fire will continue to burn and ignite nearby objects, and while you hold the burning embers you can be seen in dark areas like caves. You can run through fire to an extent, but will need to cool off in a pool of water to survive. And all the while, the AI will scope out any sounds, call in reinforcements if made too excitable and chase you down on sight.

As a result, each screen sits on a knife’s edge, allowing you to play with the elements on hand to construct your own plan for getting through in the knowledge that things can go horrible wrong. How will you twist this screen and its pawns to your advantage? And what chaos will the engine unleash if you cock it up?

I look forward to seeing how new mechanics – such as using fire to rocket-jump onto high ledges and being able to freeze pools of water – play into the strategy. I also hope that the difficulty ramps up through the later levels to require ever more complex scenarios, each demanding longer chains of expertly timed nuggets of stealth.

Hindes is the second Australian games media personality in recent times to go from words to code, the other being former MCV editor and Rockstar Games PR legend Leigh Harris. With both Towncraft and Metrocide, Harris and his company Flat Earth Games have proved that critics can make great game makers, turning years of punishing poor design choices into streamlined, unique experiences. As for Hindes, we wish this sneaky bastard a fire free path from alpha to full release.

Back it, and find the Alpha, here.

Also check out:
- TownCraft
- Metrocide
- Our Making of Metrocide Feature in Episode 8 of Grab It