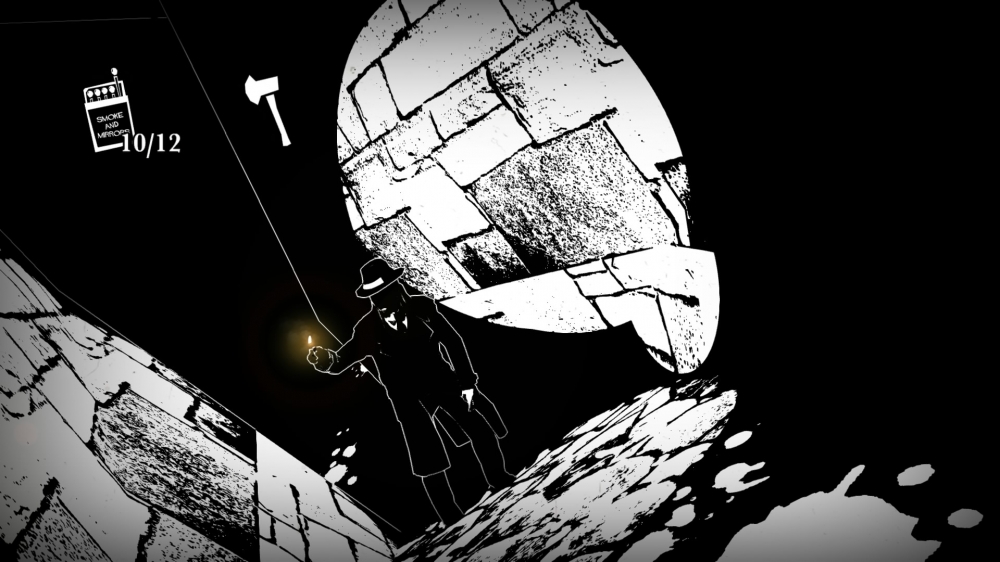 White Night (PS4, XB0, PC) is the debut title from OSome Studios, a survival-horror that avoids the usual Zombie shenanigans to deliver a comparably down to earth ghost story with a detective-noir vibe. You play as a nameless chap who, after an unfortunate car crash, seeks help at a nearby mansion. Of course, the mansion has a deep and sordid history, and the ghosts that reside there encourage the protagonist to explore the abandoned abode’s many secrets through a number of clever puzzles.

These puzzles play out a bit like a point-and-click adventure on a free-roaming 3D playing field. With only a handful of randomly dispersed matches, you traverse the dark corridors and closed off rooms in the house searching for clues, hints and objects that help you progress to locked off areas. White Night’s puzzles play around a lot with darkness and finding a reliable source of light that frees up both of your hands is usually the key to success.

These puzzles were a huge draw for me. Given such limited information about your objective, you often feel like a bit of a genius when you get it right. There are sometimes clues dispersed throughout notes and journal entries left by the previous residents of the Vesper estate, but they’re a rare find. Most of these "puzzle pieces" actually act to build the complex and unsettling chronicle of the mansion. To begin with the notes are quite cryptic, naming characters that have no relevance to you and giving a lot of information on the socio-economic climate of the time. But as you progress, all the pieces begin to fit together quite neatly, and you’ll regret overlooking earlier notes that seemed unnecessary to your mission at the time.

Strangely, these notes sometimes lead you astray. Take this one journal entry, for example, which heavily implied that extinguishing your match would stop the pursuit of an unfriendly ghost. That "merging with the darkness" would save you from an untimely death. After a lot of frustrating trial and error, I found this to be simply false. The ghosts chase you under just about every circumstance. The one thing they are deterred by is an electric light source, which becomes a "weapon" of sorts, useful for clearing out a room filled with spirits. However, putting out my match only made dire matters worse by slowing the character down and forcing me to navigate through pure darkness. 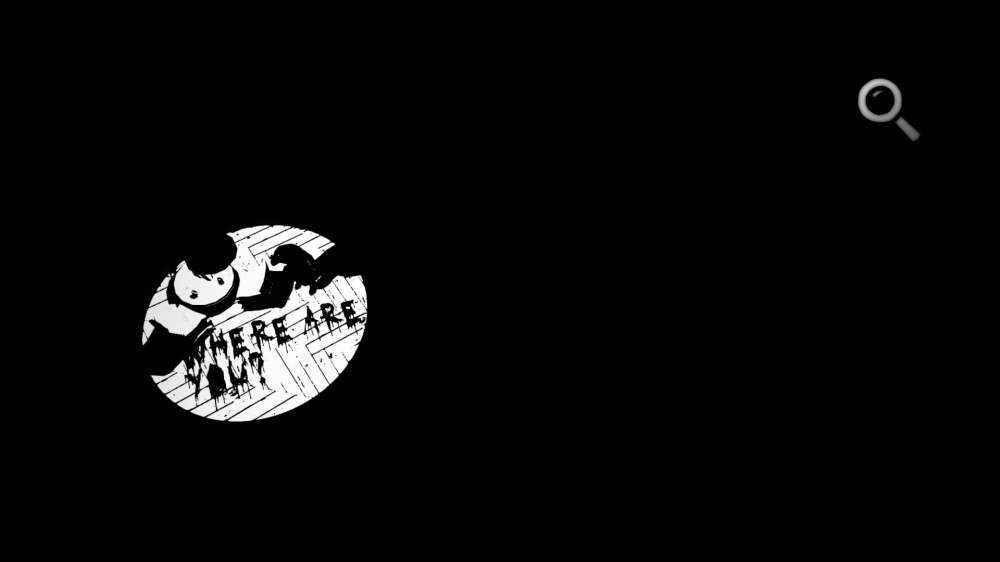 In addition to these little red herrings, there’s also a bit of tiresome backtracking and open doors that lead you nowhere of importance, but that’s somewhat expected from a game about discovery and didn't necessarily have a negative impact on my experience.

Speaking of discovery, the mansion itself (although a somewhat tired trope for a survival-horror) begs to be explored. The light from your match offers a small proximity of vision and you’ll often find yourself taking small baby steps, fearful of what could be waiting for you at the other side of the room. In that sense each room is a puzzle in itself. Unless you can find a working light switch (a rarity), you’re forced to construct an image in your mind based on the patches of detail you get wandering around with a lit match. The stark contrast of black and white makes it even harder to see through the night, and natural light from the moon is utterly useless. This, coupled with the fixed camera angles (think Resident Evil), makes for one truly terrifying experience and the visual constraints only deepened my growing obsession of unlocking that next door.

The only issue is that merging these two design choices can often create scenarios that offer cheap deaths, a near unforgivable frustration when save points are few and far between and failure is always the result of a one-hit kill. Without giving too much away, there comes a point in the game when the ghost population of Vesper manor begins to boom. The electricity begins to fail and you’re forced to slug it through the crowded rooms with naught but your precious matches. You have absolutely no way of telling if you’re heading straight for a hazard when transitioning between frames and you’d have just as much luck surviving the gambit of ghosts blindfolded. Luckily this doesn't happen all that often, and it’s always a relief to be back at peace, solving puzzles like the old timey detective you are. But, in a game where momentum is usually dependent on the player’s wits, it’s a real drag when you’re impeded by an unfair death and a lengthy setback. 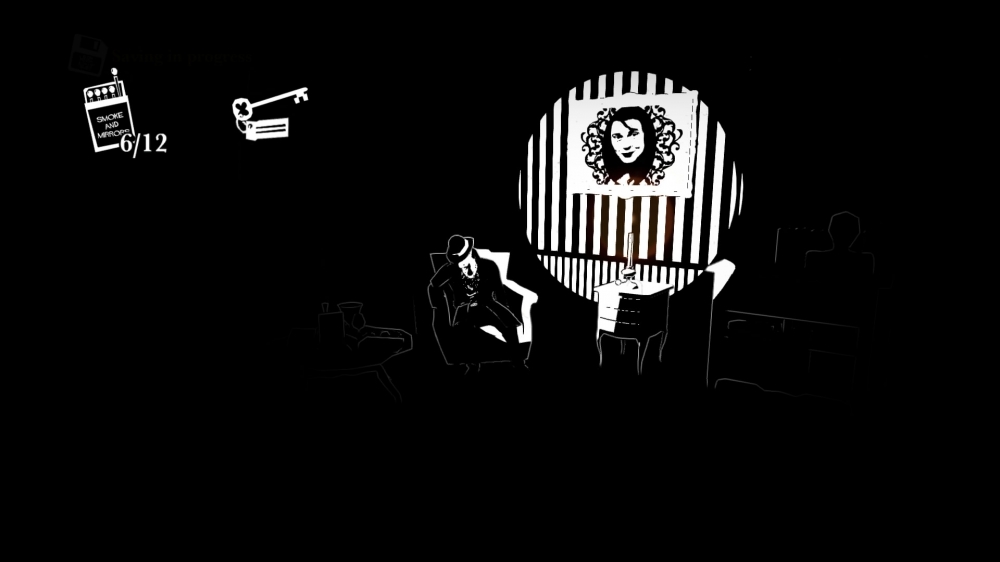 I haven’t spent nearly enough time in this review talking about White Night's beautiful presentation. The same black and white contrast that evokes fear and mystery is undeniably stunning. Often the light from my match created such a striking image that I couldn’t help but stop and take it in. You could make a comic book comprised entirely of screenshots from this game.

White Night has some really fascinating ideas in terms of gameplay. Though, the execution sometimes calls for refinement, it’s still an exciting foray for the indie developer and one that has me expecting some great stuff from OSome Studios in the future. Aside from a few minor frustrations, White Night as a whole should be considered a success. The narrative answers just about every question you could possibly have about the story - even the ones you may not have considered, such as "why are there so many matches lying around this forsaken mansion?" And, though the game’s graphical merits may not sell copies, it is for me, as good a reason as any to jump in and experience this Hitchcockian adventure.

It’s a grim tale that never disappoints and although I had to wade through some murky water to see it through, the light at the end of the tunnel was an overall satisfying, if sombre experience.