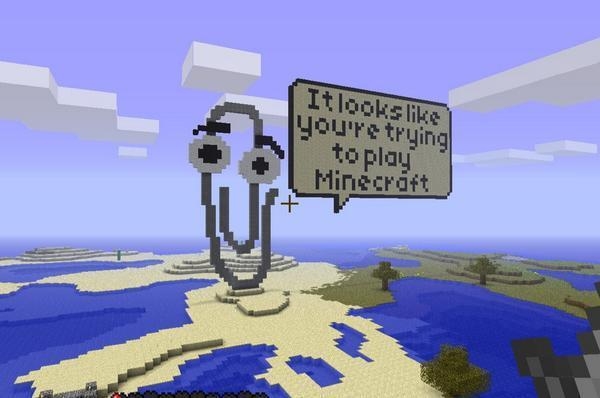 So Microsoft might be buying Minecraft, no joke. In fact, this is one industry news outlet Bloomberg had to say overnight; "[Marcus 'Notch' Persson] reached out to Microsoft a few months ago, based on a positive working relationship on Minecraft for Xbox. The two companies quickly agreed on a framework and approximate price and have been working out the details since, the person said. Persson will help out with the transition, though he is unlikely to remain beyond that. The software maker calculates it can boost Minecraft sales by expanding the number of game users through Microsoft’s position in video games and computers, and by expanding licensing for things like toys and movies.”

So what does that mean? How is it going to affect ordinary Minecraft players?

According to a report in the Wall Street Journal, backed up by Bloomberg, the current negotiated price for Minecraft developer Mojang is a cool US$2 billion! Or more impressively, $2,000,000,000 - that is a stupidly large sum of money! Let's put that figure in context. That is roughly 80 million times the box office revenue of the Harry Potter film franchise. It is 14,000 times the average annual income in Australia. It is the cost of 133,333,333 pet bunny rabbits from my local pet store. If you were to spend two billion on gummi bears it would get you 200,000 tonnes of gelatin goodness. In short it is a lot of money (and one big stomach ache if you spent it all on gummi bears).

But what does it mean for the games industry and you, the gamer? Despite the sum, for Microsoft it is a smart move, Minecraft is indisputably one of the most influential games in the modern market, having sold around 50 million copies across all of it's platforms. Minecraft is also easily the most played game on YouTube, too. And perhaps most importantly, it taps into and ultimately dominates the young gamer market, a space that Microsoft just hasn't caught yet as it has pushed its consoles more and more towards hardcore gamers.

On face value, the Minecraft IP, game, merchandising and feature film - and what it can to do to drive attachment to Xbox and Windows - are no doubt worth the staggering two billion dollar sum. Considering that Microsoft was willing to spend US$50m on time GTA DLC exclusivity, this almost seems like a bargain.

In the past, Notch has been notoriously against large gaming corporations and has often spoken out against their appropriation of smaller firms. Just last year one of Mojang's co-founders Carl Manneh said, “we have the cash flow. We have more money than we ever need” and followers of Notch's Twitter feed will remember him sounding off about Microsoft attitude to releasing indie games through the Windows Store. So why would Mojang sell?

In recent history, Notch has increasingly distanced himself from ongoing work on Minecraft, working on his next title Scrolls and even going to legal battle with Bethesda over the games title. Perhaps he is simply over it? Perhaps a clean cut allows him to move on.

Is it that bad that he wants to hand the reigns over and move onto other things as a creator? There is a saying around game designers, that you design what you have to until you can afford to design what you want to. Maybe that is how Minecraft began, as a simple project. If that is the case then Notch now has all the freedom to create whatever he likes. And that's great news for gamer - new things are good... great even.

As for Minecraft fans, fingers-crossed, not a lot changes. Microsoft is (hopefully) intelligent enough to not mess with a good formula. It is worth remembering that Microsoft purchased Bungee in 2000, which led Halo to being the FPS giant that it is today. Then again, they also purchased RARE... One thing is near certain; future Minecraft products are unlikely to appear on other platforms.

Either way, we do need an official confirmation. It was only a month ago that all of the news media around the globe was convinced that Google was buying Twitch, only for Amazon to be the buyer. So until we know for sure, this is all speculation, but stay tuned to the website and keep your eye on the Grab It episodes as the story unfolds. Oh, and if you haven't already, get Minecraft on your iPad - it's amazing.