Wargaming's next big free-to-play online phenomenon is getting ready to hit the waves. 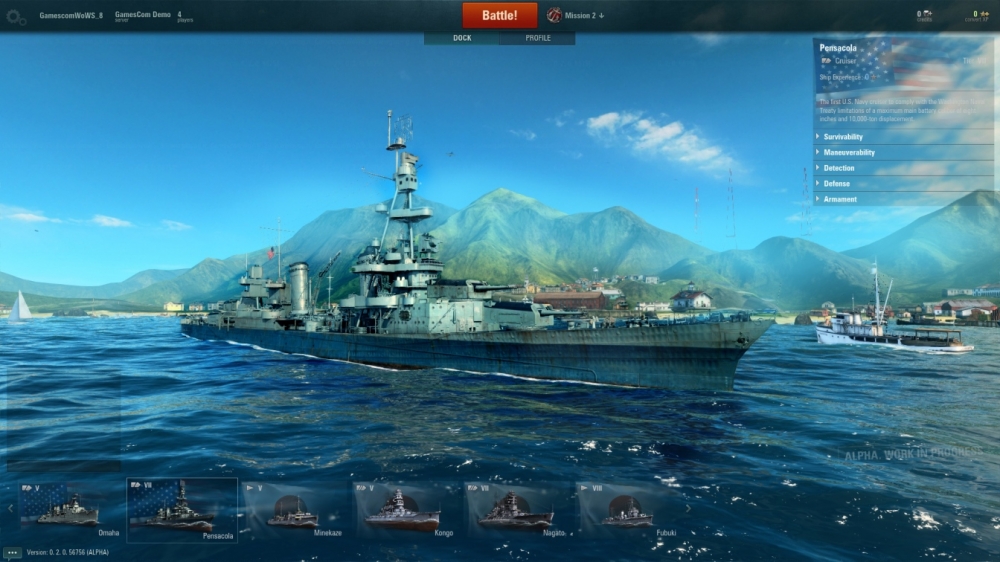 Update: Wargaming's representatives have been in touch to let Grab It Magazine know that World of Warships still does not have a final release date and that final testing remains in progress. It would appear that the event in early September is - at this stage at least - an opportunity for media to get more access to the title. We'll keep you updated on any date news, and also bring you a live feed from the party via our twitter account.

Fans of Wargaming and the previous titles should definitely pick up a copy of Episode 5 of our digital iPad magazine. The issue featured a huge exclusive making of feature on the World of Tanks phenomenon. With behind the scenes insights and images, as well as a full rich-media experience, it's well worth your time. The full contents of the episode can be found below and you can grab it here;

Episode 5:
Our highlighted game is Wargaming’s World of Tanks Blitz. In our epic making of feature, we talk to the studio about the origins of the game and bringing this PC blockbuster to iOS. Exclusive behind the scenes images, sounds and video greet readers.

+ A run through the top 10 MFi controller supported games on iPad
+ We revisit racing classic Real Racing 3 one year after launch to discover how it has evolved and what is in its future
+ Find out how one indie iOS game is helping scientists cure cancer
+ And all the latest in iOS game news, opinions and other fun experiences