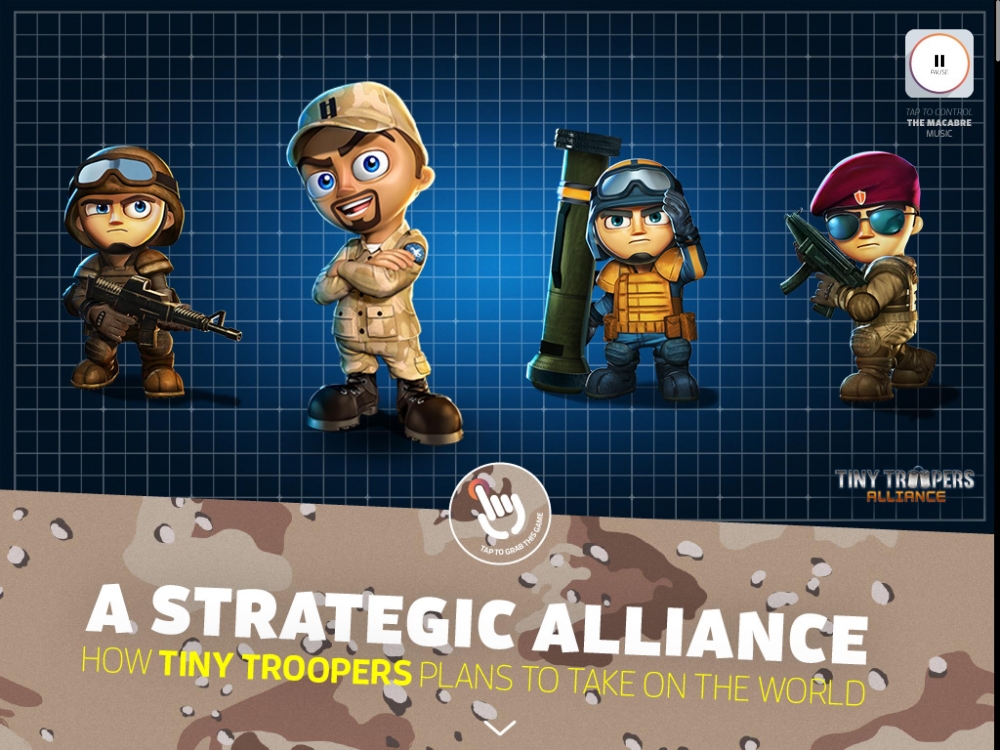 Update: Put on your camo and get ready, Rambo II style, for Tiny Troopers: Alliance, which is out now in Australia and rolling through the world as the clock strikes midnight. Grab it here when you're officially at October 2.

Original Story: The news has just come through; the order has been given. Tiny Troopers: Alliance is marching onto the App Store on October 2 – yes, as in tomorrow. This exciting spin-off to the excellent seven million selling combat series delves into F2P, base-building territory and allows you and up to 50 colleagues to take the fight to the world in one big alliance (hence the name).

We ran a world exclusive making of feature on the whole Tiny Troopers series, including its origins and this latest release, in Episode 7 of Grab It. For everything you need to know about this game, or just to deepen your knowledge on the franchise and developer Kukouri Mobile Entertainment, you can download it to your iPad right now. It’s a great read - grab it here.

There’s plenty more in this episode, including a world exclusive making of feature on Midnight Star, the mobile FPS by the creator of Halo set to redefine the genre on touchscreens. Full trailer below.