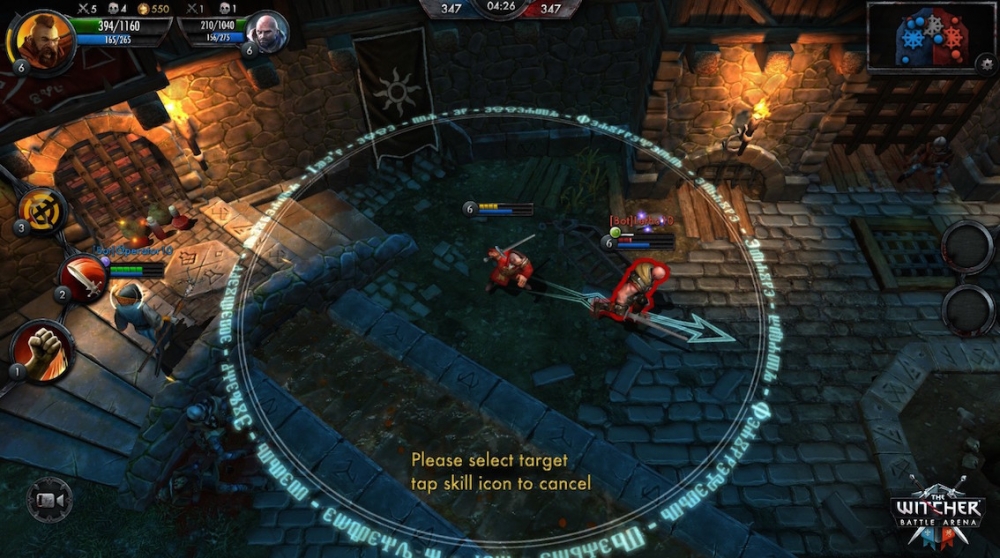 Back in August, CD Projekt Red released the first trailer for The Witcher Battle Arena, a mobile MOBA with 3v3 battles, based on Andrzej Sapkowski’s The Witcher series. Around the same time, Android users were given access to a Beta, and iOS users were left twiddling their thumbs, filling the gap with other amazing mobile MOBAs like the beautiful Fates Forever, which we reviewed (an featured a making of interview) in Episode 7 of Grab It Magazine, and Apple’s poster child for the A8 chip, Vainglory. Well the wait is over, for a lucky few at least. Right now you can register your interest for the iOS Beta of The Witcher Battle Arena here.While you’re not guaranteed a spot on the list, everyone involved will take part in shaping a better experience for players when the game eventually releases some time next year.

With the explosion in popularity of Multiplayer Online Battle Arenas, their successful transition to the touchscreen, and Sapkowski’s sprawling international fan base, this game will undoubtedly gather a lot interest leading up to its release. For now, here’s what CD Projekt Red has to say about the game’s story and setting:

"War between the kingdoms of the north and the Nilfgaardian Empire tears the land apart. This is a conflict of unparallelled brutality and devastation--a total war. Old alliances have been destroyed and friendships have perished, leaving only trails of bodies and the sound of daggers being sharpened in the shadows. The lost souls displaced by this chaos must forge new destinies. Some lend themselves to the war effort, others decide to seek glory elsewhere. The latter often come to the Nilfgaardian Arena, a dark and bloody place where gladiators fight to the death for gold and the ultimate prize--the emperor’s respect. Become characters known from the Witcher series such as the kingslayer Letho, the dwarven brawler Zoltan Chivay, the mysterious Operator or the powerful sorceress Philippa Eilhart, and fight for glory, for justice, for honor... or just because that is what you love doing the most."