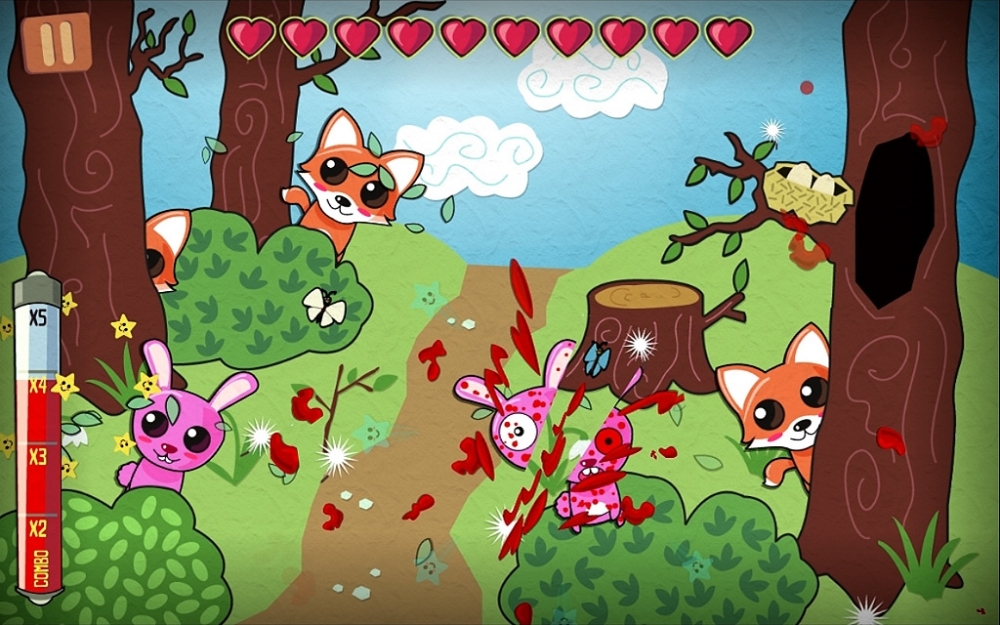 We just got word of Kawaii Killer, which developer Tabemasu describes as a “cartoon-gore” game. If that alone doesn’t give you an indication of the kind of experience you’ll witness in the trailer below, let us set the scene for you. In Kawaii Killer, you play a trapper called Davy, wandering through a bright and colourful forest. You’ll encounter 14 different animals on this walk, each of which you need to butcher ferociously using a different technique of swipes and taps to suit the offending beast's die method. Blood, guts, bones and the best bits of a child’s dream splatter across the screen as you go.

It’s super frantic stuff – and the gameplay clearly takes some inspiration from Halfbrick’s juggernaut Fruit Ninja. No release date is announced just yet, but we suspect it will be soon. The game will come with a number of game modes, some offering a “hardcore challenge,” which given the premise could mean just about anything. Could this be a cult classic in the making or one for animal welfare types to furrow a brow at?