In early 2014 I sparked a conversation with indie developer BeautiFun Games about the idea of doing a Making Of feature app on Nihilumbra, a 2012 platformer that had become something of a cult hit. I was ecstatic to find the team enthusiastic and generous with both its time and assets. We were a few episodes into the main Grab It experience at that point, and it felt like this would be a good way to experiment with new design ideas and coverage concepts. What I love about the indie gaming scene is that nearly every game has a relatable human tale behind its creation - a tale worth telling. So, as it turned out, was the case with Nihilumbra.

Nihilumbra is a magical little platformer that manages to be simple, yet compellingly deep at the same time. Its wonderfully conceived aesthetic, pinpoint controls and meaningful discussions into self-worth and a sense of place stuck with me. While its super challenging Void Mode tested my long-sharpened gaming skills rewardingly. It’s not the greatest game every made, no. But it is a great game.

We've done a stack of Making Of features in the main Grab It series proper (see the list below), but with this special edition being focused solely on Nihilumbra, we were able to really experiment and push the boundaries of digital magazine design by creating interactive interface elements that match those of the source material. Using video, sound and animation, we were able to put the editorial into an experience just like the game world we're talking about. Where you can physically play the magazine. The goal is full immersion, and what we learned creating this app we have now carried into subsequent episodes of the core Grab It experience.

Here are some examples of what I mean: note, we create Grab It using indesign.

In this image, you can see that we have recreated the menu system from the game in the magazine, so that you can tap the colour to change the whole backdrop - a mechanic from Nihilumbra. 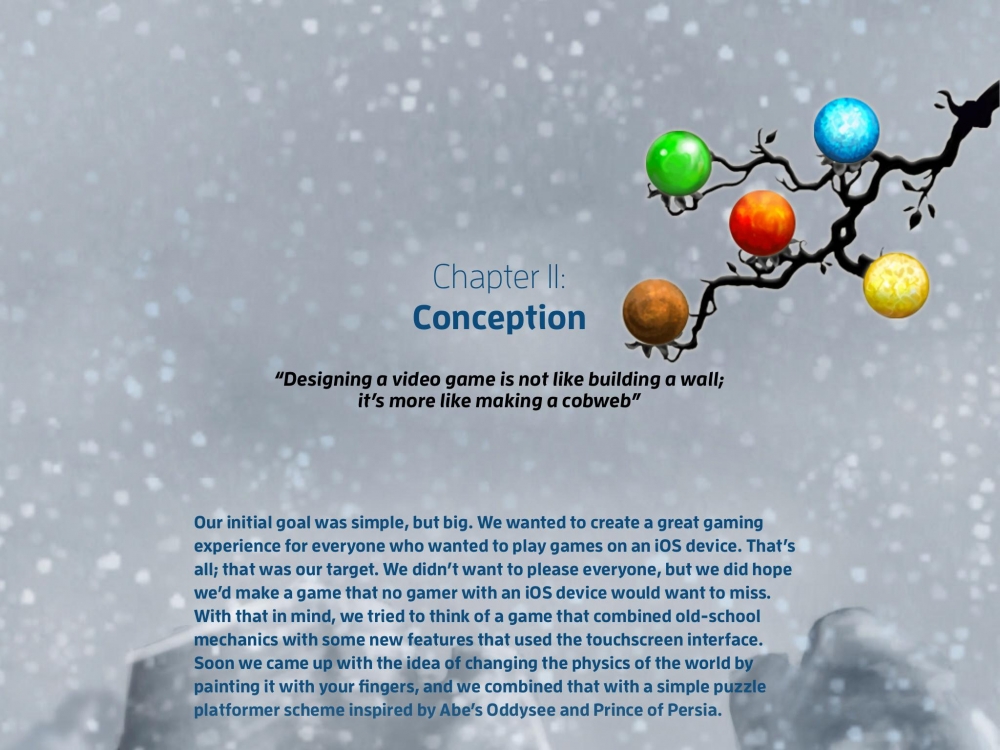 In this pic, we have created an interactive element that recreates the gameplay element where the character is shunted upwards by a gust of air. 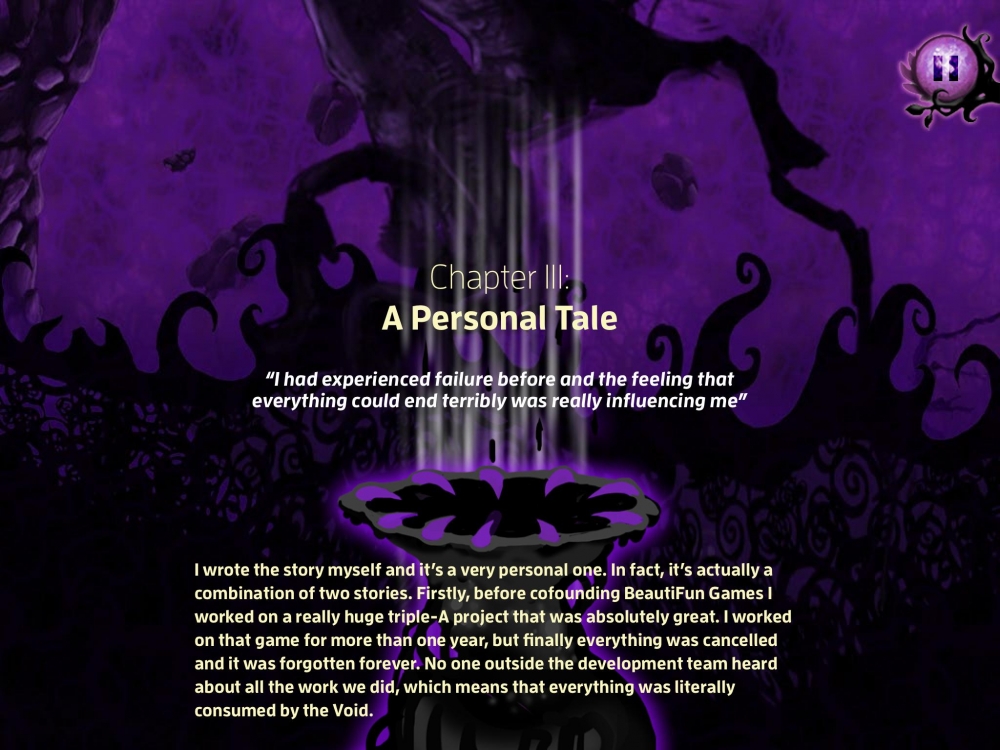 Here, the lava moves up and down on the screen just as it does in the game world, all while the music from the stage plays in the background. 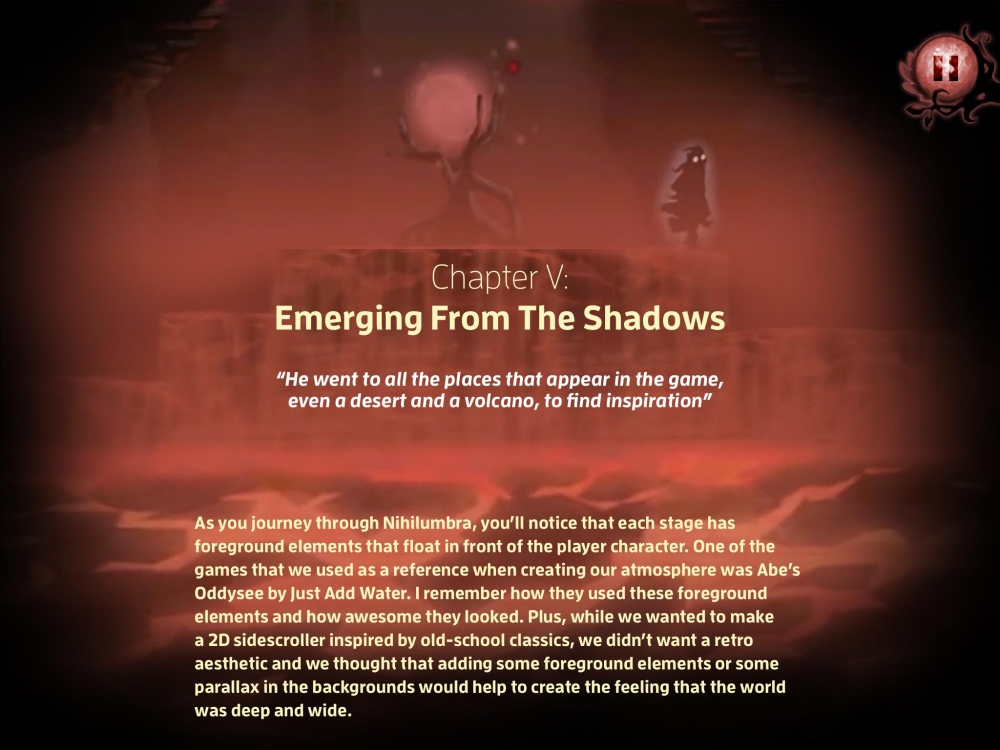 On this screen, you can use touch to move the player character - the black blob Born - and recreate the moment when he transforms into a humanoid being 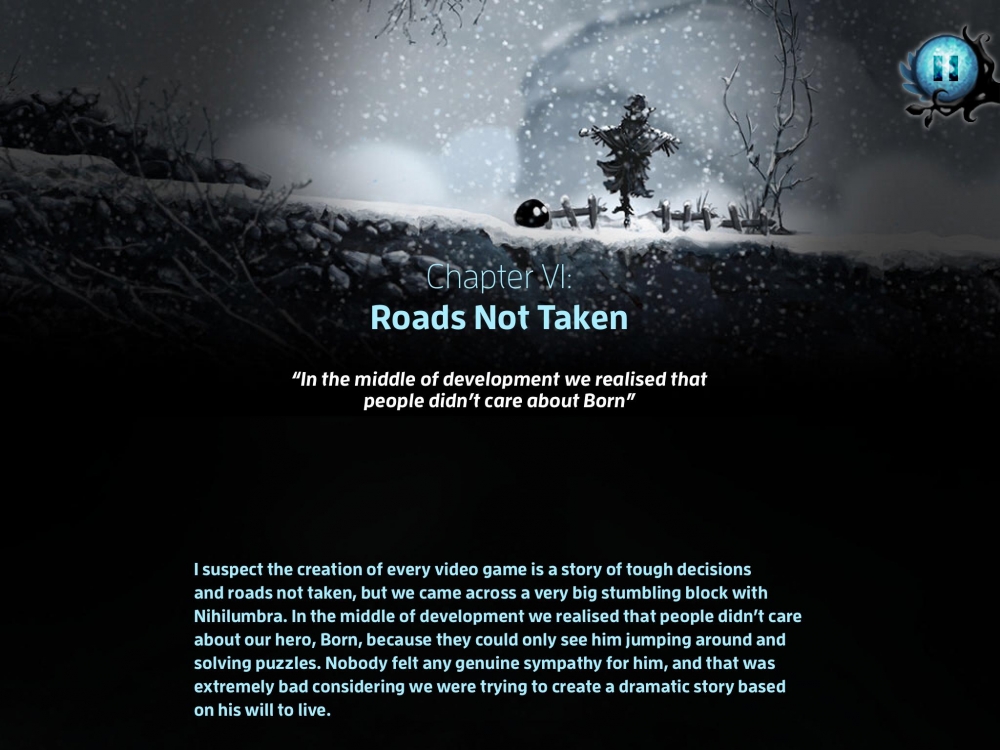 In the game, monsters can leap from beneath the surface to gobble you up, an experience recreated here if you interact with the right spot. 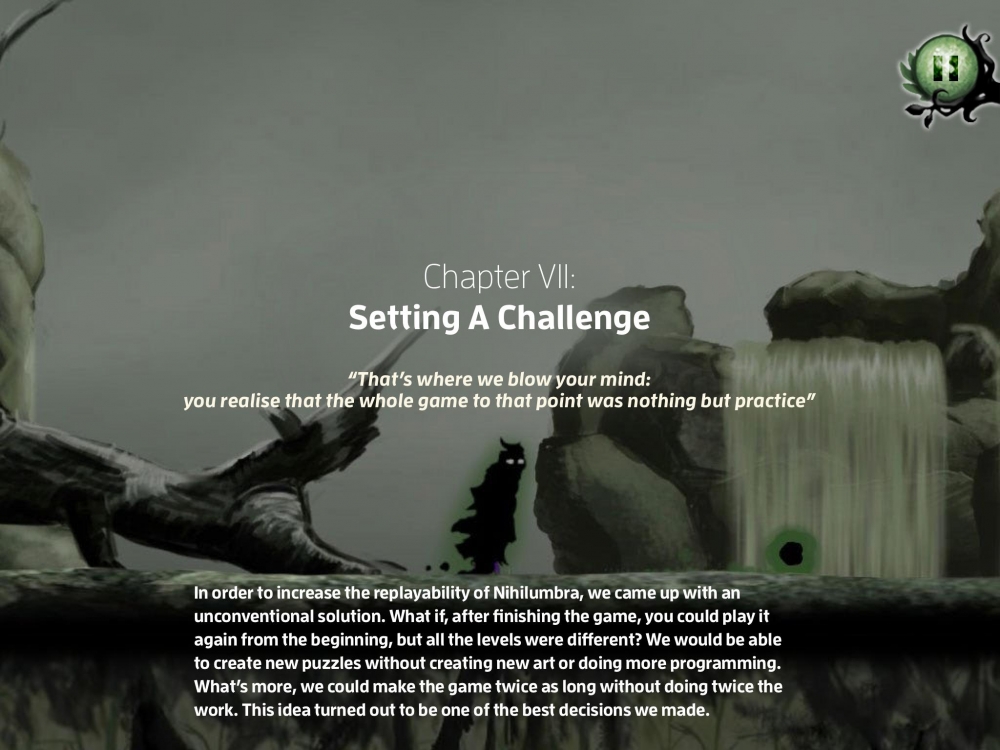 I hope you enjoy this journey into the development of Nihilumbra, a narrative-driven platformer from BeautiFun Games, and into what we believe is an exciting evolution of games coverage in a digital form. Be sure to check out our regular episodic coverage of the indie iPad gaming scene with Grab It – Episode 1 is free so you can sample it with no obligation – and drop by our social networks or sign up to our newsletter to stay connected and to keep informed with all the goings on during this new golden age of gaming.

You may also enjoy reading:
- The Top 50 Best Indie iOS Games of 2014, So Far
- Building A Games Magazine That's Organic to the Format
- Download Size vs. User Experience in Digital Magazines