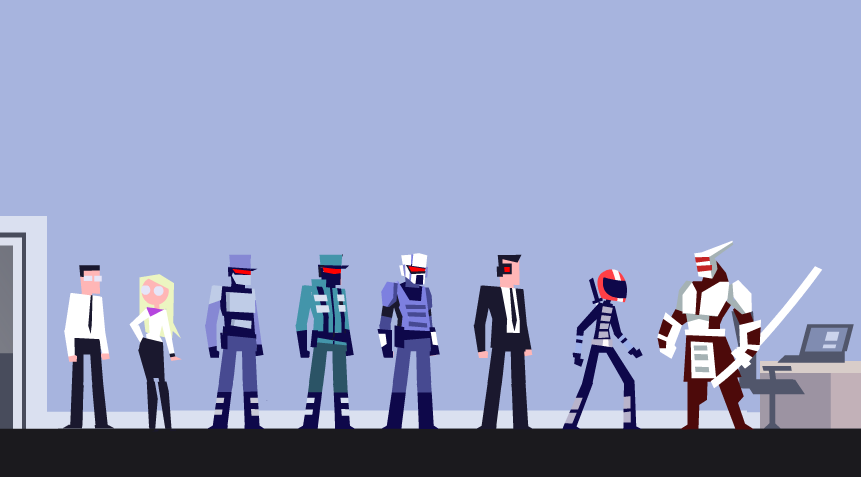 As far as first impressions go, it’s impossible to ignore the resemblance that Tomasz Wacławek's Ronin bears to its predecessor, Tom Francis' Gunpoint. The window smashing, office block intruding, 2D platformer wears its influence on its sleeve, and much like a doting younger sibling, it wears it with both pride and a tongue planted firmly in cheek. But, to simply call Ronin a "Gunpoint clone" would be a disservice. As anyone who has spent some time with the turned-based assassination game can contend, Ronin brings its own style of fun to the table.

What has me most invested in Ronin is it’s unique take on turn-based combat. As the titular ninja, you will infiltrate buildings, eliminating agents and other ninjas, massacring your way towards a final assassination target. When an enemy is encountered, the action comes to a pause, and the player must strategically adjust the trajectory of the ninja’s jumps to avoid gunfire and place the nimble assassin in a viable position to eliminate each target. If the player is close to an enemy, a slash prompt will appear. If the enemy is too far away, the player can choose to throw their sword. This mechanic pushes the player to fight like a ninja, with style and grace. Ronin doesn’t waste too much time explaining the possibilities this mechanic allows for, so players are driven to get creative with their assassinations. Already, there are videos emerging with players risking death to trial out new and exciting ways to take out each target, and from what I’ve seen so far, it’s a risk that pays off in many breathtakingly badass resolutions. 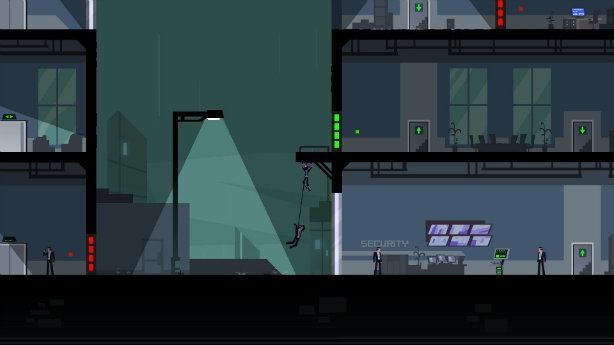 As development gains traction, Ronin is becoming more and more its own beast. With some freshly updated graphics, hints at an overarching narrative, and the support of publisher Digital Devolver, Ronin is shaping up to be one of my most anticipated indie titles of 2015.