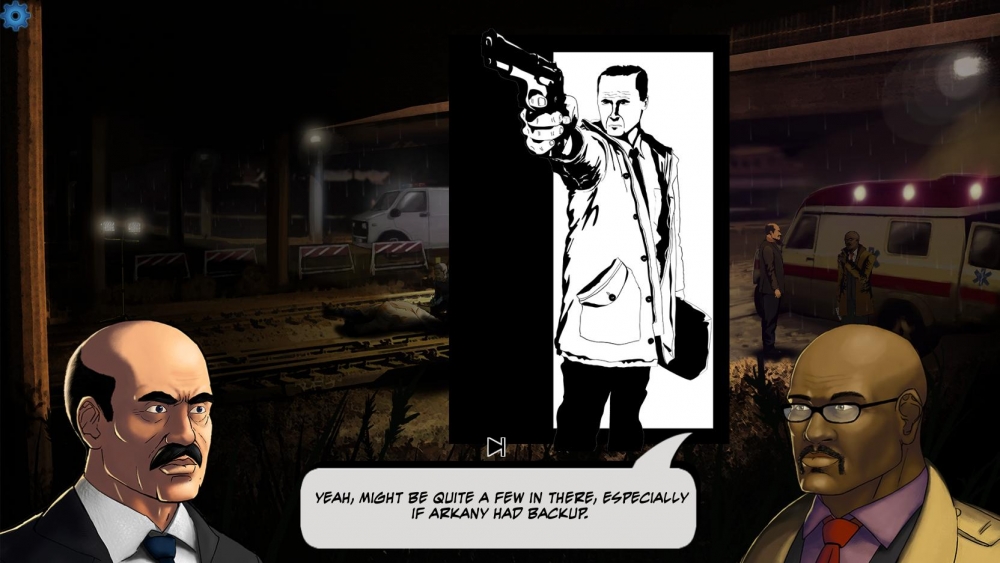 Update: We've just got word that The Detail has just landed on Steam. You can grab it here for an early adopter discount.

Original Story: It’s not hard to be attracted to Rival Games’ upcoming crime noir The Detail. Its comic book flair is layered with the atmosphere of a Sin City or even a Seven, while its promised mix of action, mystery, adventure and RPG mechanics can’t help but intrigue. The game is on its way to PC and mobiles, and we caught up with Jukka Laakso, CEO of the Finish studio, JD Sorvari, lead writer, and Timo Naskali, lead programmer, to find out more as the team put the final touches on the game’s first episode.

I noticed (from the interactive trailers) that the conversational dialogue in the game is presented in the form of a cinematic. I was wondering if there would be times in the game where you get to engage in purely conversational dialogue that’s geared towards fostering genuine relationships with the in-game characters?
JDS: The interactive trailer was of a particularly cinematic scene, whereas most of the dialogue you will find in the game is actually more conversational, and created with those genuine relationships in mind. The scene in the trailer was chosen because it was the most graphically interesting one we had (at the time).

I also noticed that there are instances where your decisions are purely spontaneous, such as the fight scene between Katelyn and the man in the apartment. When the two are wrestling you’re given a variety of options when it comes to defending yourself, but I noticed that there wasn’t a time limit on how long you could take to make your decision. Is this just a restriction of the interactive trailer or are there really no time limits on player decisions?
JL: As you suspected, it was indeed just a restriction of the interactive trailer. We do have time limits when it comes to "action" scenes. However, instead of just killing the player from failing to meet the time limit, the game makes a choice on the player’s behalf. It is just one of the ways we wanted to keep the momentum of these scenes moving forward, in a similar way to PS3's Heavy Rain.

I thought it was interesting that you could play as multiple characters over the course of the game. Are their stories completely separate from each other or do they somehow intertwine?
JDS: I like to think that everything intertwines in The Detail. The characters bounce off each other, the player can influence their relationships, and the sins of one may land on another. I suppose it would not be too spoilerific to say that the fates of our leads are tied in ways they do not yet realise themselves.

There’s a quote from JD in the Steam Greenlight forums that I found interesting - “Complete freedom is of course impossible, but here's my promise to you: we will give you more real choices than Telltale does.” How will The Detail will execute decision driven gameplay in a way that Telltale has failed to do in the past?
JDS: I wouldn't call it so much a failure on Telltale's part as it is more of a design choice. Telltale conforms rather rigidly to the so called string of pearls model of branching dialogue, where the branches are regularly drawn back together into a single point, from which they branch out again.
Naturally we have these squeeze points as well, because otherwise it would be impossible to control things, but instead of a string of pearls, our model looks more like two octopuses embracing.

There are short, medium and long term effects to the player's choices, as there are in real life. Telltale's model is easier to manage in production and is in that sense more “professional,” but our model is more organic, in effect giving the player greater influence on how the story proceeds, as well as those real choices. Of course it also makes for more headaches during production, when we have to make sure that all of the game logic actually works.

Besides decision driven gameplay, what other mechanics can we expect from The Detail in terms of puzzles and the like?
TN: These are a couple of minigames where your dexterity and ability to withstand pressure will determine the outcome. Fights are usually handled through quick-time events, which boil down to decision-making, but under time pressure. Hunting for evidence could also be considered a gameplay mechanic, although this can be skipped by using the hotspot highlighting system if it’s not your thing.

In one of the Rival Games post-mortems it was mentioned that almost everyone everywhere told you to ditch the episodic format and go with a F2P model, but you guys refused. What was the driving force behind this decision?
JL: It was the gameplay. Interactive storytelling and the F2P model just don't work hand in hand at the moment. The F2P model is driven by repetitive core loops in the gameplay, whereas our experience is driven through emotion and choices. The episodic model felt right one and gave us enough options to create a game that matched the vision we had from the beginning.

How has The Detail benefited from sticking with the episodic format?
JL: The main benefit comes from being able to focus on the content itself instead of the monetisation around it. Our core business is interactive storytelling and therefore it should be self-evident that most of the resources should be used for that. However, as a side note, we do toy around with different ideas evolving around other business models and storytelling a lot. The games industry is constantly changing and you have to understand that change in order to be able to adapt to it. So in future we might do something different, but so far episodic has been the right choice.

How are you planning to take advantage of the touch interface for the mobile port of The Detail?
TN: First of all, I wouldn't use the word "port" here, since The Detail has been designed to be played both on tablet and desktop from the get-go. As for taking advantage of the touch interface, the aforementioned quick-time events are handled using swipes - this felt like the most natural option and allowed for fast user input. When examining objects up close they can sometimes be dragged around with the finger – in fact there are lots of intuitive elements like that.

For example, picking what action to perform is done using a radial wheel that pops around your finger when you tap a target. Some actions that use buttons in the desktop version instead use natural gestures like swiping and pinching in the tablet version. When moving a character around the player is not limited to tapping on a single spot on the ground and waiting for her to move there, but they can slide their finger along the ground and the character will follow it.

What is the average run-time for an episode of The Detail?
JL: The average depends a lot on the type of the person playing it. Just by running through the main plot without doing anything else, it will probably be less than an hour. If the player, however, is interested in finding more about the world of The Detail and its characters, the typical playtime has been from 90 minutes to two hours.

When can we expect the mobile version of The Detail to hit the App Store?
JL: Right now we are working hard to get the first episode ready for launch on a more traditional platform in Steam. As you may know, the App Store is over-crowded with games at the moment, and we wanted to get some traction from other platforms before hitting our major market place. That being said, the first episode, "Where the Dead Lie", will hit App Store definitely later this year. The exact date remains to be seen.

Reference:
The Detail On Steam Greenlight 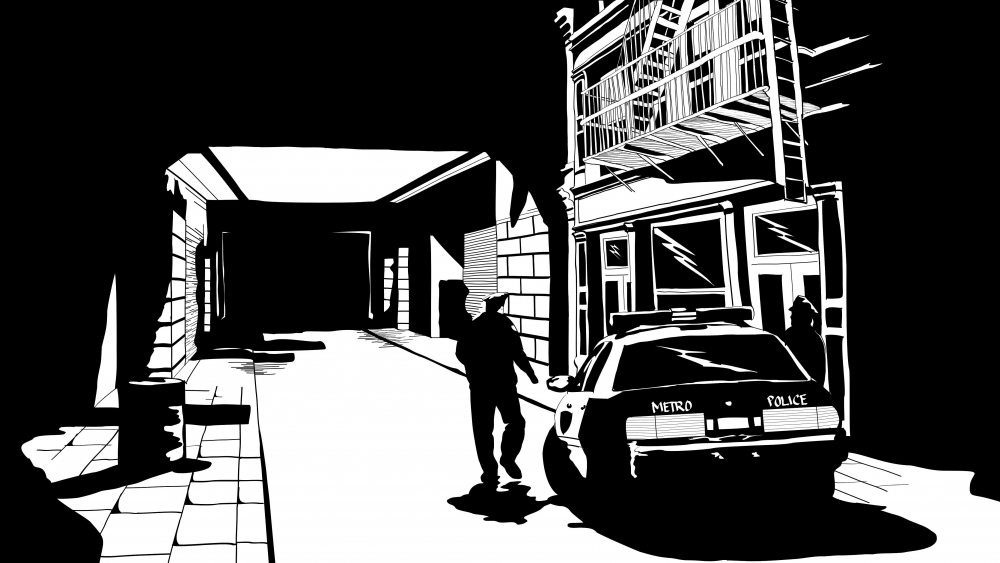