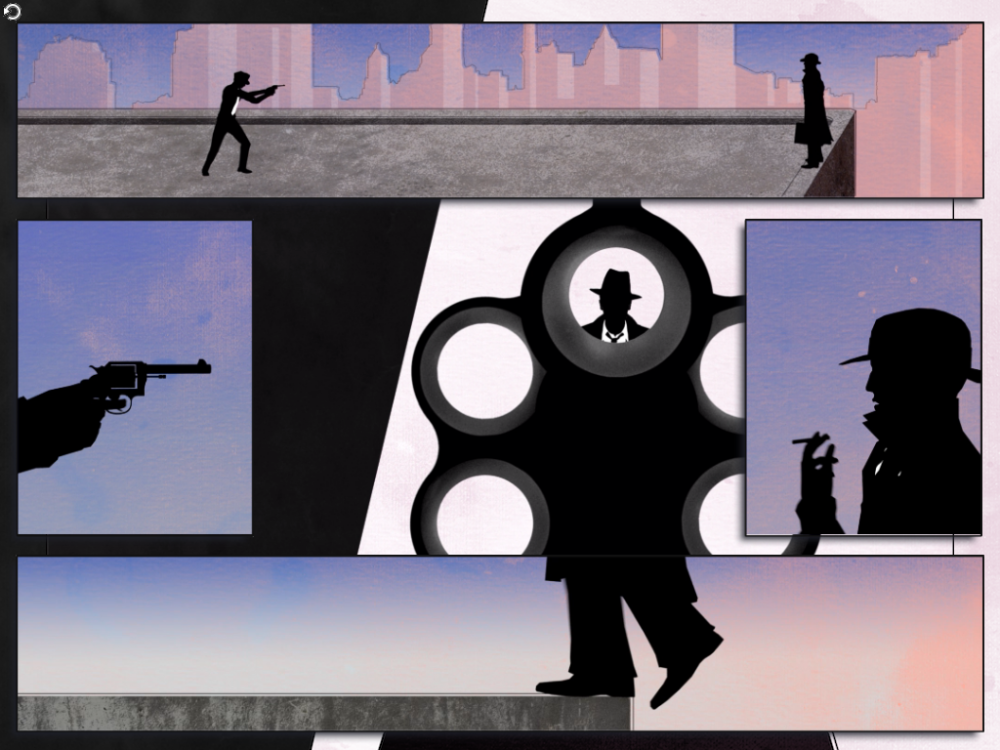 Loveshack's FRAMED is a new "narrative puzzle" experience where the player is tasked with manipulating comic book panels in order to achieve a desired story outcome, precluding the capture of two elusive thieves.

Last night I worked the old 9pm close like many retailers do in Australia on a Thursday night. Usually, there’s not much to look forward to after a late night shift dealing with self-entitled consumers. But last night was different. Last night I had a spring in my step and a smile you couldn’t wipe off my face even if you told me that trading hours have been extended for Christmas, again. Because for me, my friends, with the surprise announcement that FRAMED was released worldwide today, Christmas had already come.

You see I was oh-so-lucky enough to spend some time with FRAMED before its release in preparation for our insanely huge PAX AUS edition of Grab It last month. Being a big comic book fan, and a self proclaimed student of Scott McCloud’s Understanding Comics, I went into FRAMED sceptical, despite the admiration it had received from so many game conventions. I was stupid, naïve and maybe even a little bit smug, because in my short time with FRAMED, Loveshack Entertainment's Josh Boggs, Adrian Moore and Ollie Brown introduced me to a world where comics and interactive gameplay coexist gorgeously as one.

Scott Morrison taught me that the way panels are positioned and scaled in comics is no random act for art’s sake. Framing panels speaks it’s own unique language. Large panels are important and often show moments of significance or power, where as short, sliced panels represent speed and a frantic energy. These ideas aren’t just present in FRAMED, they take control of your scrambled brain as you try to twist and swap out panels in order to create the perfect getaway for our enigmatic protagonists.

And maybe the most beautiful part of FRAMED is that it isn’t just a one trick pony that relies solely on its connection to the graphic novel medium. No, the puzzles are varied and more difficult than you could imagine from what you’ve seen in the trailers. The soundtrack is smooth and offers up a whole other tier to the interactive experience. And the narrative is subtle, understated and magnetic, pulling you along all in the hopes of finding out more.

This is, of course, all the opinion of one fan boy who thoroughly enjoyed their time with the alpha experience and left desperately wanting more like a dame left alone on an airstrip. But hang out for a review from Grab It and if this game has piqued your interest like the mysterious contents of a certain briefcase, then check out our hands-on and making of interview for FRAMED, and other amazing indie titles, in Episode 8 of Grab It Magazine.