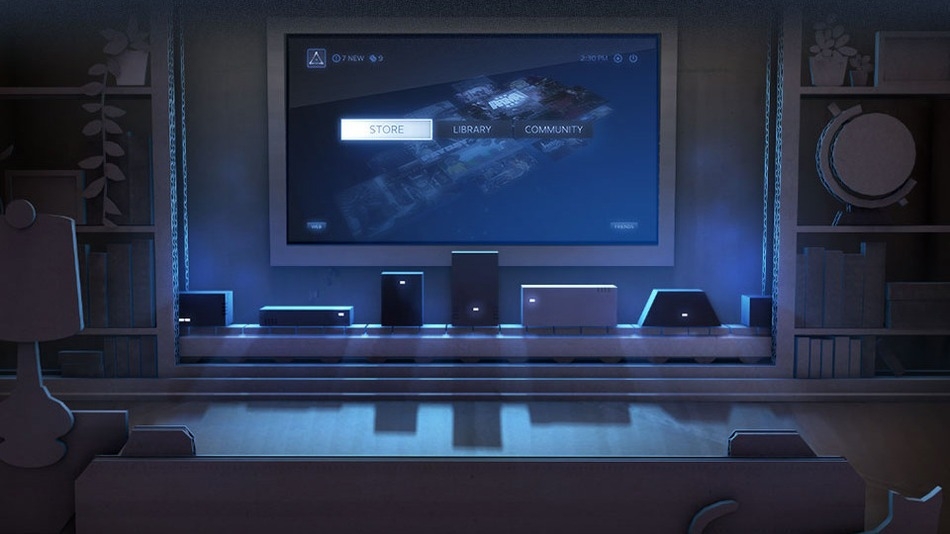 Like the gruff and slightly disheveled rebel who views mainstream society with suspicion, Valve has always been a company that loves to buck the typical social trends. Time and again, the company has earned thunderous acclamation from gamers by offering an excellent gaming platform and developing games of undisputed quality, all while showing a keen willingness to listen to its players and innovate. Indeed, for many, ‘Gaben’ can do little wrong, apart from being unable to count to the number three. But if the confusion surrounding Valve’s latest baby – the Steam Machine – is anything to go by, the company may be about to put a foot seriously in the wrong direction. Are Valve’s Steam Machines dead before they even hit the market?

If you’re still unsure what purpose Steam Machines serve or why you would consider purchasing one, there’s no need to panic – you will be gladly welcomed with open arms by your just-as-confused brothers and sisters. Ever since the company announced the slightly eccentric Steam Box back in September 2013 (along with a funky new controller and a new game-focused operating system, SteamOS,) the picture has not necessarily become clearer. In fact, almost a year-and-a-half later and the waters remain just as murky.

In a nut shell, Steam Machines are pre-built gaming computers using minimum hardware specifications outlined by Valve. The minimum requirements allow the new SteamOS to be fully supported, along with any games developed for it. One neat feature is that Steam Machines will be able to stream games from regular PCs and Macs (as long as they have Steam installed,) allowing access to Windows or OS X titles. This essentially opens the door for companies to develop and offer a wide range of Steam Machines to the public.

By itself, the idea of a Steam Machine is quite a tantalising one. But in context, far less so. Frankly, it is difficult to know who the target audience for Steam Machines are. Sitting in one corner are hardcore PC gaming enthusiasts who have already built gaming PCs with the processing power of a small space station. There seems little to no incentive for this group to even consider purchasing a Steam Machine.

In the opposite corner are console owners, who may not own top-of-the-line gaming PCs. If these gamers don’t own or don’t have the technical know-how to build a gaming PC, a Steam Machine could be a possibility. But this group may be more than comfortable gaming exclusively on their consoles, are happy to rig up a HDMI cable from their PC to TV, or are unwilling to fork out extra dough for a Steam Machine.

Of course, these groups are not mutually exclusive either with many people owning both current gen consoles and fully capable gaming PCs.

So is there a market in the middle? Are there people willing to part with a significant amount of money for a piece of hardware that hasn’t made a strong case for its purchase? Valve certainly thinks so. As does 14 hardware companies, each of whom have announced their own version of the Steam Machine, ranging from $500 to $6000.

I have no doubt that each Steam Machine will be of excellent quality in its own right, even without having necessarily made the case for its purchase. But there seems to be more afoot here than what meets the eye. It isn’t far-fetched to assume that this push is part of a longer term strategy from Gabe and Co. to become a necessary part of everyone’s living room, similar to the initial marketing strategy of the Xbox One. Skulking around Valve’s website will net you terms like “living room hardware” and “ultimate entertainment platform.” Even the physical design of most of the proposed Steam Machines resemble a console or device that could easily become an inconspicuous part of the living room.

This is about Valve getting into our living rooms, competing with the console manufacturers and other companies like Apple vying for our attention. And fair enough too. If not Valve, it will be someone else. Valve is not only looking to arouse our interest, it wants our undivided attention for the long haul. That begs the question of what Valve has in store for the Steam Machine going forward, but that’s a question for another time.

But without a compelling reason to invest in a Steam Machine in the first place, to make this a “must buy” for gamers, is Valve cutting off its nose to spite its face? Certainly the initial novelty of the idea coupled with the zealous following that Valve has built up will see an initial surge in sales. But once that period has passed, then what?

Valve needs to let go of any built up hubris. Even the biggest companies can fail on the hardware front – just look at the recent debacle over Google Glasses. Indeed, Valve has indicated that it will have a large presence at GDC, which takes place in early March and that Steam Machines will be front and centre. They certainly need to be. It’s time to cut through the silence and give it to us straight. For an average Joe like myself, who owns a number of current gen consoles and a semi-decent gaming PC, I need to be convinced that Steam Machines have a rightful place in the gaming ecosystem. What gap do they fill? What makes them unique and sets them apart from something that isn't already readily available? All questions I would love to see answered.

But as we all know, Valve has always marched to the beat of its own drum. Maybe Valve will surprise us? As well it might, because it seems to me that Steam Machines are going to be a hard sell to the average gamer.

I would love to hear your thoughts on Steam Machines. Are you planning on buying a Steam Machine or not? If so, why? Sound off in the comments below.