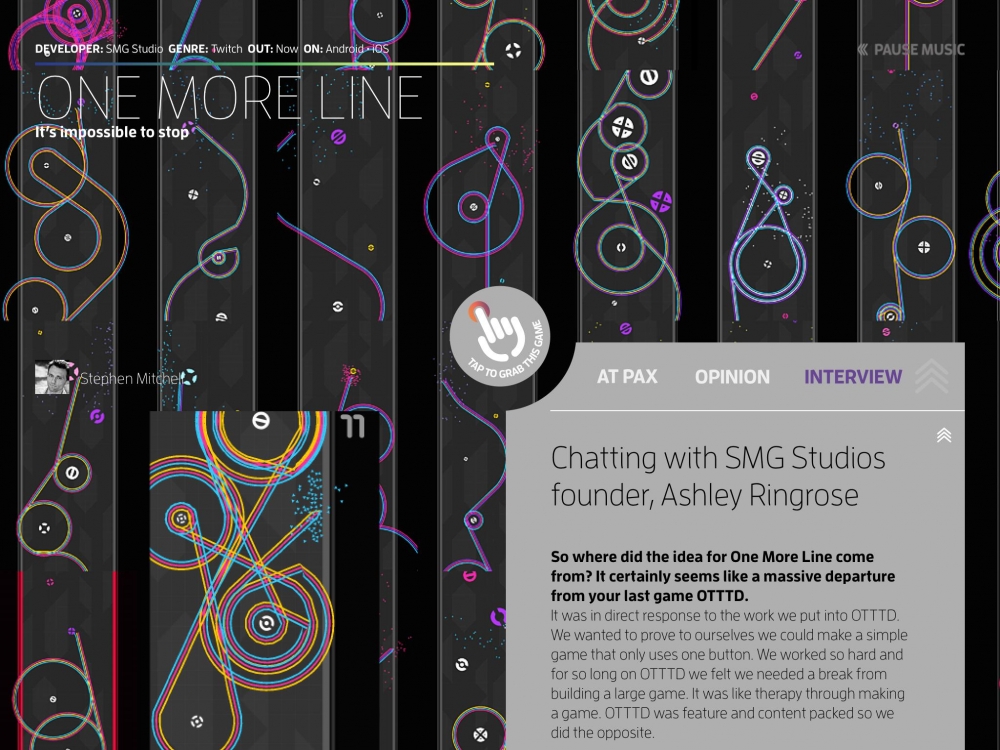 From Avoid Sensory Overload to Wave Wave and yes, even Flappy Bird, gamers can’t get enough of super challenging, instantly replayable arcade gems that lock your mind a way in the cave of focus, where the rest of the world fades into insignificance next to your score. SMG Studios, who recently released the excellent tongue-in-cheek tower defence/RPG hybrid OTTTD, has the next big brain buster and it’s just landed. The game is One More Line.