Update: It has been a big week for movie fans, following the release of the first trailer for the new Star Wars movie, Force Awakens, we also now have the first footage from the next instalment in the Jurassic Park series. As you can see from the trailer above, it looks pretty ace. Bigger, badder and with more beasts, there's no reason to believe that it won't be a worthy new reptilian romp... although it could do with more Goldblum. If the new trailer has excited you, we recommend checkout out Primal Carnage: Extinction. We were the world's first outlet to cover the game, which is an FPS where you can play as the hunters, or the dinosaurs. More information can be found below, including links to our exclusive interview and feature article. 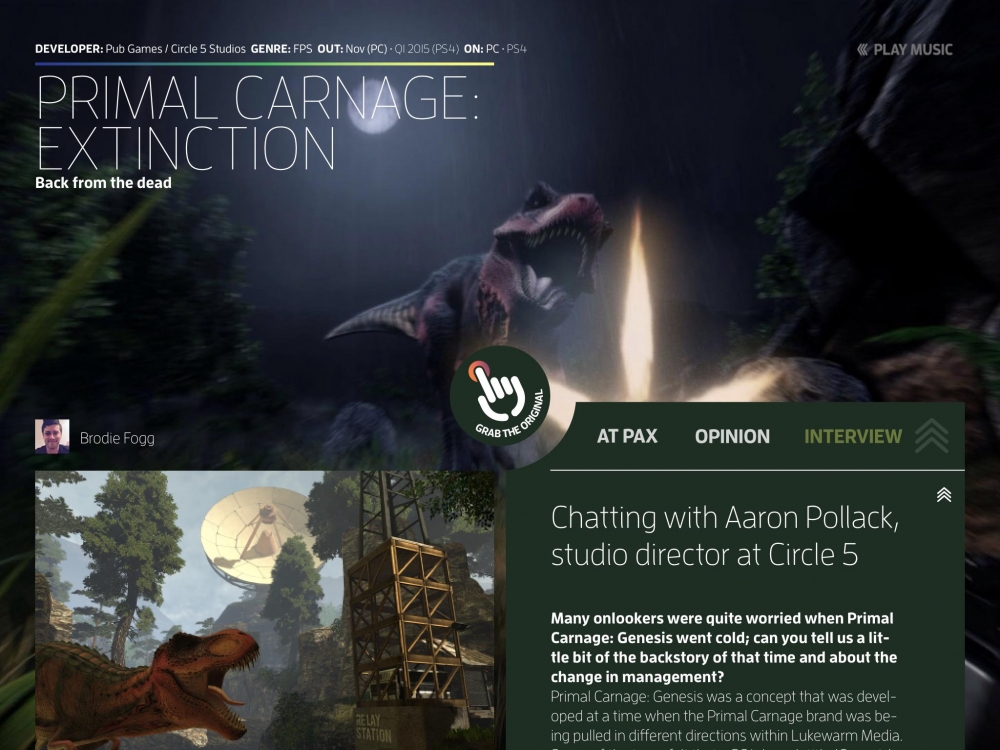