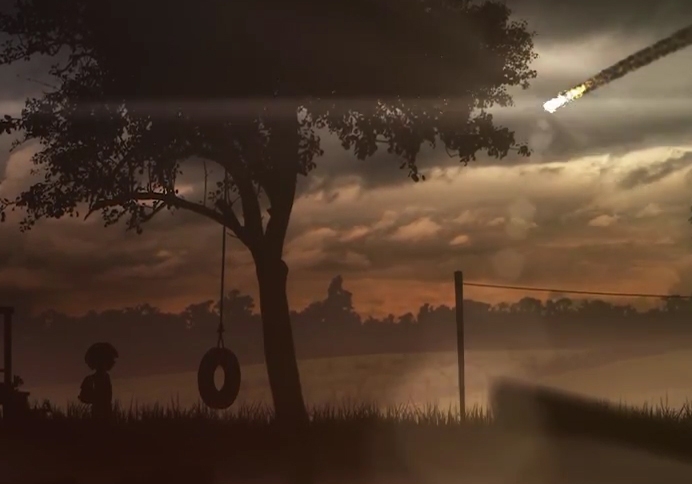 Before them, fire devours, behind them, a desert waste. Nothing escapes them.

Inspired by 2D platformer classics like Another Earth and Oddworld, Windy Hill Studio’s debut game, Orphan, tells the story of boy in a world devastated by an overnight alien invasion. The young protagonist will use every object at his disposal to outsmart and outrun a horde of armoured robots that have been sent to clean up the Earth’s surface by an alien race.

The first thing that will catch your eye is Orphan’s fetching visual style. It’s easy to see why many media outlets are calling it a mix between H.G. Wells’ War of The Worlds, and Playdead’s Limbo. The flashes of lens flare and the dark, silhouetted character models are both throwbacks to the aforementioned titles. But, what makes the visuals so special is the developer’s history with photography. Scenes are a blend of real-life images, layered with raster graphics. Grounding each apocalyptic scene in the real world creates a spooky aesthetic unlike any other. 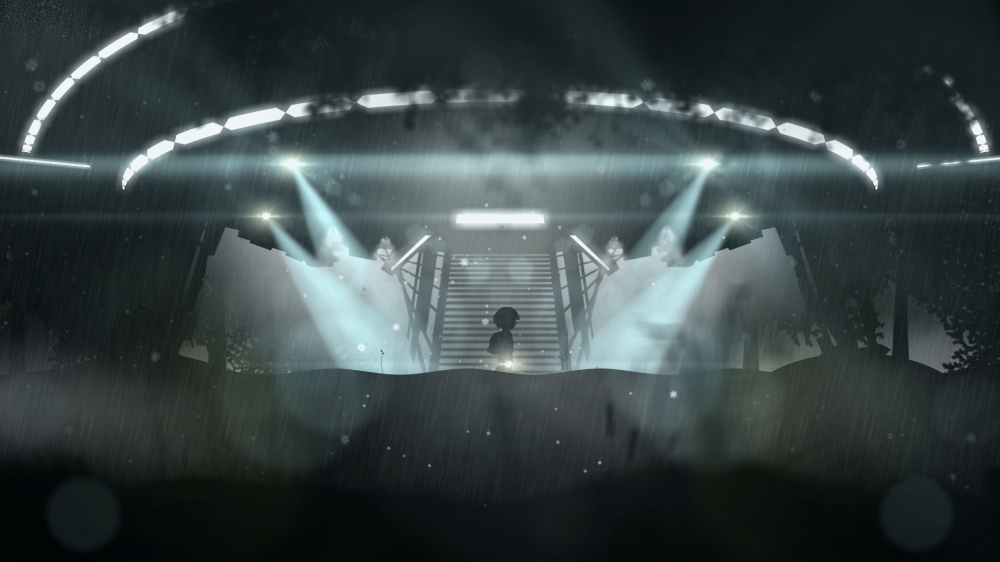 However, what caught my interest in the title was the gameplay. I loved Limbo for all its tricky puzzles and moody atmosphere, but the way Orphan implements combat - by giving the player access to makeshift armour, weapons and powerful alien technology - gives it a kind of 90s sci-fi adventure feel.

Orphan has only six days, and just under $9000 left to hit its $32,000 funding goal. The game will be available for PC, Mac, and Linux at release, and will eventually make its way to PS4 if the game hits its $36,000 stretch goal. Get Kickstarting here.

If you’re still not convinced that Orphan is worth the spare change in your pocket, check out the sombre trailer below.

All this talk about unique 2D platformers may have you flicking through your collection for something to play. Grab It's got you covered. Check out the magical sidescroller Nihilumbra, and Grab It’s Making of… an exclusive, fully interactive digital book on the App Store to tide you over until Orphan's eventual release.

- Limbo
- Nihilumbra
- Grab It Presents... The Making of Nihilumbra