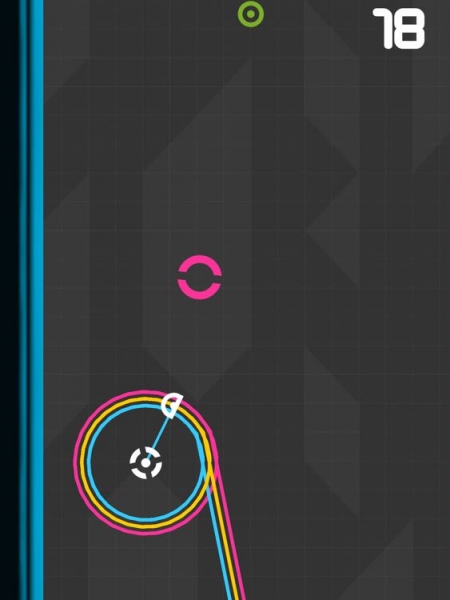 Update: The super addictive one touch arcade title from SMG Studio, One More Line, is hard. Like really hard. Apparently I'm not the only one cursing in frustration either. SMG Studio was at such a loss over all the bad scores being submitted that it's graciously created a "How to play" video to give us poor schmucks a fair chance. Check out the video below, it's actually quite helpful. My high score now stands at 103. Has anyone been able to do better than that? Drop us a line in the comments below.
Grab It Now

Original story: From Avoid Sensory Overload to Wave Wave and yes, even Flappy Bird, gamers can’t get enough of super challenging, instantly replayable arcade gems that lock your mind a way in the cave of focus, where the rest of the world fades into insignificance next to your score. SMG Studios, who recently released the excellent tongue-in-cheek tower defence/RPG hybrid OTTTD, has the next big brain buster and it’s just landed. The game is One More Line.