I really wanted to love Hot Tin Roof. Glass Bottom Games pitches a charming detective-noir adventure set in an open metroidvania world, co-starring a cat with a fedora. While there is plenty to admire about Tin Roof and its inhabitants, the game itself constantly disengages the player through confusing navigation and a branching dialogue system that’s less Maltese Falcon and more Inspector Gadget.

Right off the bat, Hot Tin Roof gives you every reason to fall in love with its adorable cube characters and jazzy soundtrack. You play as a firefighter turned detective, Emma Jones, and her fedora wearing feline, Franky. Immediately, you pick up work investigating a stolen will at a fancy set of high-rise apartments and from there the game’s blemishes began to surface.

People are generally uncooperative in Tin Roof, which in itself isn’t a problem, but when you have to explore multiple branching dialogue paths with no option of backing out, it becomes quite frustrating when the conversation bears no results. Every now and then a hopeful “use clue” option will appear when engaging with a civilian, but too often I would pursue that option only to have my character turn to the companion, Franky, to ask the question. Resulting in the same conversation, over and over. The dialogue is often clever and at times genuinely funny, but I found myself avoiding interaction with NPCs wherever possible, a poor trait for an inquisitive detective to have.

Just as the dialogue has its ups and its downs, I managed to find faults with many other features of Hot Tin Roof that I otherwise enjoyed. Take the revolver, for example: you start out with simple bullets that are useful for breaking down obstacles, but as you progress you’re rewarded with a variety of bullets that offer different abilities. Bubble bullets uncover secret platforms and switches, and grapple bullets allow you to scale tall buildings, adding a vertical dimension to exploration. Unlocking new kinds of bullets gave me something to strive for, and like any good exploration game, it was fun retracing my footsteps to access previously locked off areas with the new technology.

However, your revolver is oddly restricted to four chambers and each time the clip runs dry you’re forced to manually reload by clicking each chamber twice to remove the old shell and replace it with a new bullet. This became particularly trying at times when I was required to switch between two or more abilities. There is a quick reload option, but this is never explained in the game’s tutorial and I only discovered this option about halfway through by looking it up online. 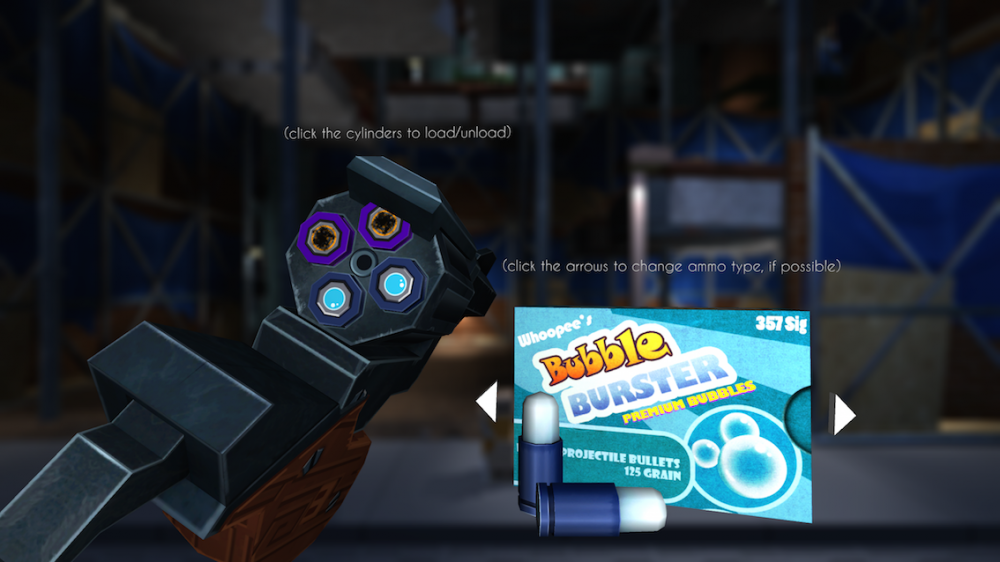 Another thing Hot Tin Roof holds back on is a map. The town of Tin Roof is full of quirky and interesting locales like The Slice of Pi and the The Ossified Egg (the aforementioned apartment complex). It’s the kind of town that makes you want to explore every rundown building and alley way, and meet every rat, cat and human. You pick up multiple cases at once, so you’re given every reason to search every nook and cranny of Tin Roof. The only issue is, Hot Tin Roof plays as a 2D sidescroller on a 3D map - kind of like Batman: Arkham Origins Blackgate on 3DS and Vita. But, without the help of a map to keep track of my position in this cubic world, I found myself running around the same block, never quite ending up where I wanted to go. This gets easier as you familiarise yourself with the town, and may not pose a threat for veterans of exploration games, but the confusing traversal constantly hindered my adventure when I was already unsure of my current objective.

Hot Tin Roof: The Cat That Wore a Fedora gives you a comical world to explore, interesting characters and enough collectibles to keep you plugging away. And, although many of it’s greatest qualities are dulled by odd design choices, it’s still a worthy addition to the Steam store that should satisfy gamers with a penchant for discovery.

Hot Tin Roof: The Cat That Wore A Fedora is available for purchase on Steam at $14.99.