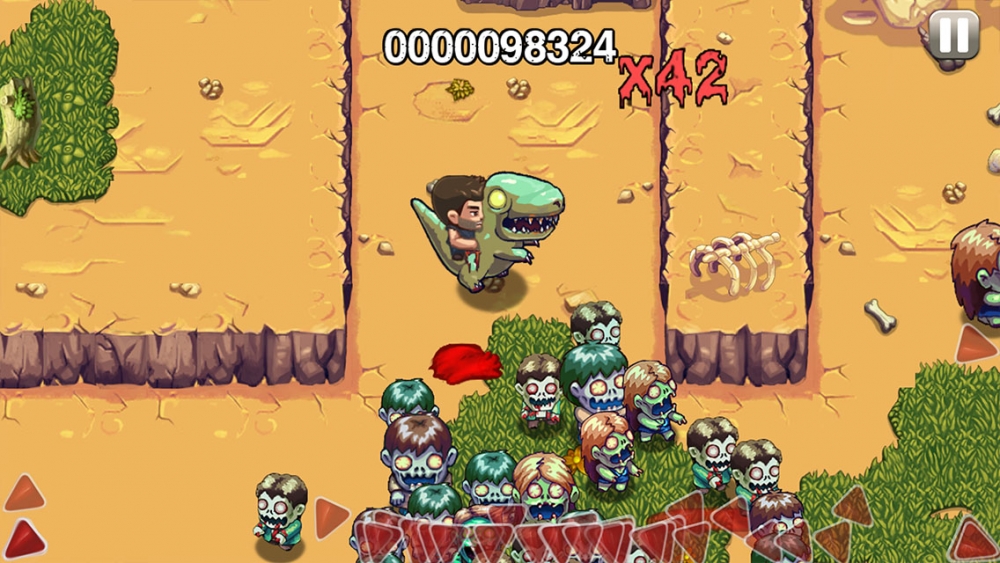 In the four years since Aussie studio Halfbrick released Age of Zombies, it has done some pretty amazing things. Fruit Ninja kind of took the world by storm. Then there was a little hit called Jetpack Joyride. And in and around those titles, releases like Colossatron: Massive World Threat and Bears vs. Art have become favourites, too.

However, Halfbrick has just released what it says is the first of a number of significant content updates for the game over the coming weeks and months. The Age of Zombies, it would seem, has yet to end.

Fans who update the game, or grab it for the first time here, will discover support for all major iOS 7 controllers, including; Logitech PowerShell, Razer Kazuyo and SteelSeries Stratus. They'll also be able to pick up and ride the legendary Zombie T-Rex, which has been tamed by the game's hero - and Halfbrick regular - Barry Steakfries.

Get amongst it and we'll keep you updated on the what undead update next surfaces to the App Store.

References:
- Age of Zombies
- Fruit Ninja
- Jetpack Joyride
- Colossatron: Massive World Threat (One of the showcased games in Episode 2 of Grab It)
- Bears vs. Art