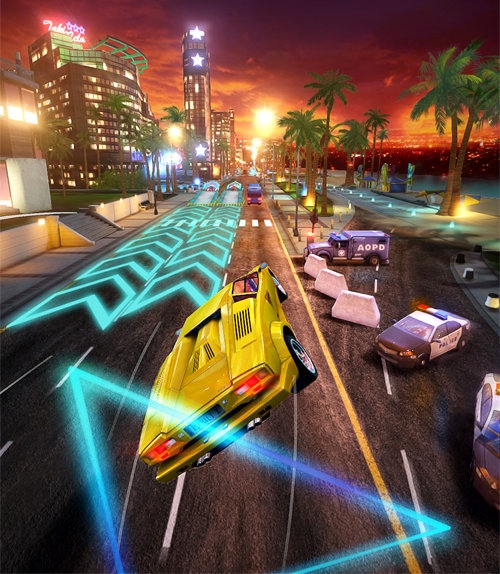 We were quite big fans of Gameloft’s previous entry in the Asphalt series, Asphalt 8: Airborne. In fact, it made our Top 50 Indie iOS Games of 2013 awards. It’s one of the better arcade racers going around if the more realistic experiences of games like Real Racing 3 aren’t your flavour. With the next instalment, however, the developer is going down a far more casual than arcade route.

Effectively an endless driver, you negotiate traffic filled streets by swapping lanes and dodging cops. The aesthetic recalls GTA: Vice City – as does the world map – but it also invokes arcade classic Outrun with its “see how far you can get” dash through bright and colourful environments. The game also appears to have a heavy customisation element. Check out the trailer below to see the game in action. The game will be free when it arrives later this year.