The first issue of Grab It Magazine – The Game Discovery App has just hit the App Store: gamers looking to discover and enjoy the best in new iPad indie games can check it out here.

For the inaugural cover story, the magazine is running a feature interview on the extraordinary game Thralled, coming to iPad in 2014. Thralled is an atmospheric thriller that plays out as a sidescrolling platformer. It tackles the issue of servitude in 18th century Brazil from the perspective of an escaped Congolese slave, Isaura, who is searching for her stolen son and her sanity. Heavy stuff, to be sure.

I caught an early trailer by chance one day and it made quite an impact on me. So much so, I reached out to developer Miguel Oliveira with the idea of doing an interview for an article in Grab It. As he took me through the background of how and why he was making the game, what it meant to him and the impacted he hoped it would make on those that played it, I was impressed. It felt like the type of experience people needed to know about - so I asked Miguel if he was ok with us putting it on the cover and he gave us the thumbs up and a passionate interview.

In the app, you’ll find all the details of my chat with Miguel Oliveira and this intriguing and important game, Thralled – we explore exactly what it will offer your brain, your soul and your fingers when it arrives later in 2014. All up there are 14 exclusive interviews, 22 in-depth reviews, five feature articles and plenty more in the app, all of which unfold not as articles, but as interactive experiences build from the ground-up for iPad. It’s over 15-hours of entertainment - pick up your copy now.

And also keep an eye on our Get Grab it to 5000 page, where we are holding daily prizes, high score challenges and posting making of diary entries about Grab It’s creation as we try to get the word about the new app spread across the Net. Help us hit 5000! 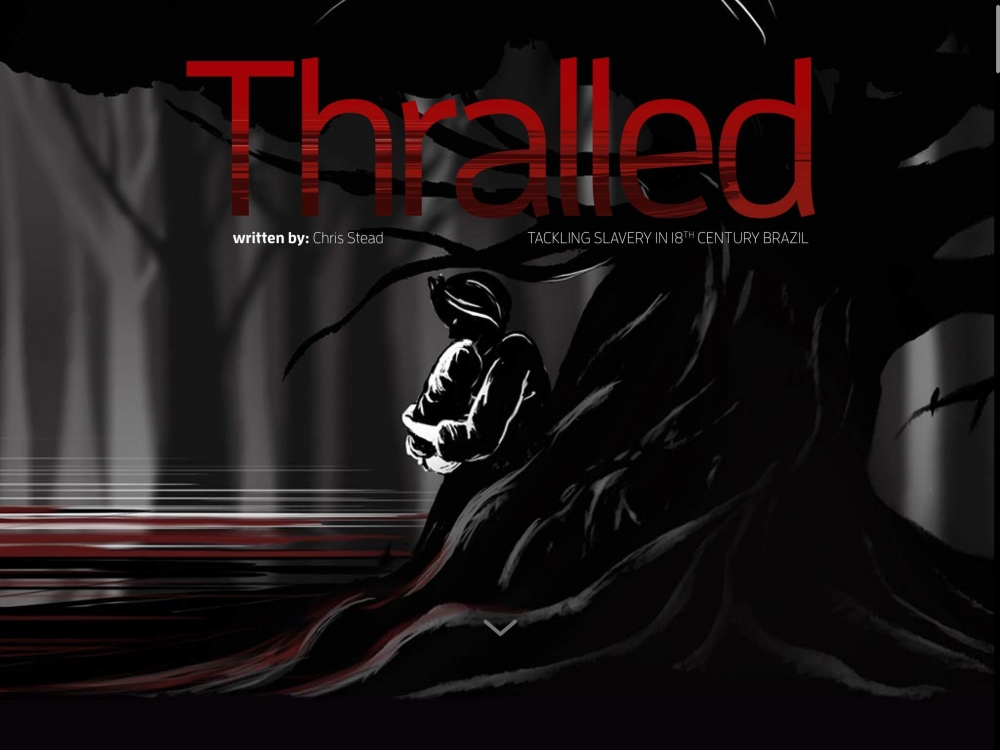