Surgeon Simulator developer Bossa Studios has “100% confirmed” via their dev blog that their title I Am Bread will be releasing on iOS once the game launches out of Steam Early Access later this year.

I Am Bread casts players in role of a single slice of bread, with the ultimate, life-affirming goal of becoming toast.

The player awkwardly navigates the slice of bread around various sections of a house, looking to get toasted in any way possible, which now that I think of it, sounds like the kind of thing you overhear teens discussing on the bus ride home. This task seems to pose a similar challenge to Octodad, but rather than using four separate buttons to manoeuvre long, unpredictable tentacles, you’re moving each corner of the slice – with the added challenge of a "grip" metre. How this control scheme will translate to a touchscreen without it becoming a game of twister with your digits is yet to be seen (but that’s likely to be half the fun). 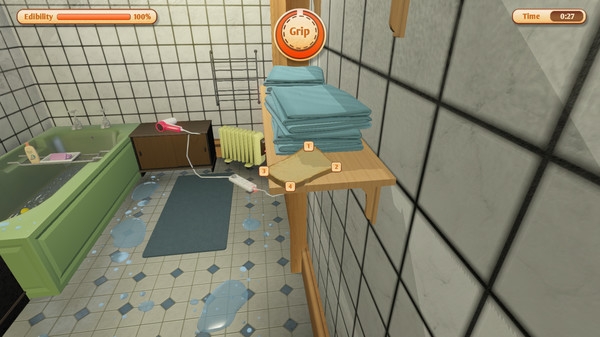 One thing’s for sure, if the transition is anything like its off kilter simulation predecessors, Surgeon Simulator and Goat Simulator (which both boast four-star ratings on the App store), quick fix mobile gamers will embrace the toasty title with open arms, and watering mouths.

If you can't wait for some bread-based gameplay, check out the arcade classic Toast Time.