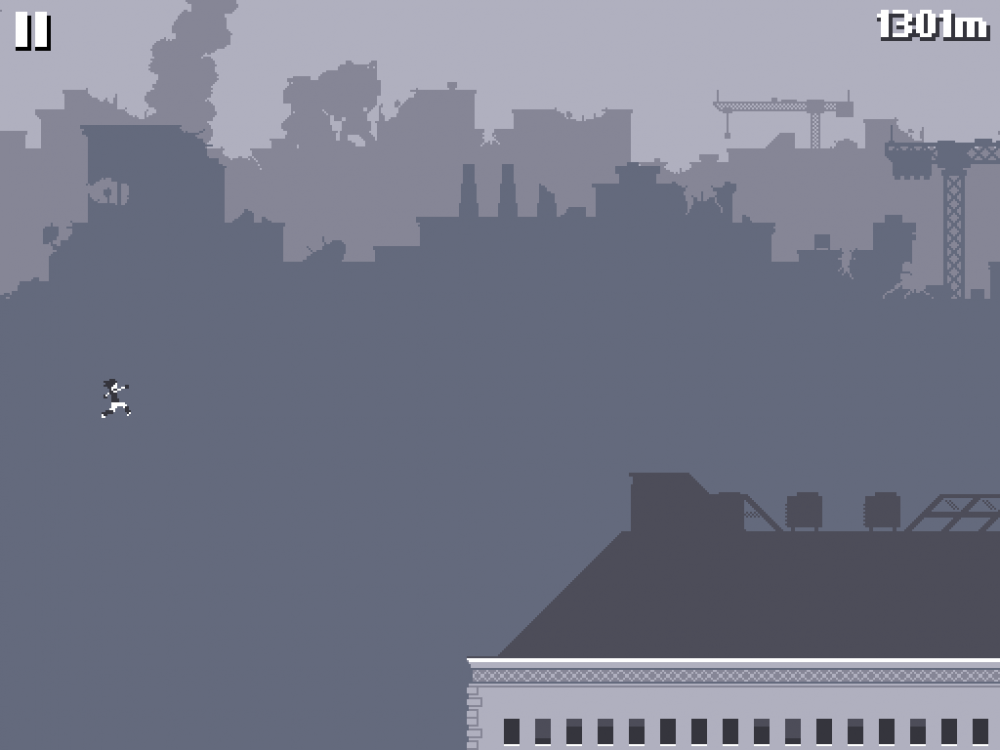 Endless runners generally follow the same concept; a silent protagonist runs through a variety of locations avoiding enemies, pitfalls, traps and other obstacles to reach the barely attainable high score goal. No doubt you’ve stumbled on these mechanics before – congratulations, you’ve played an endless runner! Thankfully, variations of the theme in titles like Boson X and Jetpack Joyride continue to turn these simple, rock solid foundations into something unique and entertaining.

Such is the case with iconic endless runner Canabalt, one of the first to popularise the genre on iOS and an inspiration to many that have released since. Developer Adam Saltsman has just released an update including several more obstacles, more destructive visual effects, a fresh musical track featuring nerdcore rapper Mega Ran and a new female character. This joins other additional skins to make a roster of four runners, which are randomly chosen between before each new game.

While it brings a breath of fresh air to this classic, the core gameplay remains essentially the same. This new content has, however, succeeded in getting me back for another shot at gaining a high score. The beauty of Canabalt lies therein - it doesn't need to change, but the developer has still bought a few new things to add more flavour.

The update is free for anyone who currently owns the game, or you can grab it from the App Store now - it's well worth the $2.99.