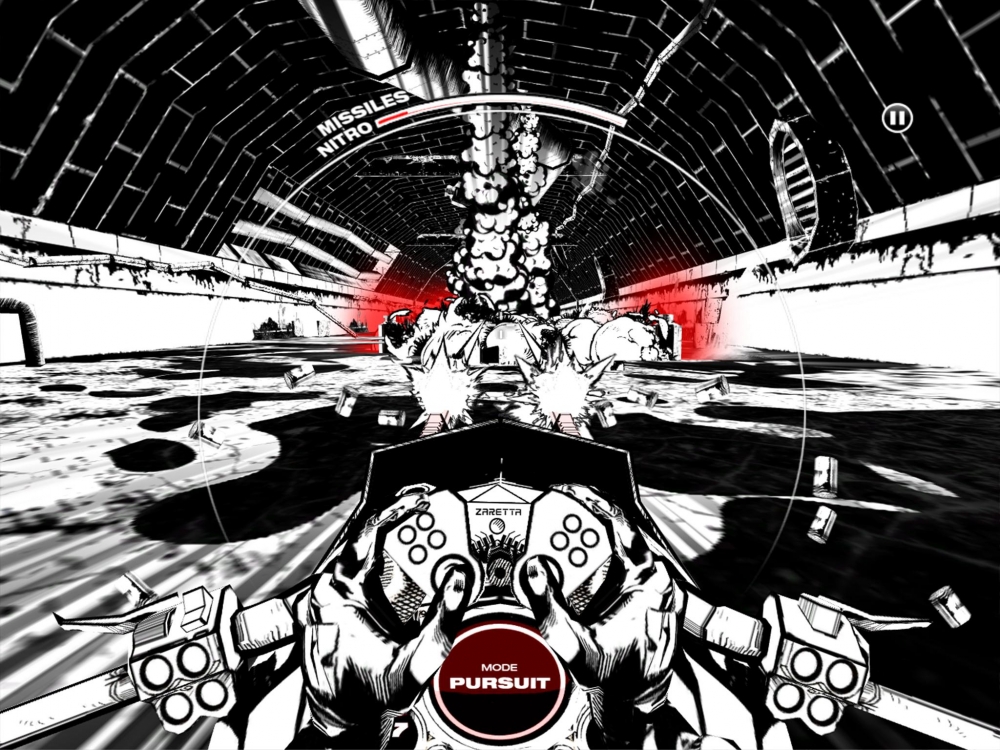 Update: Put on your racing goggles and get stylistic game fans as SXPD is now out worldwide - you can grab it here.

Original Story: David Perry, the dude best known for creating platforming legend Earthworm Jim, has just announced his next game and it's an odd one to say the least. A big fan of eighties ZX Spectrum game 3D Deathchase, he is reimagining it for the modern App Store with a comic book style. In fact publisher OneBigGame is teaming Perry with developer Little Chicken and famed comic artist Duke Mighten to create what it is calling "the world’s first true comic book game hybrid."

How this will unfold is currently unclear, but the game will be episodic - the first entry is subtitled The Rookie - and will come with a 42-page comic, which we assume will bring the noir narrative to the fast-paced car-combat action. Here is how the developer explains the story of episode 1.

"Set in the fictional, privately owned 52nd state of America called ‘New Royale’, Destruction the Destroyer, a soldier of the Secret Order of the Black Seraphim is in possession of a modern day Pandora’s Box. She’s racing to reach a secret location where the box will be opened and calamity unleashed upon the state of New Royale. SXPD Pursuit Force Indigo is dispatched to stop her, recover the box and its mysterious content at all cost, but time is running out..."

As you can see from the short teaser trailer below, the game has a sharp black and white art style that recalls Wii classic MadWorld. The game has soft-launched in Canada, so gamers from that region can grab it right now from here.