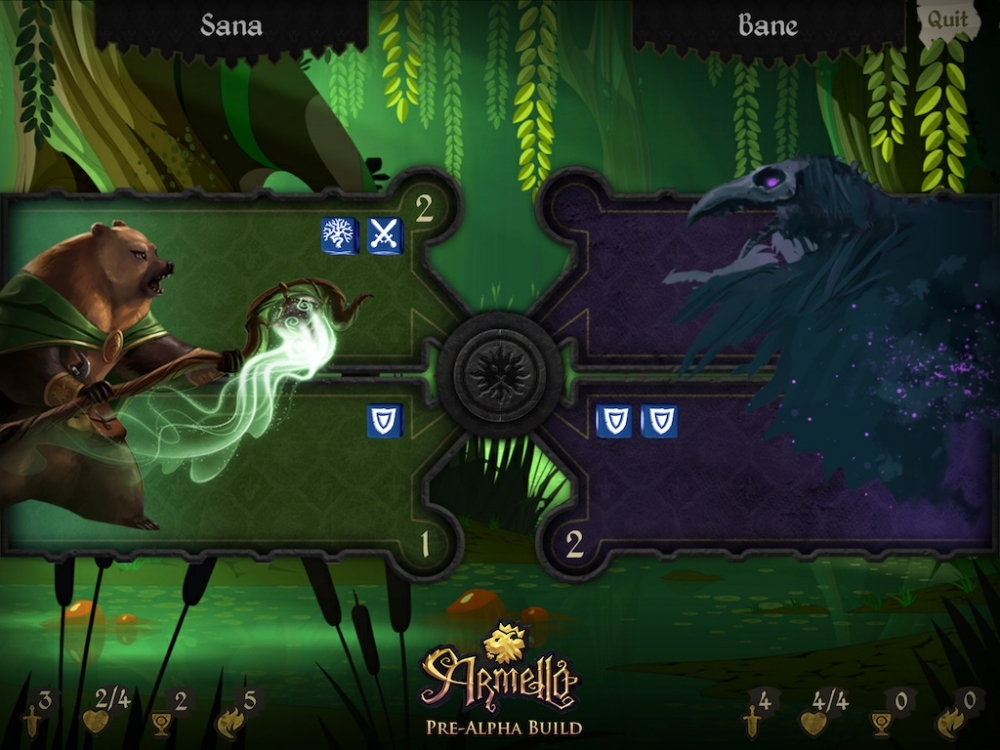 Melbourne developer League of Geeks has announced a January 22 release for the Steam Early Access of its long-awaited title, Armello.

If you’ve read this far and you’re scratching your head wondering what the hell an “Armello” is, then you’re in for a treat. Armello is a tabletop inspired, strategy RPG, where you play as a representative of one of four clans (Bears, Rabbits, Wolves or Rats) fighting for power in a Kingdom that’s succumbed to a dark and mysterious sickness, the rot.

After being successfully funded via Kickstarter, League of Geeks granted backers to an exclusive beta version and so far the feedback has been very positive. We were lucky enough to get a sneak play of the deep gameplay in preparation for Grab It Episode 8. We had a great time traversing the procedurally generated board and you can read out full thoughts and an interview with the developer in the episode. Armello is a complex and layered title that is sure to bring out the competitive beast inside players when it launches.

For those concerned with the game’s quality at Early Access, fear not. Trent Kusters of League of Legends has reminded fans that the game has been playable for quite some time now, and LoL has received loads of feedback and support from the Armello community, meaning the version that will be released on the 22nd will be worthy of your attention.

Check out our preview of Armello, and interview with League of Geeks’ Trent Kusters in Grab It Episode 8.