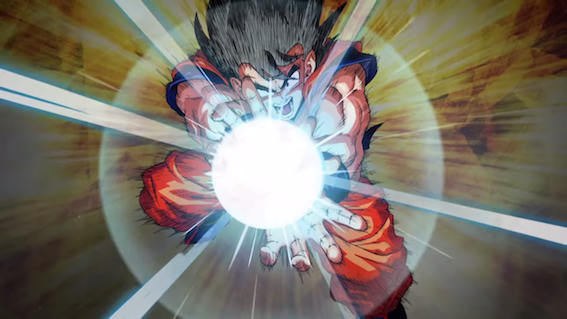 Nineties kids rejoice, the App Store has you covered. Not only have we received word about Pokémon TCG’s imminent arrival on iPad, but now tantalising news has surfaced revealling that Namco Bandai will be bringing the beloved Dragon Ball Z universe to mobile devices via Dragon Ball Z: Dokkan Battle.

To be fair, this is not a first for the franchise. Tap Battle for Dragon Ball flew under the radar when released in and the Dragon Ball RPG never made it to western audiences, so it’s reassuring to know that Namco Bandai has confirmed a western release for this upcoming title and will be throwing its full support behind it.

What Dokkan Battle is exactly remains to be seen, but Namco Bandai has posted a mysterious teaser on their website in preparation, which you can view below. What are your thoughts? Another tap fuelled fighter? Or maybe an RPG adventure in the vein of Dragon Ball Origins? Whatever it is will be announced later this year. We’ll be sure to keep an eye on things as they progress.