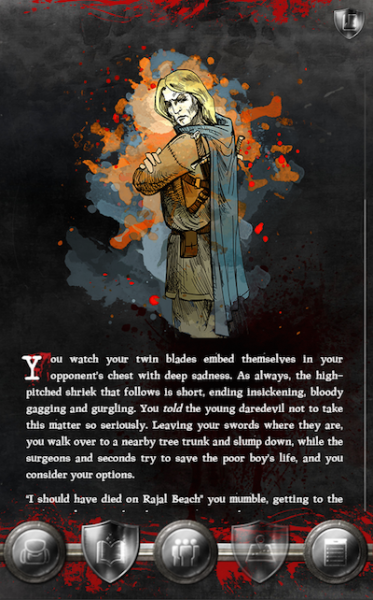 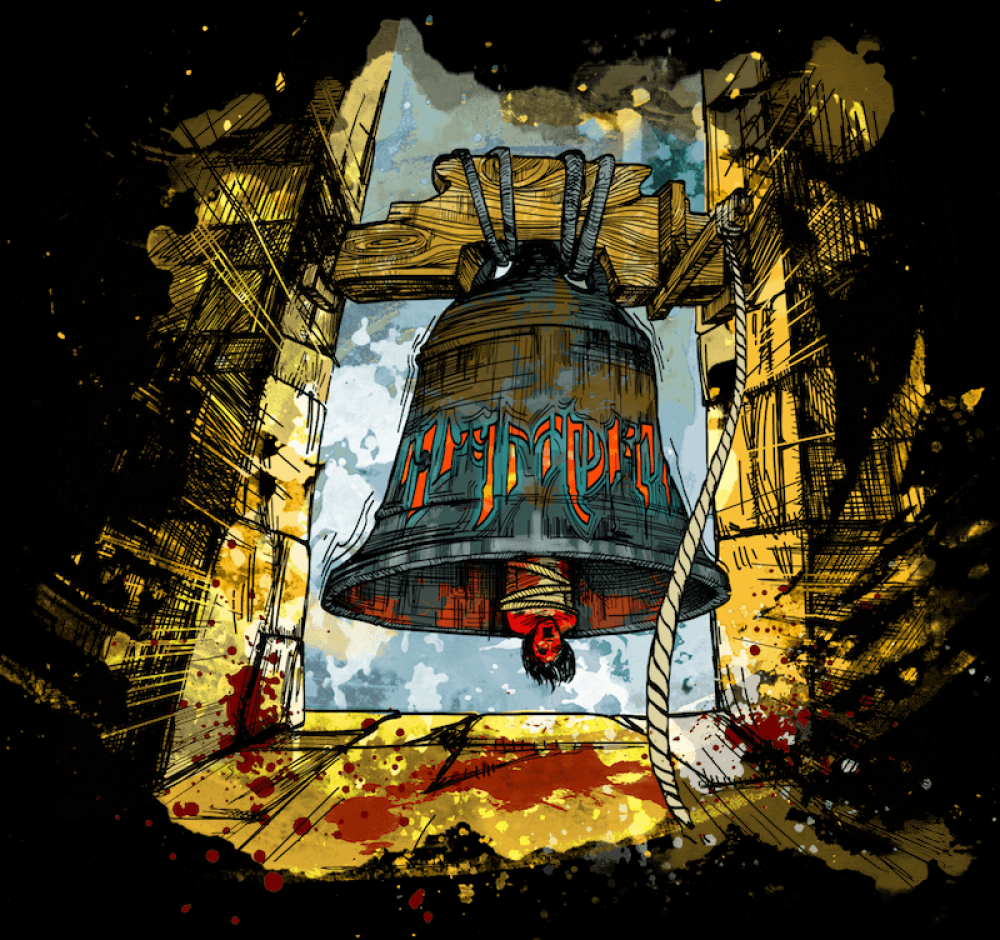 While other digital gamebook developers like Tin Man Games and Forge Reply have been innovating in this space for years, I think Liber Primus Games is about to take it to the next level. Working together with two other players online, you'll be able to vote together to make key story decisions and also share items. On paper, this idea sounds fantastic and I can’t wait to see how it plays out. Hopefully, there’s no opportunity to grief other players as this might sour the experience. Nonetheless, you can also play the game solo if multiplayer isn't your thing.

Don't Miss: Our exclusive "reinvention of the gamebook" feature with Tin Man Games in Grab It Episode 6 for iPad.

In keeping with the mature tone of the original gamebooks, A Land Fit for Heroes has an incredibly stylistic flair to it. As you can see in the screenshots, the art style uses bright and eye popping colours thrown together into a portrait-like, splotchy watercolour painting. The vividness of the colour palate is almost shocking to the eyes when applied to some of the more dark and sombre scenes. It’s hard to look away from that picture of the fellow hanging upside from the bell, blood splattered all over the belltower. I absolutely love it!

We don't have too much longer to wait to get our hands on this badboy either. A Land Fit for Heroes will be available for Android and iOS at the end of October, and for PC in December.