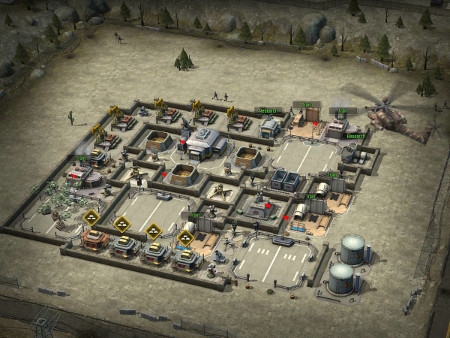 We're taking a good long look at online strategy games this month, following the release of Episode 7 of Grab It, which features the world exclusive making of feature for Tiny Troopers Alliance. It's set to take the lead in a genre that is really gaining some big name IP. And like a well-oiled machine, this includes the Call of Duty juggernaut, which continues to rumble on with little sign of slowing down. The latest entry in the franchise is the Clash of Clans-inspired iOS title Call of Duty: Heroes, currently in soft launch in Australia and New Zealand. I spent some hands-on time with the game – which I would like to stress is still in beta – and came away rather unimpressed.

In its current incarnation, Heroes is a peculiar title that doesn’t quite seem to know what it wants to be. By its very nature – a base building game released on mobile devices – it is arguably aimed at a casual audience. However, the impression I get is that Activision is also seeking to appeal to the rusted on Call of Duty crowd (those of whom don’t look down their noses at "casual gaming.") While certainly not alienating purely casual players, Heroes is tuned towards those players who have played other entries in the series. The ability to call in killstreaks like Attack Helicopters and deploy heroes like Captain Price will be immediately familiar to veterans.

But speaking as a veteran of the Call of Duty franchise (having sunk thousands of hours into the series over the course of many years), I couldn’t have found my hands-on time with Heroes more dull. Whereas games like Boom Beach come alive with interesting and colourful environments, Heroes is rather sterile and lifeless. Players’ bases are located on a square block of parched war-torn land; a rather uninspiring setting for erecting an equally bland and generic array of military buildings.

Having built up and fortified your base, players can complete campaign missions and attack other players’ bases, pillaging resources like gold and oil. These features are stock standard for the genre, but it felt like I was simply going through the motions. While there is some sense of progression as your base, coffers and victory tally continue to rise, there is little satisfaction to be found. The term “rinse and repeat” comes to mind.

As expected, IAPs feature prominently with real money being used to purchase in-game currency. This currency can be used to buy structures, speed up build timers or even purchase a shield that protects the player from enemy attacks while offline. The current structure of the IAPs is frustrating, providing a huge advantage to those willing to pay. In theory, a player could strategically plan it so that they amass a huge army, crush all resistance and never be susceptible to retaliatory attacks.

As noted, the game is currently in soft launch. There’s still plenty of time for developer Faceroll Games and Activision to make changes based on player feedback. But I can’t help but feel that this latest entry in the Call of Duty franchise is going to miss the mark. Having gone for a middle-of-the-road approach to appeal to everyone, it wouldn’t surprise me if it ends up pleasing no one. Even its namesake may not be enough to save this one.