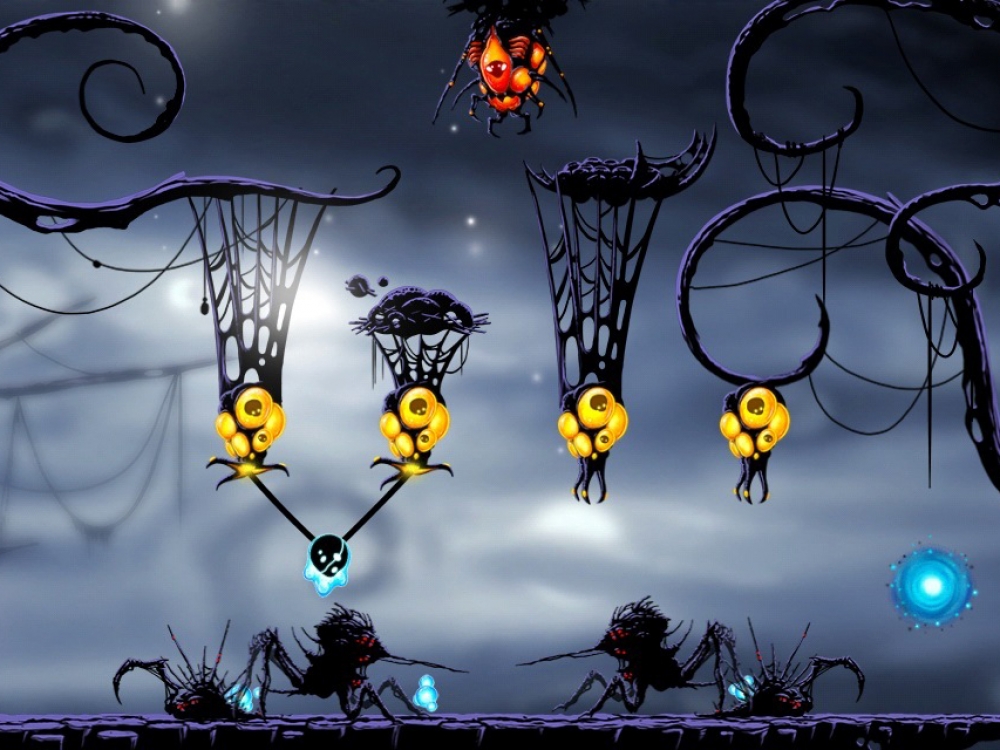 We stumbled upon Biosis by fluke, but we're very happy we did load this heart-wrenching puzzle platformer to our iPad. We showcased the game in Episode 6 of Grab It, alongside 11 other titles, and you should check that out for the full review. Here, we're going to have a chat with the game's Ukrainian 2D artist and illustrator Konstantin Salanda, about the creation of the game.

I love how organic the world feels and how the puzzles feel like an extension of that - what were the inspirations behind the various creatures? Was it by careful design that they play into the puzzles and exploration?
About inspirations, I really don't know. I just closed my eyes and tried to imagine different creatures and worlds. I created many sketches for that, but only a few were used in the game. Especially because, initially, the game had an absolutely different look and many things were changed.

The story of Mil and his partner strikes close to home for many: how personal was this story?
When I was eight, I created my first comic and it was about these two creatures Mil and Likin. I still have this old copybook somewhere, which includes inaccurate illustrations created by marker pens. Maybe I'm a romantic, but I like a different kind of love story and these two creatures fit the idea. My next game will revolve around the magic of love, too.

Did you take much from other touch-based puzzle games?
In the same moment that I wanted to create and innovative puzzle game, I also wanted to make one that had classic physics puzzles. For example, I used the classic element rope, because rope comes with very good physics. All the creatures have two different abilities, which is where I tried to innovate, but it also made it hard to make.

I did find, on occasion, my swipes weren’t recognised when I needed them to be; is this something you have identified and are planning to work on for an update?
Yes, I know the game is a little too hard to control. We've already made a few updates to make the game better and I'm planning to update it more. I'm planning to create new chapters for it, too, but I need a little time for that. Sadly, I still have to work during the day as a freelance 2D artist and game designer, and can only work on my projects at night.

Would you tackle another emotionally charged game for your next project? Why or why not?
As I said before, Biosis was my first solo project and it's given my a huge amount of experience. I know my next project will be better and more interesting. But sorry, I can't yet talk about that.

Nothing at all?
I've already started work on two new projects. One is small - just for fun. Another is big and one I hope will be a huge success. Once I have finished the first sketches I will send them to you so you can see what you think.