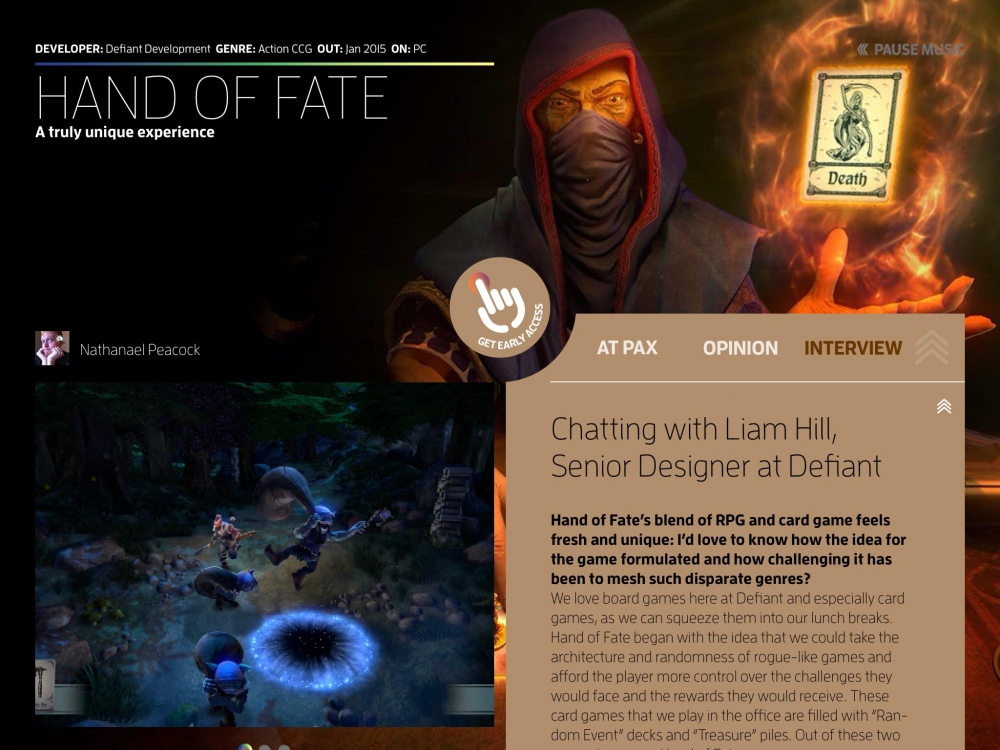 Defiant Development’s Hand of Fate is one of the year’s most exciting releases,. It blends elements of the collectable card game phenomenon powered by the likes of Hearthstone: Heroes of Warcraft and Magic the Gathering, with real-time Batman-like combat mechanics, all under a rogue-like action-RPG metagame. It’s a tricky blend of genre’s to pull off, but the developer has spent considerable time working on the idea and the result is something unlike anything you have played before.

As part of our huge Episode 8 of Grab It, Defiant was one of 68 developers we showcased and interviewed, and you can read the making of and our opinion of the game by picking it up from the App Store here, and reading it on your iPad.

For our gameplay preview, you can watch the video below. Or if you own a PC, PS4 or XBO, you can grab it right now from the respective marketplaces and start playing.

You may also like our exclusive in-depth look at the making of Magic the Gathering in Episode 6 of Grab It, where we speak to Wizards of the Coast about the iconic series eighties origins, all the way through to its current digital editions.

References:
- Hand of Fate
- Hearthstone: Heroes of Warcraft
- Magic 2015: Duels of the Planeswalkers
- Episode 6 of Grab It
- Episode 8 of Grab It