Assault Android Cactus just received a September 23 release date on PC - with PlayStation 4, Vita and Wii U versions arriving in Q1 2016 - and you should be excited. 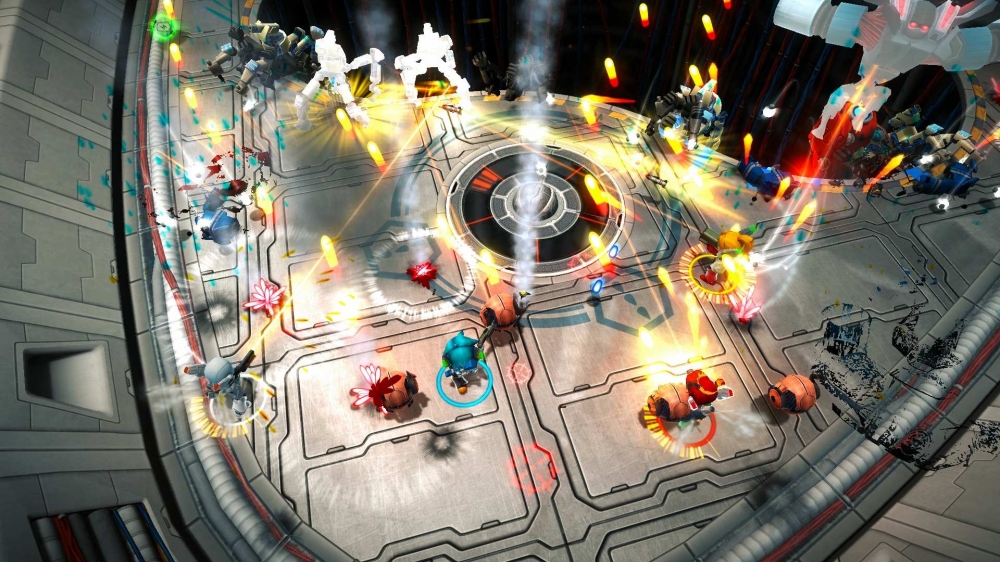 Wait calm down. We're not suggesting that Assault Android Cactus will rival the mighty Super Mario 64 for a spot in the video gaming hall of fame, but Australian developer Witch Beam's long coming sci-fi action-fest does remind us of Mario's genre-busting game. Nintendo did the unthinkable with that pioneering N64 title, taking the 2D sidescrolling platformer gamers treasured beyond all else, and seamlessly integrating it into a fully 3D world. At the time, gamers were gobsmacked, as not only had the company done the seemingly impossible, it wasn't even a sloppy job - it was incredibly solid.

Witch Beam has tried to do something similar with Assault Android Cactus. It takes the classic 2D vertical scrolling bullet hell experience into a 3D landscape, and it works. All the genre hallmarks are here, but by using controls similar to a twin-stick shooter and maximising an isometric viewpoint, the developer has managed to take that old school gameplay and make it feel just as frantic and dynamic from an all new perspective. We played the hell out of it ahead of our huge making of feature in Episode 8 of our iPad digital magazine Grab It, which we highly recommend you check out.

While the game is currently available in Early Release, the countdown is now on to the full launch on September 23, with console versions landing in early 2016.