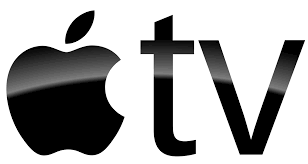 Several contenders - Amazon Fire TV, Ouya and PlayStation TV to name a few - have tried to make a go of the strange middle-ground we’ve come to call microconsoles. The alluring idea of a more affordable console platform however - on which games might sell hundreds of millions instead of millions (much the same as in the mobile arena) - has so far failed to ignite.

Out of those three mentioned, the best positioned for potential success was surely Sony. With decades of experience in the console space, a vast back catalogue of games to draw from, and an already established fanbase to tap into, it causes one to wonder why the PS TV didn’t take off. Sales saw a boost in early 2015 after Sony dropped the price of its newest gaming hardware, but still, the PlayStation TV hasn’t exactly become a household name.

It’s hard to argue however that the iPhone and iPad - even if you don’t own one yourself - aren’t just household names. Everyone knows someone who has one.

Apple has broad-reaching brand awareness across the tech-consumer landscape, as opposed to Sony’s dedicated, but much smaller fanbase in the gaming industry. If the rumours are true and Apple does release a new Apple TV with its own App Store, some onboard storage and a physical controller, then everyone on planet Earth who owns an iPod, iPhone, iPad, iMac or MacBook will be made aware of it by Apple, and many of them will buy one.

People didn’t buy the iPhone originally for gaming, but it does gaming exceptionally well. It’s that broad, pre-existing Apple fanbase who will take the next stepping stone in the tech giant’s list of products and purchase the Apple TV - probably with the intention of consuming media. If the design gurus led by Jony Ive put the same amount of care and attention to detail into it as they have all of Apple’s other products, then no doubt purchasers will soon discover that Apple TV also does gaming exceptionally well.

And as with the iPhone, those people will talk and word will spread. Microconsoles might be about to become an industry after all. If the Apple TV succeeds in gaming, then competition will surely follow, meaning success for Apple would be a good thing for the previously mentioned Amazon, Ouya and PlayStation TV, as they’d now have a space within which to compete rather than having to create one.

We at Grab It look forward to playing and reviewing games on yet another platform, and if these years of persistent rumours finally bare fruit we may be doing it sooner rather than later. Bring on September 9.

Hey Siri, give us a hint.